Outside of Xalapa is a small town called Xico. It is noted for it's colonial architecture, cobblestone roads and a really beautiful 300 foot waterfall called the Cascada del Texolo. If you search for photos of Xico you'll almost certainly find photos of the waterfall.

So for an afternoon trip I thought that I'd take a little trip to Xico. It was only about 20K from Xalapa. I took out Emi and began to ride. I found the town and took a few photos. 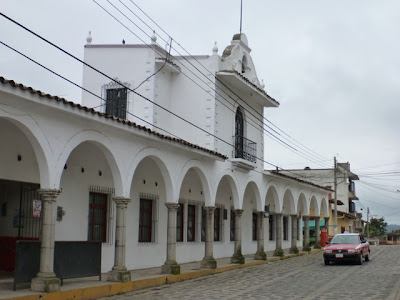 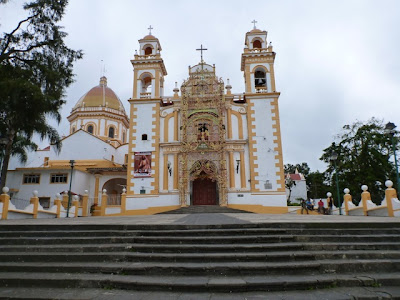 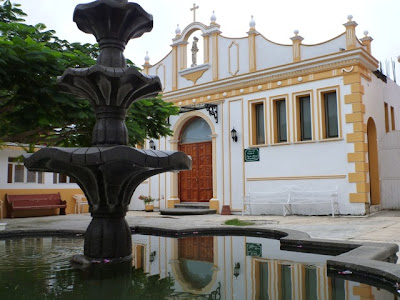 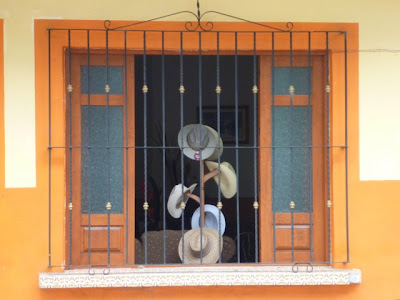 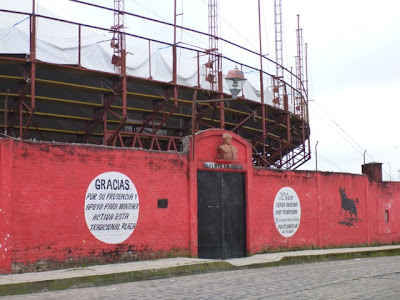 I didn't really think the architecture was that representative or impressive. Maybe I was in the wrong part of town.

But, what I was really excited about was the waterfall that resided about 3K outside of the town. I got some directions and headed out. 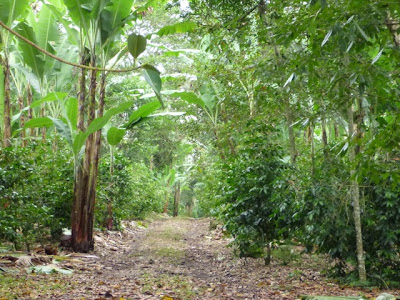 It was a nice ride over cobblestone roads through coffee plantations.

I came up on the site. Parked my bike and began the short hike to the falls. There were other Mexican tourists as well. I followed the path and came across the waterfall. 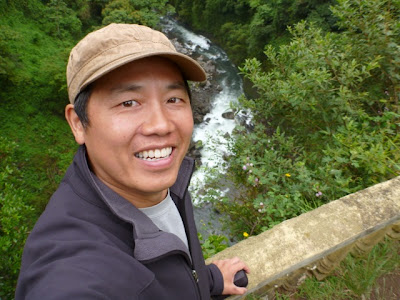