Life Lesson: The Raj (King) and the Sandals 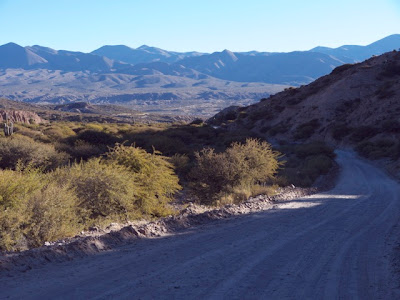 Long ago, people happily lived under the rule of a king. The people of the kingdom were very happy as they had a very prosperous life with abundance of wealth and no misfortunes.
The king decided to go on a travel to visit places of historical importance and pilgrim centres at distant places. He decided to travel by foot to interact with his people and accompany them. People of distant places were so happy to have a conversation with their king and they were proud that their king was so kind with a good heart!
After several weeks, he returned to the palace. He was quite happy that he visited many pilgrim centres and could see his fellow people leading a propitious life. However, he had regret.

He had intolerable pain in his feet as it was his first trip by foot to longer distance. He complained to his ministers that the roads weren’t comfortable and were very stony. He could not tolerate the pain as he walked all the way through the rough path.

He said he was very much worried about the people who used to walk along those roads as it would be painful for them too!

He made an order to cover the road of the whole country with leather so that people might feel comfortable, immediately.
The king thought that he had to change this for the betterment and happiness of the people.
His ministers were stunned to hear his order as it would destroy the life of thousands of cows to get the sufficient quantity of leather and it would cost a huge amount of money also.
A wise man from the ministry came to the king and said that he had another idea.
The king asked - what was his alternative idea. The minister told, ‘Why do you want to kill the holy animal cow to cover the road with leather? Rather, you can just have a piece of leather cut in appropriate shape to cover your feet?’
The king was very much surprised by his suggestion and applauded the minister. He ordered for a pair of leather shoes for him and requested the countrymen to wear shoes.

MORAL:  Many of us criticize the world for many things. We curse and blame the things in our surroundings and never understand that we need a change in us. Changes are inevitable in the world, and the changes should be from us. We cannot or should not force others to make a change.
By Troy - August 21, 2015 No comments: 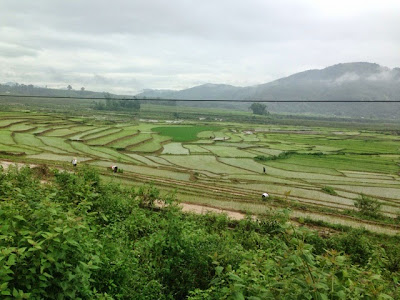 Once upon a time, there lived a very wealthy man in a big town. He had all sorts of wealth and led a luxurious life. He had every luxury one could imagine. He always enjoyed boasting of his luxurious life to his friends and relatives.

His son was studying in a distant place and he returned home for vacation. The rich man wanted to show off to his son how rich his father was and how he made him very proud. But his son wasn’t ever fond of any luxurious lifestyle. However, the rich man wanted to make his son realize that his lifestyle was extremely rich and how the poor people did suffer. He planned for a day visit to the big town to show him the life of the poor people.

The father and the son took a trip into the big town. They returned home after two days. The father was happy that his son was very quiet after seeing the poor people honoring the rich man and after seeing the sufferings of the poor ones due to lack of facilities.

The rich man asked his son, "Dear boy, how was the trip? Have you enjoyed it?"
The son replied, "Yes my dad, it was a great trip with you."
The Father asked, "So, what did you learn from the trip?"
The son was silent.
The Father said, "Finally you have realized how the poor suffer and how they actually are."
Replied the son, "No father…"

He added, "We have only two dogs, they have 10 dogs. We have a big pool in our garden, but they have a massive bay without any ends. We have luxurious and expensive lights imported from various countries, but they have countless stars lighting their nights. We have a house in a small piece of land, but they have abundant fields that go beyond the sight. We are served by servants, but they serve people. We are protected by huge and strong walls around our property, but they bond with each other and surround themselves. We only buy food from them, but they are so rich to cultivate their own food."

The rich father was stunned to hear his son’s words and he was completely speechless.

Finally the son added, "Dad thank you so much for showing me who is rich and who is poor and let me understand how poor we are!"

MORAL:  True wealth is not measured by money and property we have. It is in the friendship, relationship and good compassion we share with the others.
By Troy - August 14, 2015 No comments:

Life Lesson: Tree and the Traveler 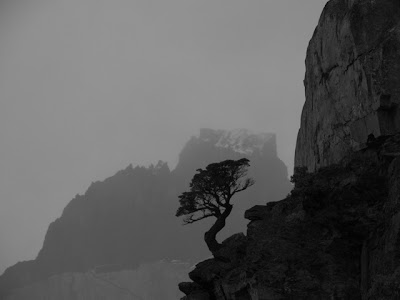 There was a big tree more than hundred years old located in the middle of a dry land. It gave rest and shelter to hundreds and thousands of travellers. The tree was located at the centre of four different towns, act as a connection point of all towns and villages in the nearby area. However, except the big old tree, there was no other tree that can offer rest to the people. The tree has a huge and broad trunk with innumerable branches which spread the shadow covering a wide space.

One day, two travellers were travelling from a distant place and tried to reach a town located at the east of the tree. They were walking for several miles on a hot and sunny day. They started their journey from early morning and it was almost mid noon. The sun was too hot and they could not walk anymore due to the heat. They were completely exhausted! Fortunately, they reached the place where the tree was located.

They were very happy to see such a big tree with breezing wind. They decided to take rest under the tree. They slept for some time happily enjoying the soothing cool breeze of the tree.
They felt hungry and one of the travellers decided to climb the branches to see whether the tree has any fruit.  Since it is not a fruit-bearing tree, the traveller was disappointed.
He started cursing the tree owing to his hunger. ‘Oh, this is just a useless tree and it has nothing to feed us, not even a fruit or even nuts! It is of no use!’

The other traveller composed him and asked him to stay cool. However, the traveller was so angry due to hunger and cursed the tree.

The tree, which could not tolerate the cursing words of the traveller, in a sad yet strong voice, ‘You can’t be so ungrateful to me. Just look back at the condition when you reached here in the hot and dry sun! I offered you cool and comfortable place to rest and sleep with soothing breeze. If I’m not here when you are very tired you would have died now! I saved your life from the hot sun, but you humiliate me!’

The traveller realized his mistake and apologized to the tree.

MORAL:  Every creation of God has innumerable benefits to the mankind. There is good in everything and we often fails to notice the good! Also, don’t badmouth the one who helped you.
By Troy - August 07, 2015 No comments: