Showing posts from April, 2014
Show all

Boats, Windmills and Tulips… Walcheren and The Delta Works 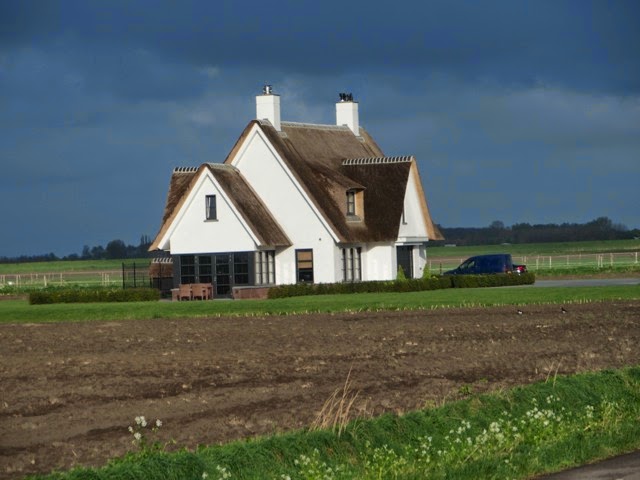 Day 8 - Walcheren and The Delta Works
On this day we boarded a bus and drove through the countryside to the area of Walcheren. Walcheren is a former island in the province of Zeeland in the Netherlands at the mouth of the Scheldt estuary. It lies between the Oosterschelde in the north and the Westerschelde in the south and is roughly the shape of a rhombus.
Originally, Walcheren was an island, but polders and a dam across the Oosterschelde have connected it to the former island of Zuid-Beveland, which in turn has been connected to the North Brabant mainland. The two sides facing the North Sea consist of dunes; the rest of its coastline is made up of dykes. And these sheep seemed to enjoy grazing on the green grass on top of the dykes.
Along the way we saw modern wind turbines used for energy production and water management.
The Dutch reserve the term windmill for the traditional wind catchers. We saw one of those too.
This is the modern map of Walcheren. As you can see the area is ex…
2 comments
Location: Walcheren, The Netherlands
Read more 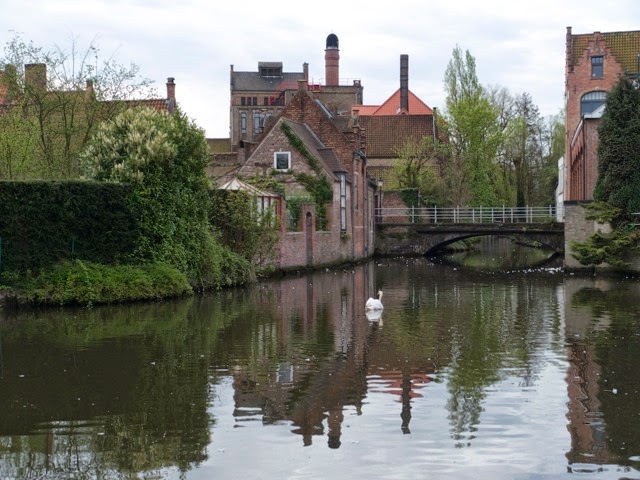 Day 7 - Ghent and Bruges
Our next stop was the city of Bruges. The city is the capital and largest city of the province of West Flanders in Belgium. At one time, Bruges had a strategic location at the crossroads of the northern Hanseatic league trade route and the Southern trade routes. However, starting around 1500, the Zwin channel, which had given the city its prosperity, also started silting. The city soon fell behind Antwerp as the economic flagship of the low countries.
During the 17th century, the lace industry took off, and various efforts to bring back the glorious past were made.
The maritime infrastructure was modernized, and new connections with the sea were built, but without much success, as Antwerp became increasingly dominant. Bruges became impoverished and gradually faded in importance However, Bruges was able to keep most of its medieval architecture intact.  Many of its medieval buildings are notable, including the Church of Our Lady.
The church's brick spire r…
Post a Comment
Location: Bruges, Belgium
Read more
More posts