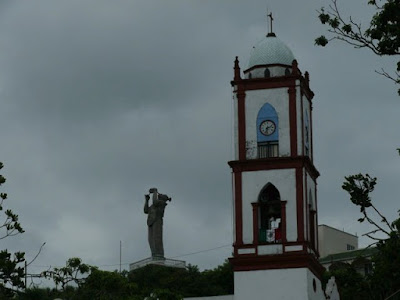 After two days of riding east I arrived in the town of Papantla. The town is known for hosting visitors that wish to visit the ruins of El Tajin.

El Tajin in Totonac is lighting, thunder or hurricane. I didn't want to see any of those, just the ruins. 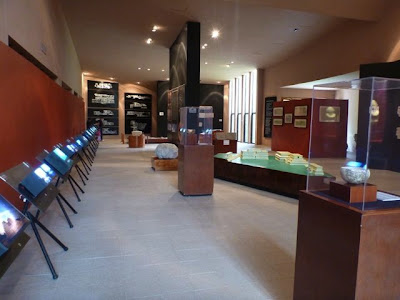 The site has a nice visitor center and museum. I visited the museum first to get a better understanding of the layout. 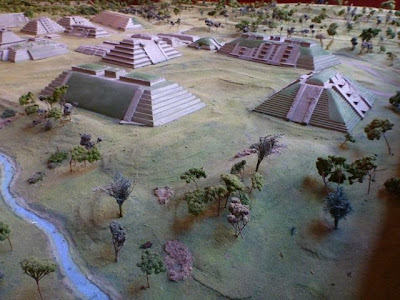 There was this model display of the site and alongside with a complimentary map I thought that I'd walk the grounds.

However, there was a guide that was walking through the exhibit with a small group. He was providing a pretty interesting explanation of the site. I started talking with one of the guys in the group. It turns out that they were a group or architects visiting from Mexico City and the guide was the Director of El Tajin. I asked if I could tag along and they agreed. 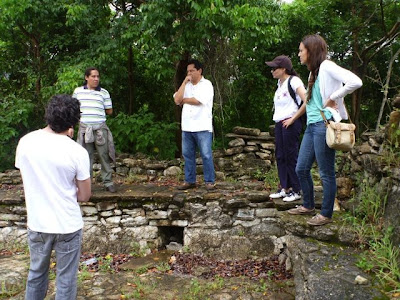 We started walking the grounds. 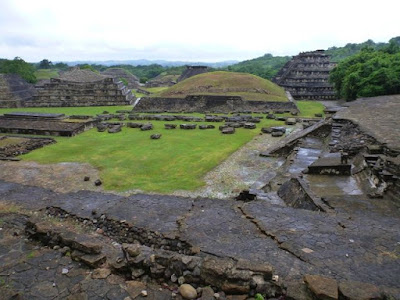 We covered the plaza de arroyo and plaza central. 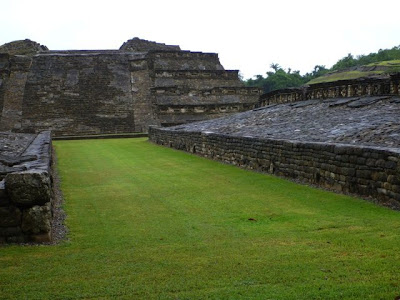 This is a ball court. 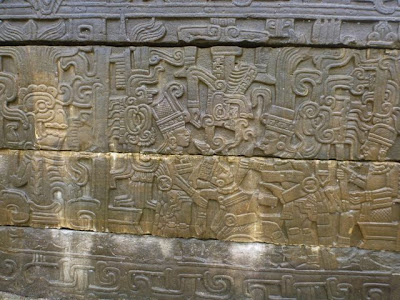 On each corner of the ball court were elaborate carvings depicting the game and mythology of the Totonacs. 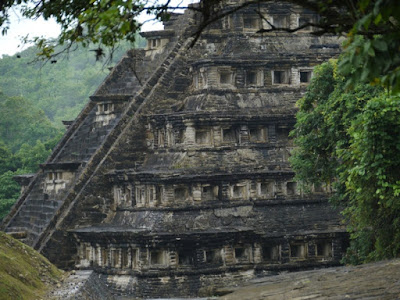 This is the palace of the niches, named because of all the niches built within the walls which contained a symbol representing movement, kind of like a capital "G". 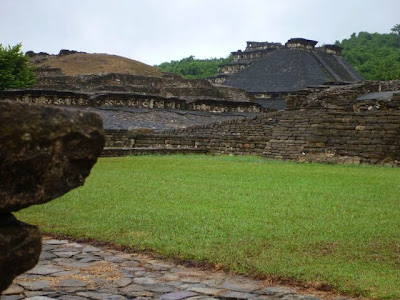 This is a courtyard of Tanjin Chico which was the area where the elites and priests lived. 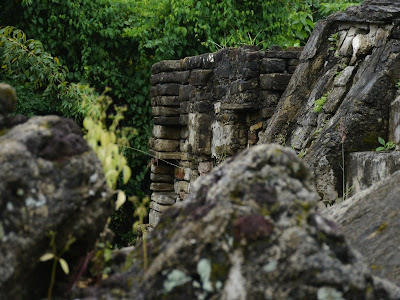 I suppose that one advantage of going on a tour with a group of architects and the director of the center is that we got to go to areas that were prohibited for the public like this unexcavated area that is the palace of Los Tres Conejos (Three Rabits). 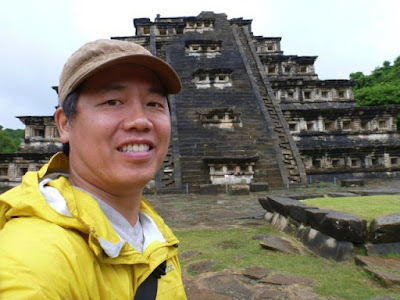 El Tajin was definitely worth the visit. I was fortunate to tag along with the group of architects and get a tour by the director. I think that I may have saw and learned a few things that I probably would not have understood by simply walking the grounds on my own.

At the end of my visit there was a demonstration of Los Voladores (The Flyers). I made a short video of the performance. Check it out.

While I was sitting and watching the performance a large group came and sat down next to me. One of the ladies started talking to me asking me the usual questions. Where are you from? What are you doing here? Do you like Mexico? etc. etc.

Also, since they were eating a picnic lunch that they had brougt she asked if I'd like a sandwich and drink. I declined at first, but she was insistent. Eventually I accepted both. I was actually pretty hungry and the sandwich was really good. I think that it was jamon, queso y chili (ham, cheese and a chili). The chili really added some flavor.

This is the second time that someone has offered me food while I was just sitting around. I'm not sure if it is because I look hungry or if it is just part of the generosity of the culture. I hope that it is for the later reason.