A Ride Along the Coastal Road

Although Puerto Escondido was relaxing, I wasn't really feeling the vibe. It seemed like a bit of a tourist trap. There's the beach, fishing, restaurants and all of it at tourist prices. 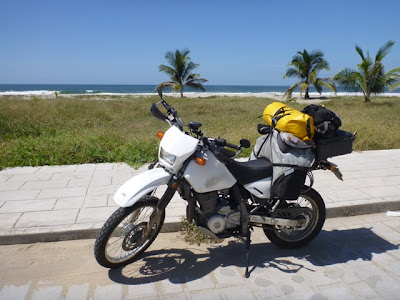 I decided to head back to the interior and take the coastal road to San Cristobal de Las Casas. The trip would take two days of riding so I'd need to find a place to stay somewhere along the road. 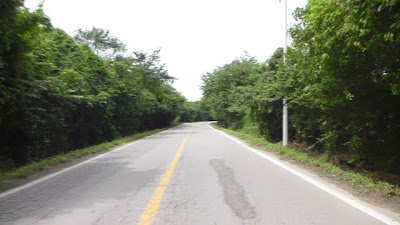 The road from Puerto Escondido to Puerto Angel was straight and flat. It cut through some tropical areas lined with palm trees and papaya farms. 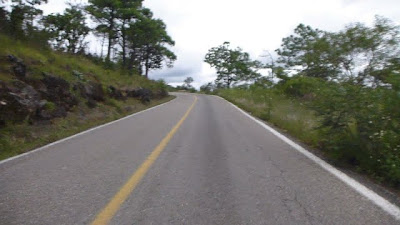 After Puerto Angel the road turned inland and began to wind through some hills. The weather was warm, but the wind from the ocean created enough breeze to make the ride enjoyable.

As I neared the town of Salinas Cruz there was something obstructing the road. There was a line of trucks backed up quite a distance. I gave one truck driver the lifted and twisted hand signal which is generally the signal for what's up. He signaled backed with the same signal, meaning he didn't know. I waited a little while and observed the situation. I noticed that there were some local cars turning around and making a detour. I thought that it might be a good time to do as the locals do. 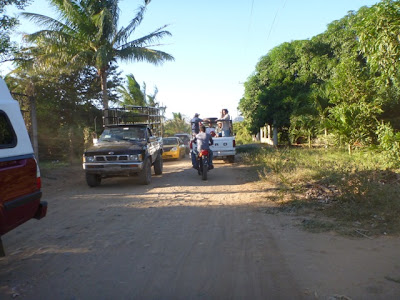 I followed a group of cars down a cobblestone and dirt road. After about 15 minutes we emerged back near the highway and had averted the blockage.

I continued on to a town called Juchitan (pronounced kind of like Hoochie town). I checked into a hotel that had a garage for Emi called the Victoria Yan. The hotel was near the central market so I went out to get a bite to eat. I found a taco comedor and had a light dinner. I passed by the market and picked up some bananas for a late night snack and early morning breakfast. I went back to my room, ate some bananas, watched some National Geographic Channel in Spanish and feel asleep.

I got up the next morning and headed out on the what I thought was Hwy200 to San Cristobal. The road turned from asphalt to gravel to dirt. No problem, I enjoyed the dual sport riding. Asphalt, gravel, dirt, gravel, dirt, asphalt... Emi was loving it.

There were large sections of the road that were under construction. The oncoming traffic would often jump into my lane to avoid the construction. At the last moment they would jump back into their own lane. I also learned to play this game. Kind of like playing chicken, but it only works if everyone understands the rules. Everyone played along and we all lived another day.

I followed the road into a small town, where it abruptly ended into a T. I could go right or left, but not straight as my GPS indicated I needed to go. Okay, I wanted to get off the beaten path so I turned left. I followed the road for a while, then it ended. I turned left again. Followed the road for while, then thought that I should ask directions. For some reason this town was swarming with three wheel motorcycle taxis. I don't know what they call them in Mexico, but I've always called the tuk-tuks. I pulled over one of the tuk-tuk drivers and asked him how to return to the highway to San Cristobal. The pointed north... so I went north. 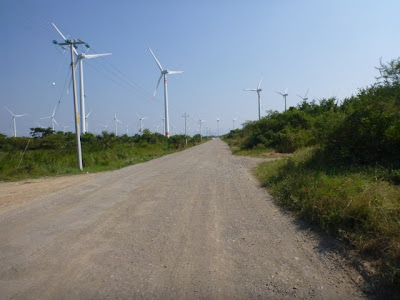 I followed a dirt road for a while and came across this windmill farm. Nice!

I eventually found the highway. As I cruised down the highway the wind was really whipping from the left to right and pushing my bike. I decided to use the technique I call the chicken wing maneuver. Since the wind was blowing across the road from the left to the right, I would stick out my left leg. My leg acts like a sail, catches wind and pulls me straight. It worked great on the straightaways. 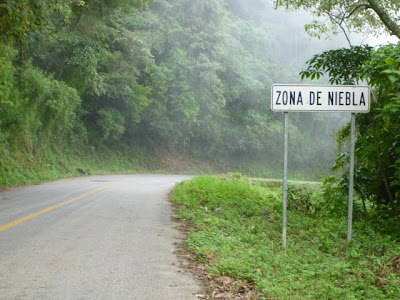 As I neared San Cristobal I needed to pass through some mountains. The road began to wind, the weather got cooler and the clouds rolled in. It's nice riding in the mountains, but not in the clouds. At times my visibility was about 50 feet. I slowed down, put on my blinker so the car behind me could see me and pushed on.

There was this incredible moment when the mountain peaked, the road started to descend, the clouds broke and I was greeted by the sun and some warm air. I took a deep breath and just thought to myself. This is amazing. It was one of those times my life that I needed to capture in my mind. It wasn't about a visual image, there's no picture... it was sensory and being "in" the moment. 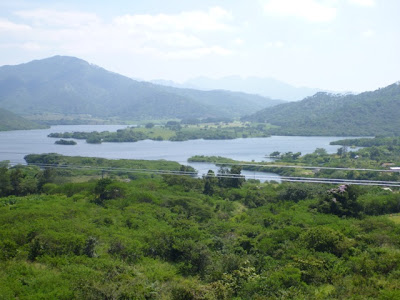 As I neared San Cristobal de Las Casas the scenery was beautiful.

I arrived in San Cristobal de Las Casas and found a really nice hostel called Rossco's Backpacker Hostel. I figured that I'd stay a few days.
By Troy - October 26, 2011