According to my guide book and some websites a must see site is La Casa de Los Hermanos Serdán (The House of the Brothers Serdán).

The house turned museo (museam) is a nice example of a Mexican middle class family house at the turn of the century of the 1900's. 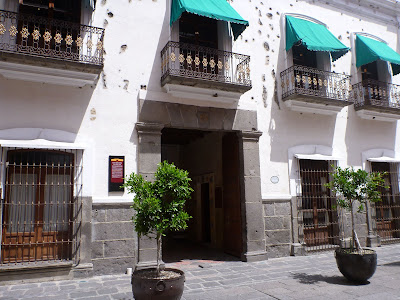 From the outside, the house is quite modest. 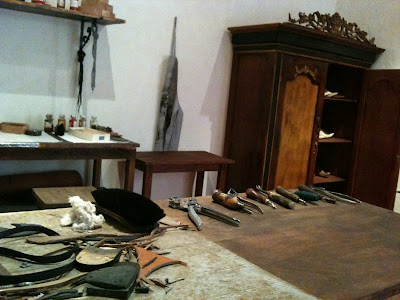 Aquiles Serdán was the owner of a successful zapateria (shoe making business). This was his workshop and some of his tools. 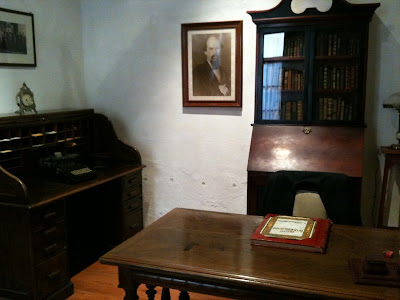 This was his study where it is said that he would entertain visitors and often read about the French Revolution. 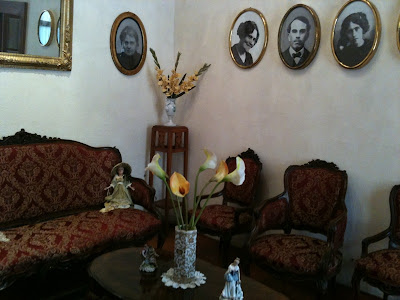 This was a living room in which family and friends would gather to discuss the news of the day. 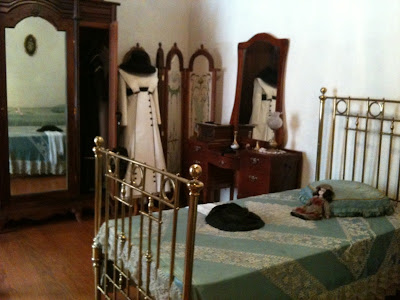 This was a typical bedroom. Notice the lady's dress which was quite in vogue at the time. 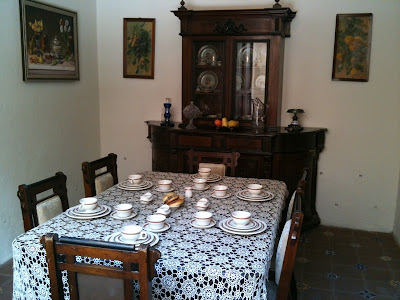 This was the dining room. It was said that dinner time for the Serdan family was quite important. They would gather and eat and discuss politics. 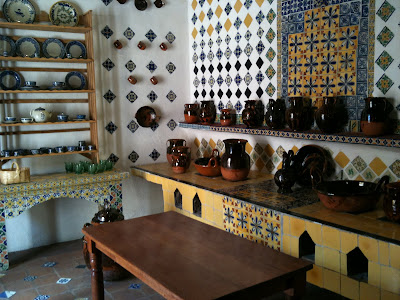 This was the kitchen and was located next to the dining room. It was decorated with ceramic tiles and contained quite a bit of ceramic pottery. 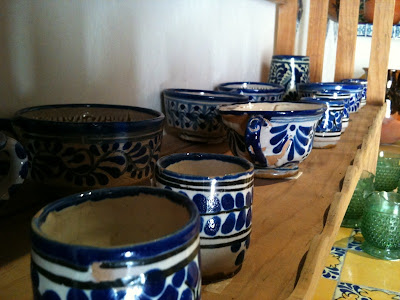 This style of pottery is known as Talavera. It originated in Spain, but some might say that it was perfected and has become a symbol of pottery from Puebla. 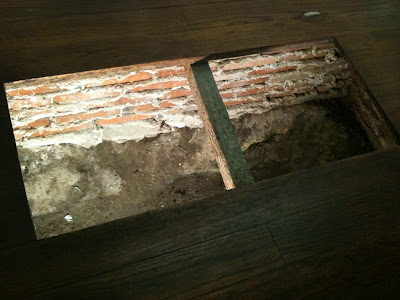 This was a secret hiding place under the floorboards of the kitchen. What? 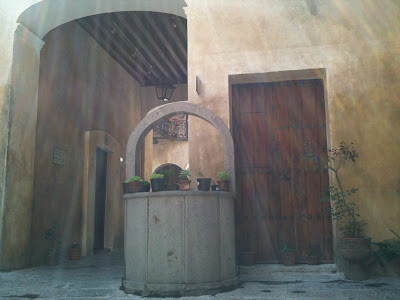 This was the central courtyard of the house. 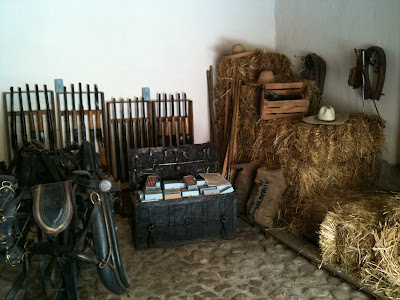 This was the carriage house or garage. And that's a few bushels of hay and a rack of armas (artillery). 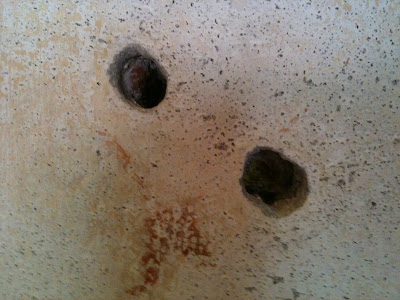 These are some holes in the wall in the front bedroom. Or I should say bullet holes. Look back at the first photo and you'll notice that the front of the house was sprayed with bullets. 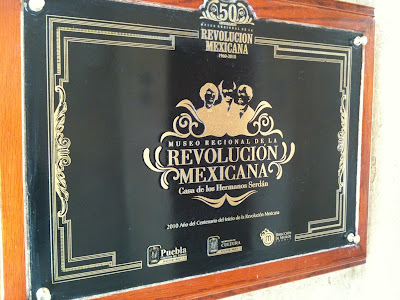 This house is also called La Casa de la Revolution (House of the Revolution) for the following reason.

The Casa de la Revolución was the home of Aquiles Serdán in the very early 20th century. He was politically active in the anti-reelection (of President, some might say dictator Porfirio Diaz) movement of the time and was accused of distributing propaganda against Díaz. It is believed that Serdán and others met and planned in the house the overthrow of Diaz. When the Police caught wind of the plot and that a stash of arms were being stored in the house, they assaulted the building and Serdán and his family fought back, until Aquiles was killed. It is believed that Aquiles was found in the secret hiding place under the kitchen floorboards, but was executed when discovered. The deaths of the Serdan family became a symbol of martyrdom and symbol of resistance to the government in office. Some say that this is where the revolution started. Decades later, the federal government acquired the building from the family to convert it into the museum that is here today.

Walking through this house and learning this history has provided me with a better perspective as to why Mexico has had cycles of strong governments and protest against strong governments. A very enlightening museum and history lesson for me.