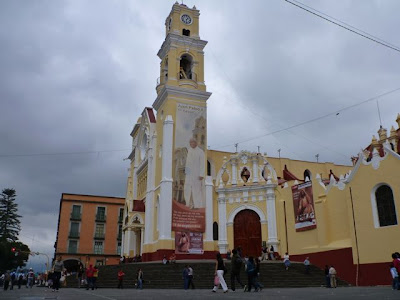 I landed in Xalapa, sometimes spelled Jalapa, and was pleasantly surprised. The locals are known as Jalapeños. I found a place to stay called Hostel de las Niebla (Hostel of the Clouds). It was a youth hostel, but open to all. It was right in the center of town, clean and well run. It reminded me of some of the hostels in Germany. The manager let me park Emi in the garage at night. During the day I found a nice spot next to the Cathedral to park. 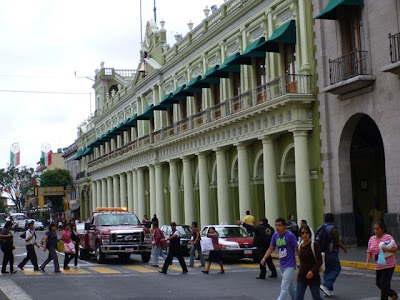 The city seemed like a nice place so I decided to stay for a few days. I also felt like it was about time for me to actually wash my clothes. I had been hand washing my clothes every day or every other day or every three days. I was kind of loosing track. So for the benefit of others, I thought that I´d take my clothes to a lavandaria (washateria) and have it done proper. So I asked around, found one, dropped off my clothes and the lady said that they would be done the next day and cost about $5. Money well spent in my opinion. 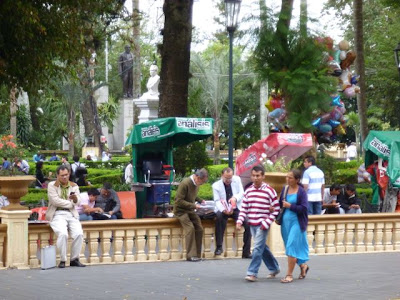 Xalapa´s plaza was hopping. There were people walking around at all hours, vendors selling all kinds of food, toys, art, etc. People seemed to just be hanging out. This was a contrast to some of the cities that I had visited in the north. Hmmmm... I think that I´ve found the real Mexico.

I broke down and ate at a Burger King. I think that it was my first stop at a fast food joint. They did offer all the regular stuff, but they also offered a choice of katchup or green hot sauce, which I liked. 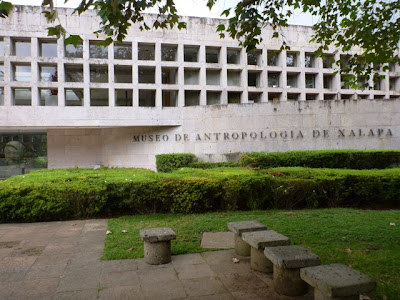 The next day I visited the Museo de Antropologia (Anthropology Museum). My guide book said that it was one of the best museums in Mexico. I was not disappointed. 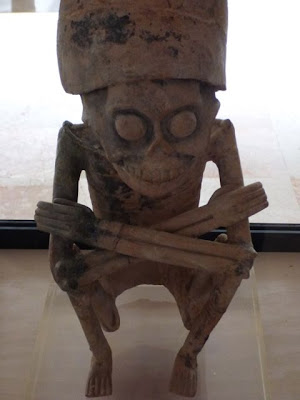 They had a pretty extensive collection of pre-hispanic objects. This is Mictlantecuhtli or the god of death. 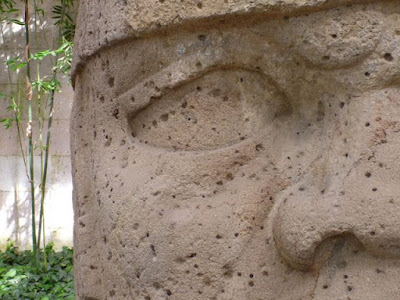 I liked the huge Olmec heads. 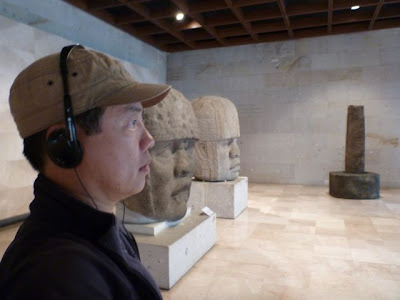 I always thought that my head was big... but these heads were huge! 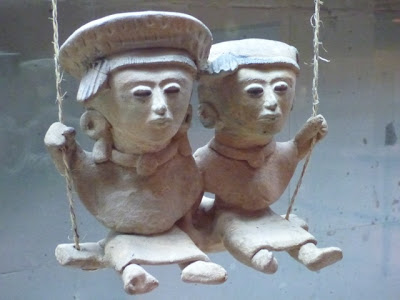 There were descriptions in Spanish of all the pieces, but I decided that it would be worth 20 pesos for the audio guide in english. It was very well done.

Xalapa reminded me of Austin in many ways. It is a university town with the University of Veracruz. There seemded to be a number of art galleries, restaurants, bars and music venues. They have some sports teams for football (soccer), basketball and baseball. 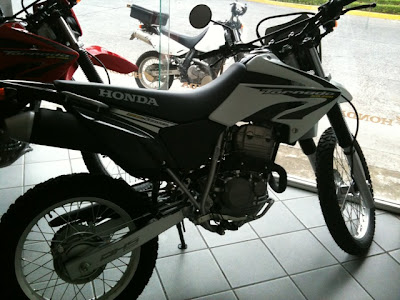 I saw a motorcycle dealership so I stopped in for a look. The dealer only had Hondas, but a few nice ones. Some of the very common bikes that I see on the streets of Mexico are a Honda 125 and 250.

I found an alley that had some trendy clothes and trinkets. I saw some really cool little items that I thought that my nieces might like. I thought about buying something, but when traveling by motorcycle I have to weigh the value of the purchase with how difficult it is going to be to carry on my bike. I feel like I am already carrying too much stuff. I ended up not buying anything.