I left the desert and headed south and west. There was a town about 250km away called San Agustin that I wanted to visit. The road was in good condition. The weather was cooperating as well. 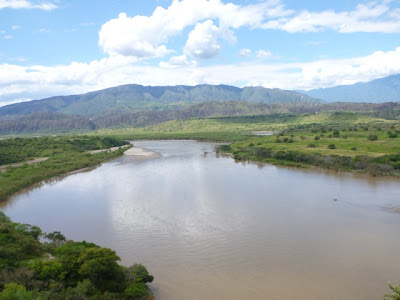 I crossed the Rio Magdalena a few times. Its a long and wide river that cuts a path through the center of Colombia.

Distances in Colombia can be a little deceiving. 250km is not a far distance, but the roads are often curvy and it always takes a little longer than expected. I arrived in San Agustin after about 4 hours of riding. I found a little oasis at which to stay called La Casa de Francois.

After unloading my things I took a stroll around town. I came across a costurera (seamstress) and asked if they could repair a zipper on my pants that had broken. They could and charged me $2000 Bolivias (US$1).

Around the town of San Agustin there are over 400 archaeological scuptures with stone carved statues and tombs. 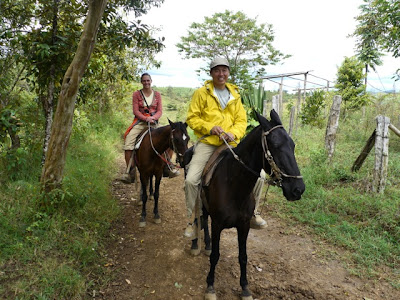 At the hotel, I met a girl named Sarka from the Chech Republic and we decided to take a horseback riding excursion to see the sites. 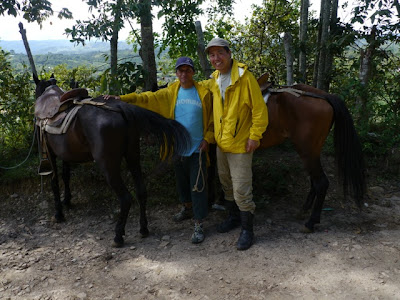 Our guide for the trip was a guy named Carlos. 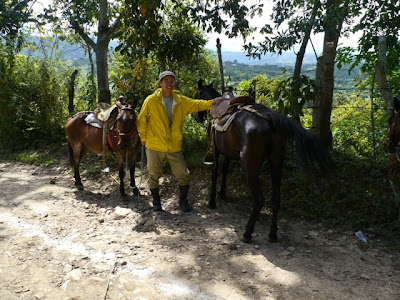 And my trusty horse was called Aceveda. 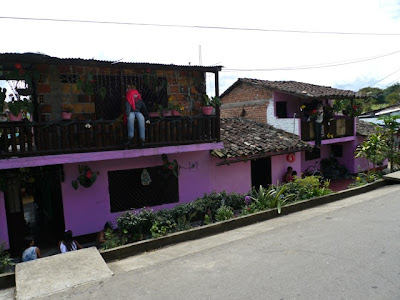 As we headed out of town we came across these houses with these mannequins hanging outside. 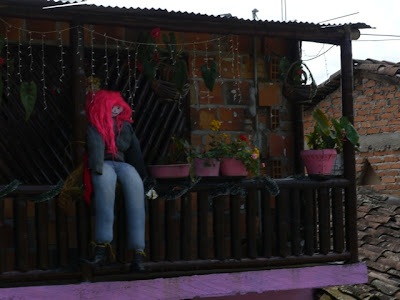 They are called Año Viejos (Old Years). They are constructed of old clothing for the new year celebration. On new years eve they are burned in the streets to symbolize the passing of the bad times of the past year and welcoming in the new year. 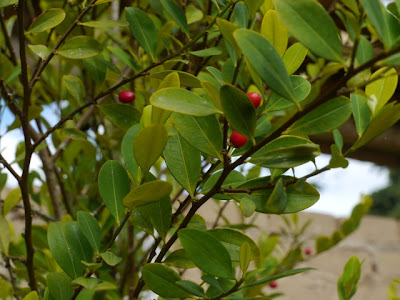 Turns out that Carlos is a bit of a curandero (healer). He knows quite a bit about the local plants and can easily identify plants that can be used for medicine. He pointed out this coca plant which has traditionally been used for many medicinal purposes. 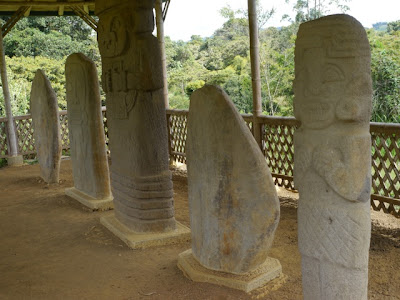 This group of statues was called the El Tablon. 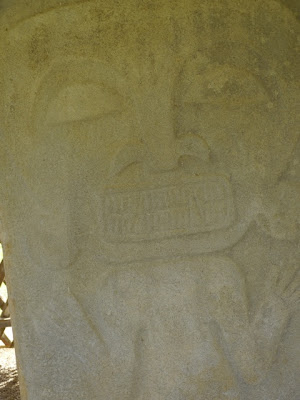 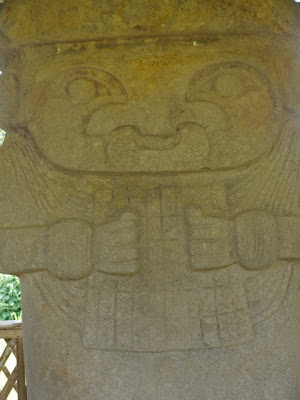 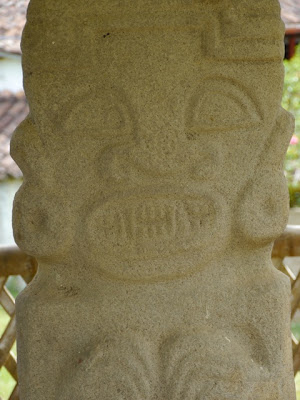 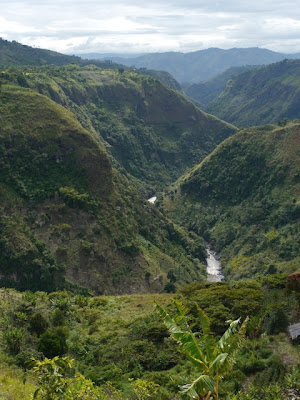 We rode on and came across this huge canyon. 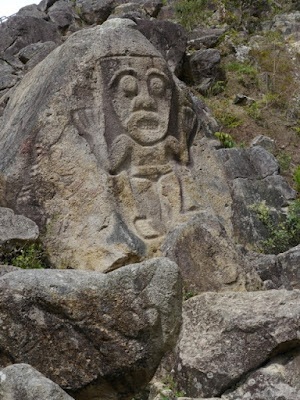 This statue is called La Chaquira. 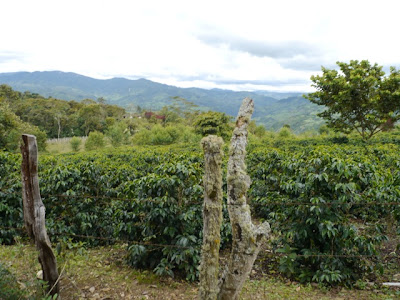 We rode on through coffee plantations. 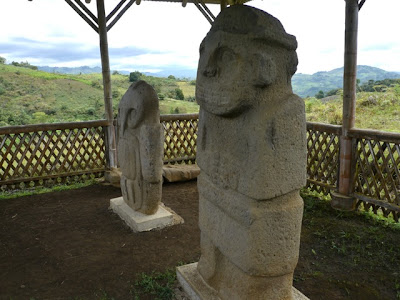 This group was called La Pelota 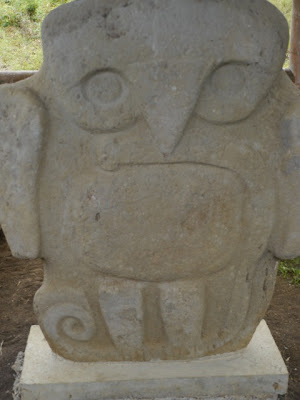 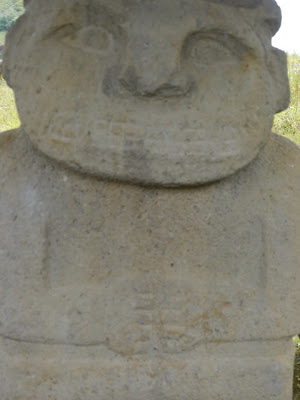 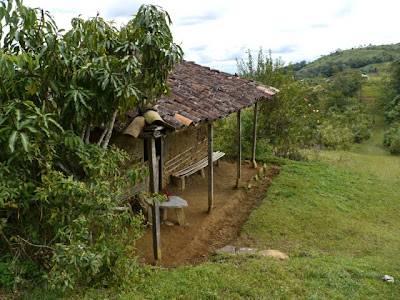 We came across this house built in a traditional way with bamboo, mud and straw. It was near the collection of statues called El Puratal 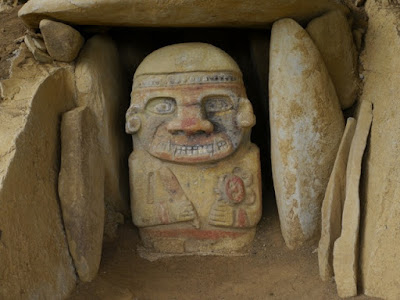 There was this guardian male shaman. 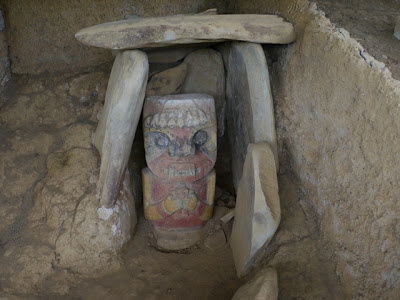 A guardian shaman holding a baby ready for a ceremony. 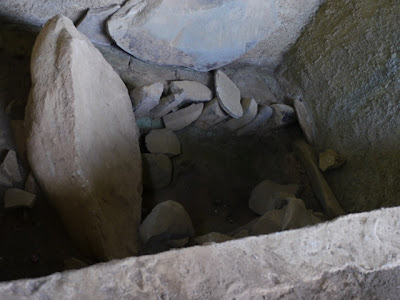 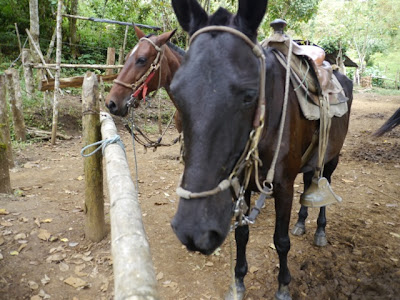 There is not a lot of information on the civilization that build the stone structures, but if you'd like to find out more about this UNESCO World Heritage site you can visit San Agustin website.
I'm not accustomed to horse back riding. I could tell that I might be a little sore the next day. But I suppose that it was worth it. All in all it was fun day of exploring and horse back riding.