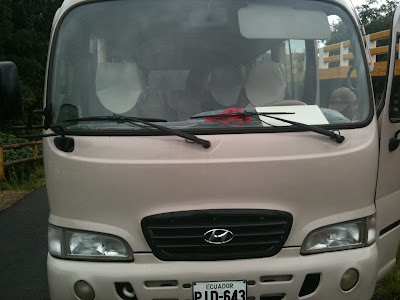 I boarded a bus in Lago Agrio and rode for 2 hours to the entry point of the Cuyabeno Reserve. 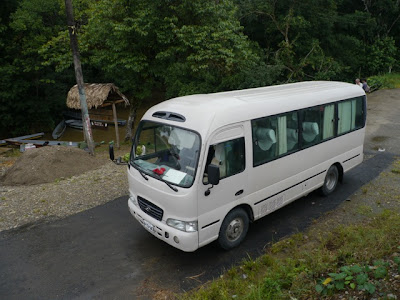 The entry point of the Cuyobeno River. 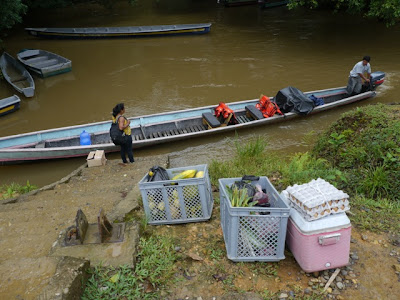 From the entry point, I boarded a long motorized lancha (boat) which would take me up the Cuyabeno river to a lodge. 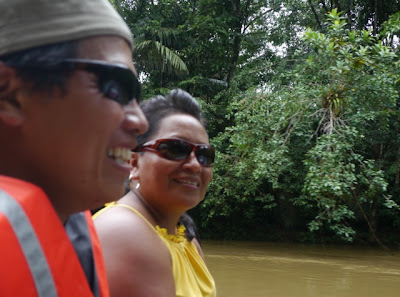 I sat next to Lupe who was taking supplies and other travelers to a separate lodge.
The river was maybe 40 feet (10 meters) across, winding and the color of the water was a murky brown. The surface of the water was smooth, so the long and narrow boat easily cut through the water. Surprisingly, it wasn't hot and humid as I expected. To the contrary, the air held a mist that was crisp and clean.

We traveled down the river taking in the scenery. Along the way we saw a few monkeys, orioles, macaws and toucans. This was just a taste of what was to come. 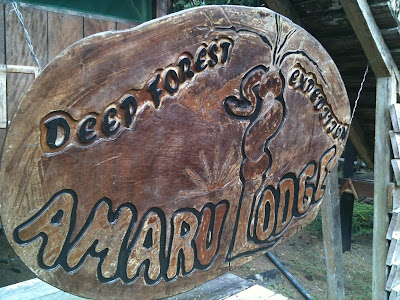 After about 2 hours I arrived at the Amaru (Anaconda) lodge. 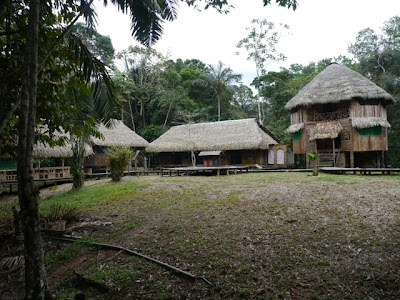 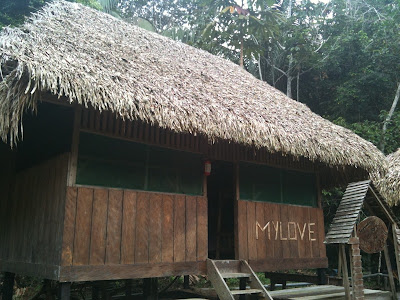 And this open air hut would be my home for the next week. 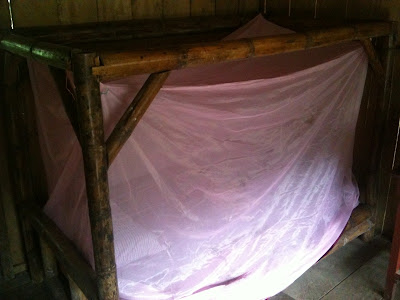 I had a simple bed made of bamboo and covered with a mosquito net. Good thing.

To be on the safe side, I had started taking malaria medicine two days before. Also, I had purchased some insect repellent which I hoped would fend off any number of little insects that might like to make a meal of me. 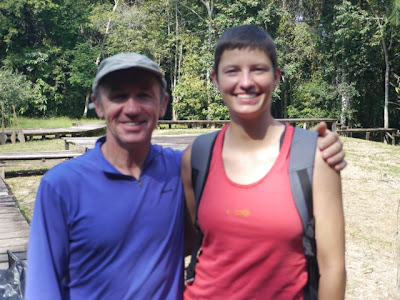 Sophie and Rudy were from Belgium. It turns out that they are adventure motorcyclists as well. They are each riding a BMW F650GS. Rudy has a 2008 model and Sophie is riding a 1998 model. They left their bikes in Lago Agrio and had been at the lodge for about 3 days. They have been traveling south to north in South America, so it was fun to here about some of the places they have visited and experiences they have had. 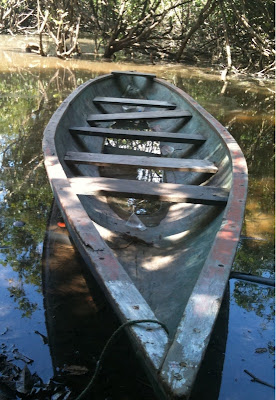 After resting a while, my guide Luis, Sophie and I went out on the river in a dug out canoe to look for some wildlife. 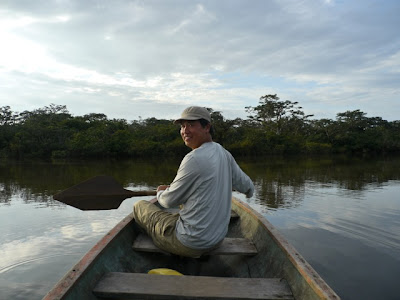 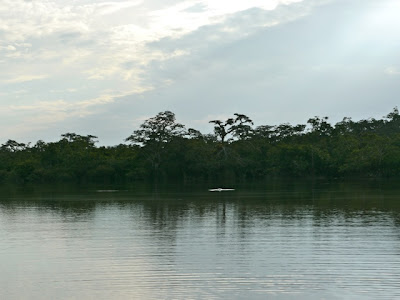 We paddled for a while and came across a fresh water pink dolphin. 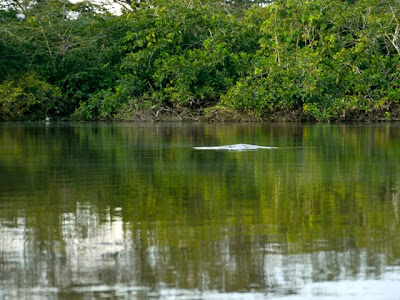 It was difficult to get a good photo because the dolphin was a little elusive. It would swim from one side of the boat to the other and would only surface once every 3 or 4 minutes to breath for a brief moment, then disappear under the surface. I think that it was playing mind games with us. I've heard that dolphins are rather crafty like that.

We saw a number of birds. 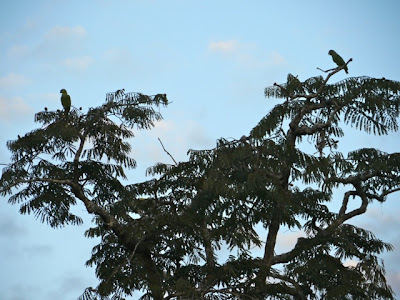 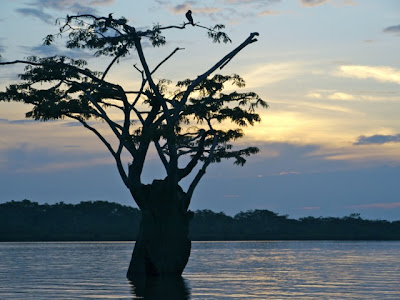 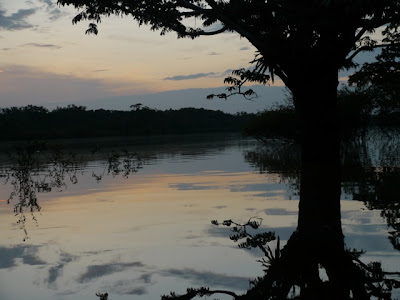 And this magical sunset. 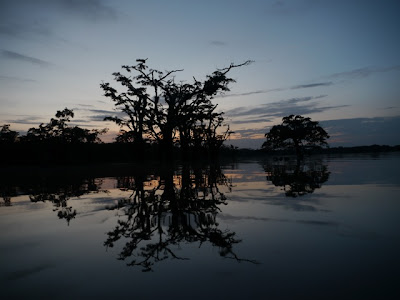 To end a beautiful day in the Amazon.

We returned to the lodge for dinner. It was a nice dinner of potato soup, fish, rice and salad. After dinner we rested for while.

Our guide said that it might be interesting to make a night excursion on the motorboat to look for cayman and anacondas. I said that I was up for a little wrestling. 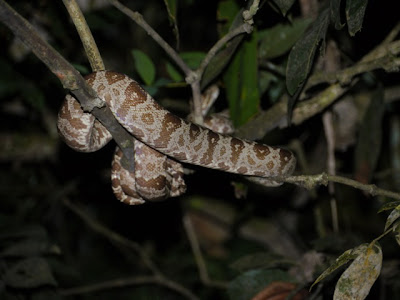 Until we came across this Amazonian boa constrictor sitting in a tree. It added a little excitement to the excursion.

As nature would be nature, for the rest of the evening we didn't have any more encounters. No caymans or anacondas.
By Troy - January 23, 2012