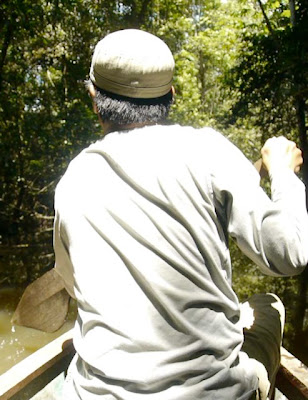 The day would start out with a paddle canoe excursion to a distant laguna (lake). 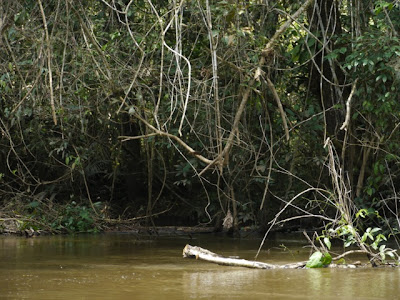 We passed by quite a bit of low vegetation 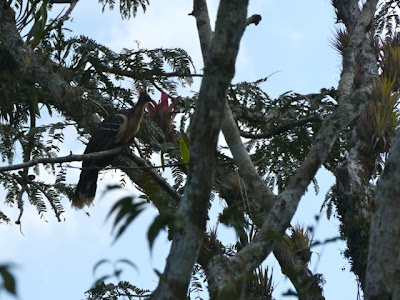 With stinky turkeys nesting in the branches.


It was amazingly quiet paddling down this section of the river. 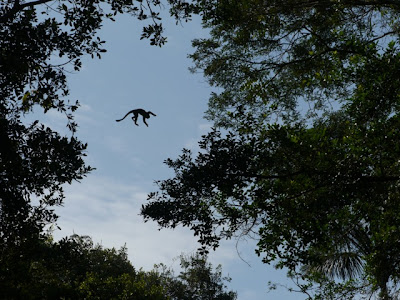 Who would have guessed that I'd see a Amazonian flying monkey. 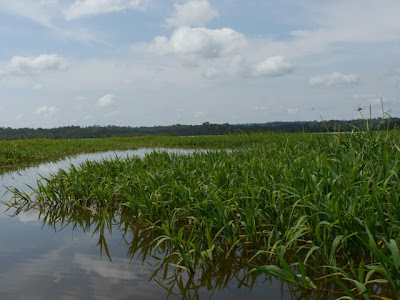 We paddled through some grassy areas... 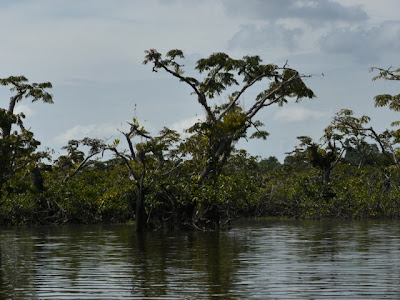 To these false mangroves... 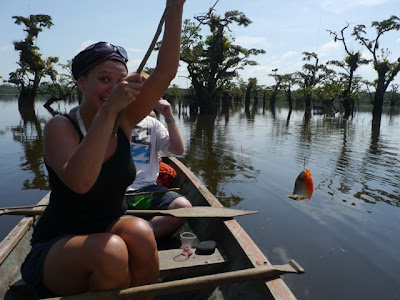 Where the Brits would have their first opportunity to do a little piranha fishing. 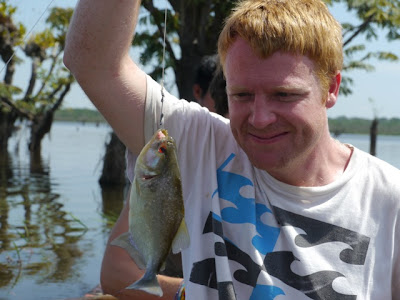 They did fine for city folk. No fingers or toes were lost. 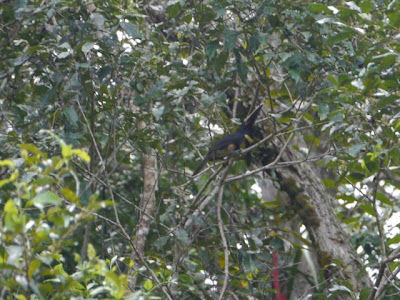 On the way back to the compound we came across a toucan. 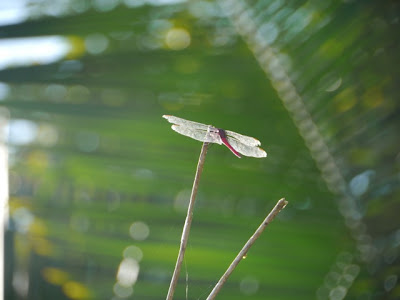 The paddle back to the compound was about an hour and a half. It was pretty arduous paddling against the wind and current for stretches. We survived. 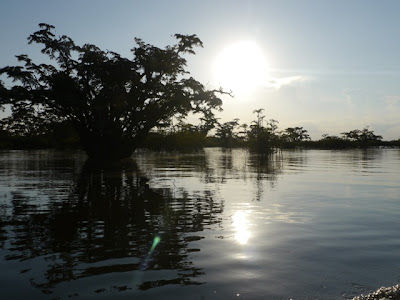 Another fine day and sunset in the Amazon.

During the night we went on another excursion in the motorboat looking for cayman and snakes. It is hard to describe what happened. It was dark and we were navigating by flashlights. At one point Jorge, at the front of the boat, wanted to turn the boat around. Clever, at the back of the boat, started to turn the boat. We were in somewhat of a narrow area of the river. As we started to turn, it became evident that we could not make the turn. We were heading toward the brush and the land. At this very moment I spotted an orange dot... a snake in the tree. We were heading strait for it. Jorge was giving commands to Clever. I was telling Jorge that we were heading strait toward a snake.

We ended un running the front of the boat into the brush... and directly below where the snake was perched. It was scary and hilarious all at the same time. People in the boat were freaking out. I spotted that the snake was a boa constrictor and knew that it was not venomous. I tried to point out that fact, but it was lost in the heat of the moment. Eventually order was restored. The boat was pulled back to a safe distance. The snake went about its business. We continued on with our spotting.

I wasn't able to snap any photos with all the excitement, but the snake was almost exactly like the snake that I had seen on Day 1. 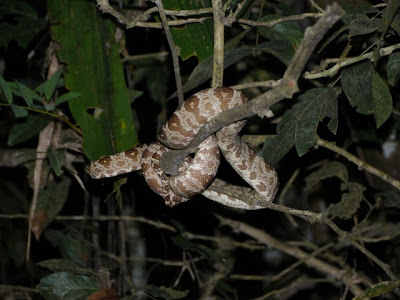 Unfortunately we didn't see any cayman that night, but the excursion was fun non-the-less.
By Troy - January 25, 2012