I was starting to feel that I had seen enough of the city of Bogota. It's a great place to take in a little Colombian culture, but I felt like I needed to leave the hustle of the big city and find a little tranquilidad (tranquility).

In Colombia, one certainly has a choice of ecoregions to visit. There are the Andes mountains, Atlantic and Pacific tropical coasts, and the Amazon basin.

However, I had heard about an anormality called the Desierto de Tatacoa (Tatacoa Desert). It lies between two mountain ranges. It is a parched spot where temperatures can reach over 120°F, and it features a variety of landscapes ranging from rippled dunes to carved cathedrals. Sounded pretty unique. I was up for some dry and warm weather after 6 days of rain in Panama and 6 days of cold in Bogota.

I got an early start and rode over the Andes Mountains. Luckily there was not a great deal of traffic, but the traffic that was on the road was moving slowly. There had been a quite a bit a rain over the past month in Colombia and the roads were in bad shape from landslides. 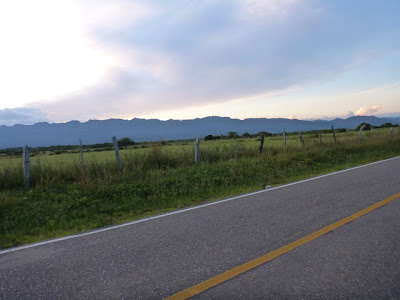 I passed through a few small villages until I arrived at the national park and observatory. It was about 6:30pm and already dark. I stopped by the park office because I wanted to inquire if there was a place where I might be able rent a tent. The park office was not in the practice of renting tents, but Oswaldo, one of the staff, said that I could borrow his tent. Colombians are just the nicest people and always seem to go out of their way to help someone.

It was ready dark, so I set up the tent right behind the observatory. Oswaldo mentioned that there was going to be a presentation at the observatory about the constellations at 7:30pm. Perfect! A campsite with a little evening entertainment.

Turns out that the Desierto de Tatacoa is a good place for an observatory because it has 170 degrees of skyline, is far from any light pollution from a city and has few clouds and little rain which obstruct observations. With Colombia being so close to the equator, the northern and southern hemisphere skies are visible year round. The presentation was quite good. I learned about some new constellations.

The best part of the night was laying in my tent looking up at the unobstructed desert sky at the millions of stars. 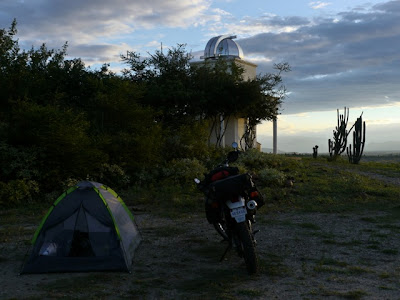 The next day I was woken up by the sun rising and a few random roosters. I gathered my things quickly and headed out into the desert. I wanted to check out some of the features before it turned too hot. 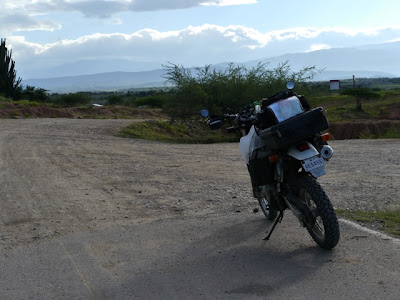 The Adventure Begins...When The Road Ends. 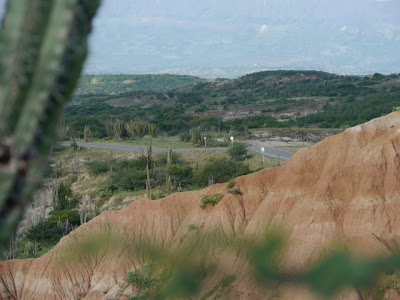 The first thing that I encountered were sand dunes. 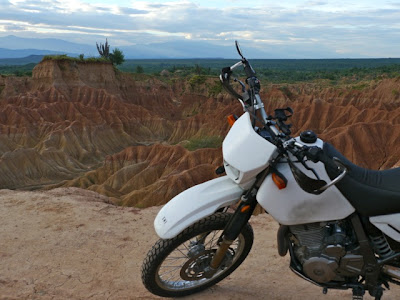 There were sand formations created from erosion. 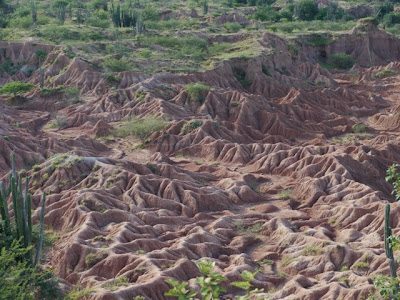 It was almost as if I were on another planet. 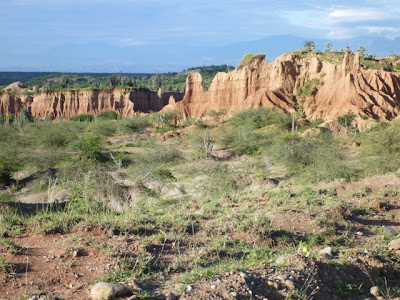 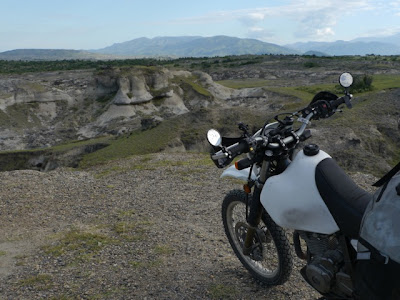 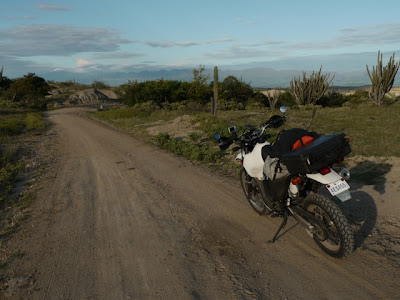 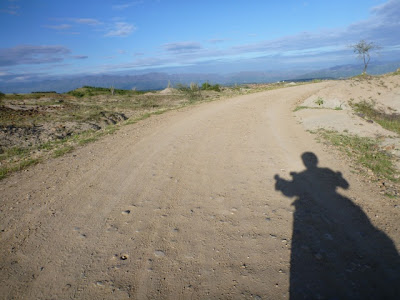 The dirt road was perfect for riding. It was compacted dirt with a little gravel and a little sand. 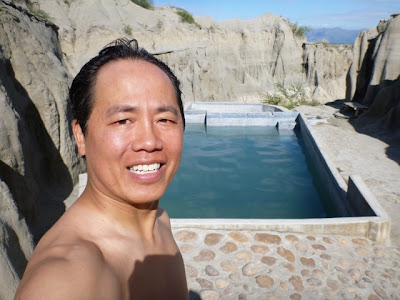 In this area called Los Hoyos (The Holes), in the middle of nowhere, I came across this water hole. It was fed by a natural spring that deposited water into a well. The owner said that there was enough water year round to keep the water hole filled. I dived in and it was a nice relief from the heat. 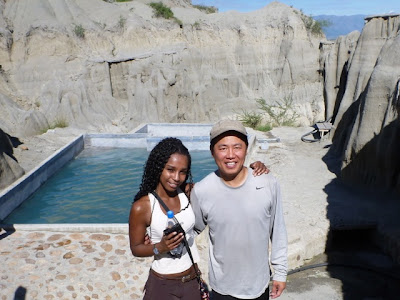 At the water hole I met this pretty Colombian girl that was visiting the desert for a vacation. 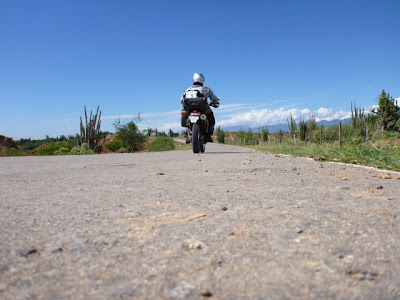 As the sun got high in the sky it started to heat up. I thought that it might be a good time to move on.

When I reached a location with internet service I checked google maps to see where I had been. I was surprised to find out that I was pretty far out into the desert.