The Ruins of Chan Chan 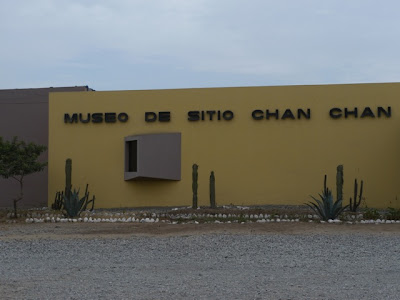 Chan Chan was an ancient walled city built by the Chimu around AD 850 and lasted until its conquest by the Inca Empire in AD 1470. 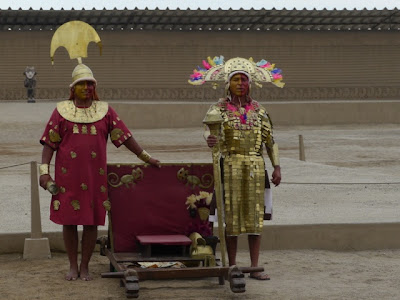 These guys were either standing guard over the grounds or trying to make a buck off of tourists. 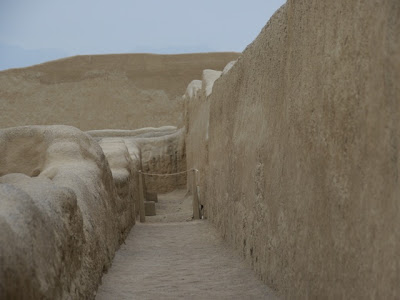 It was the imperial capital of the Chimor until it was conquered in the 15th century. It is estimated that around 30,000 people lived in the city of Chan Chan. 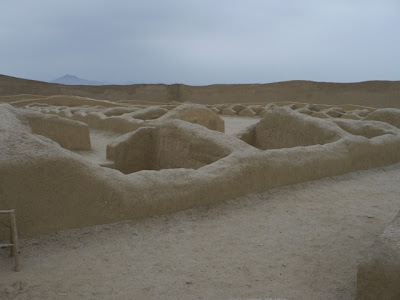 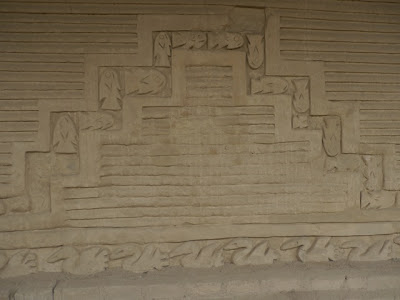 But archeologist are reconstructing some of the wall carvings... 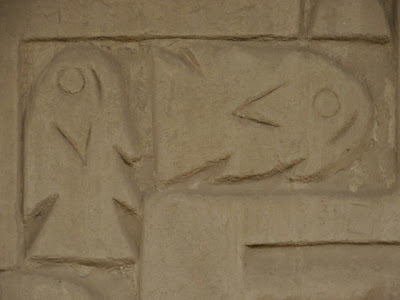 There were depictions of fish... 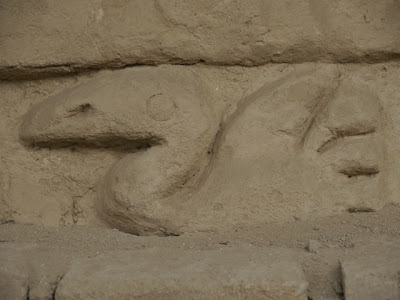 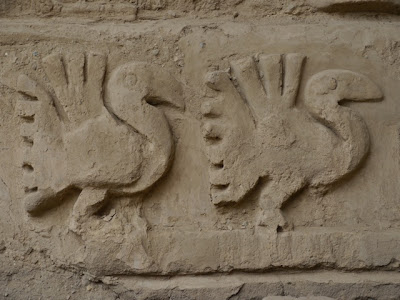 And other birds, perhaps commerants. 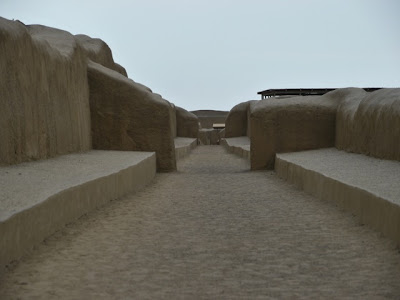 Inside the grounds of the ruins are a labyrinth of passageways. 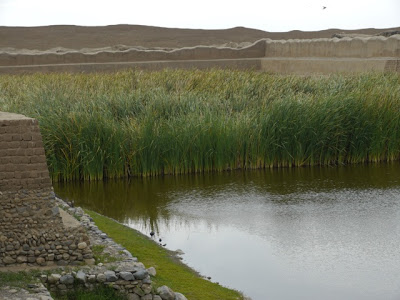 There was a laguna with totora. 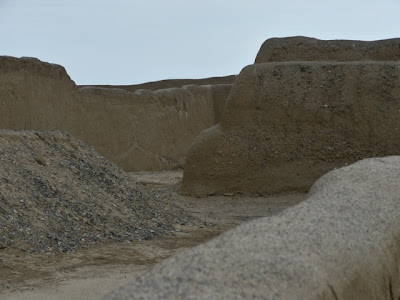 I found many of the amorphous shapes really appealing to my eyes. 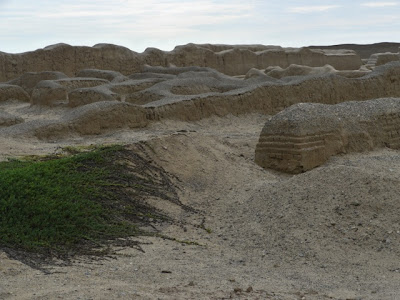 There are still thousands of structures still to be excavated. 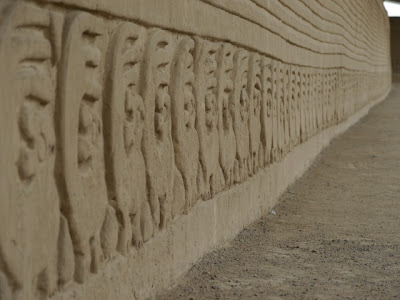 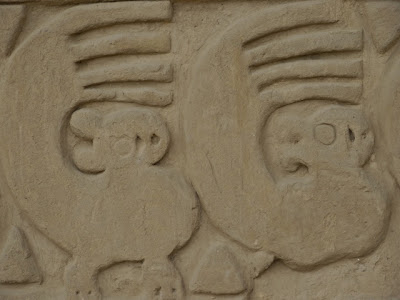