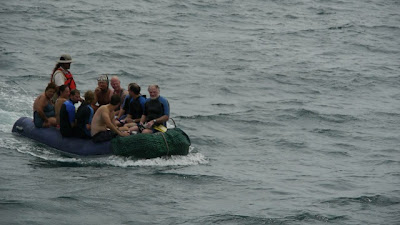 The fourth day we explored a different island, this time we went to Floreana Island. 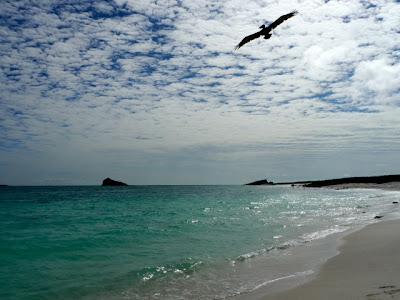 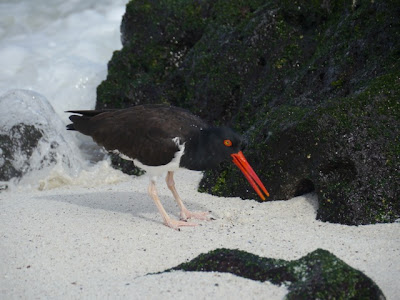 This Sand Piper was digging in the sand searching for food. 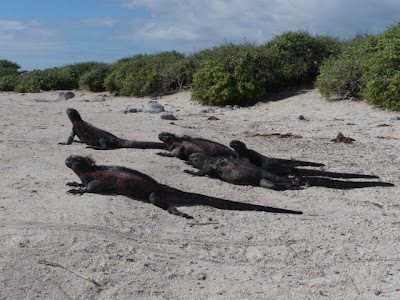 Floreana Iguanas lined up to catch a few rays. 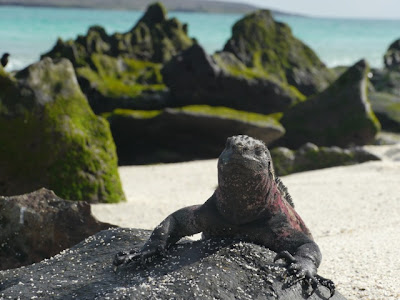 The Floreana Iguanas have different pigmentation. 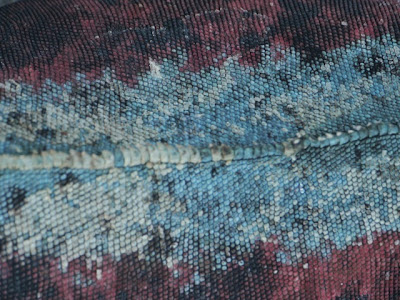 Typically it is a mixture of black, red, green and shades of turquoise. 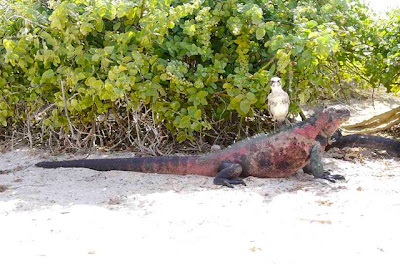 Iguana getting cleaned by a mockingbird. 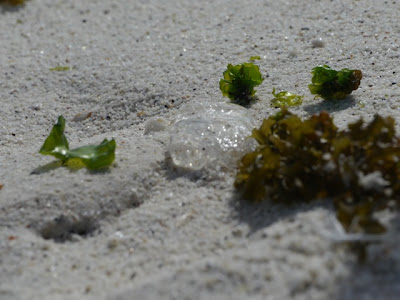 These tiny Jelly Fish were washed up on the shore. I thought that its clarity contrasted nicely with the green and brown of the seaweed. 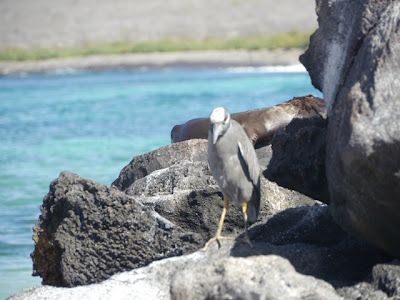 Grey Heron perched on a cliff looking for prey. 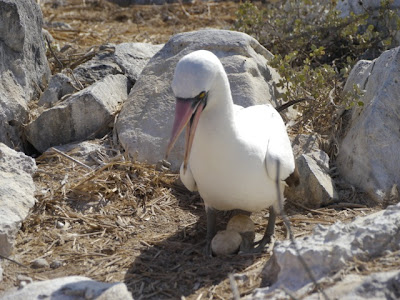 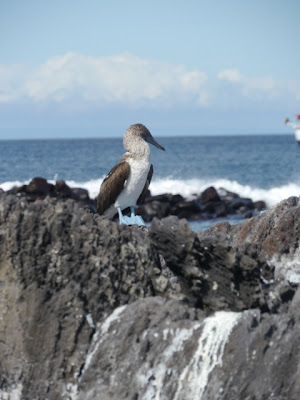 Blue-Footed Booby. Supposedly, when a booby is unable to find a mate during the mating season, the color of its feet intensify, thus enhancing its ability to attract a mate the following year. Kind of like buying new shoes I guess. 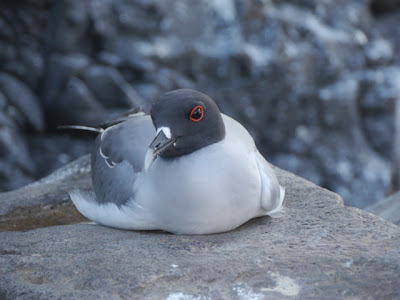 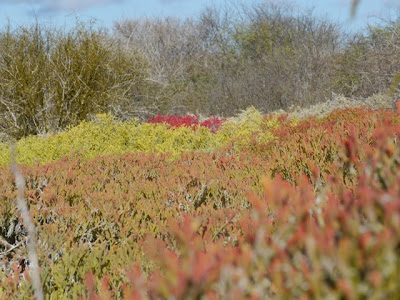 A spectrum of colors of Flora 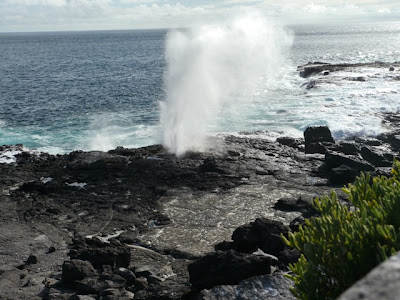 A seaside water blow-hole. When waves crash against the rocks water is pushed through a hole and ejected into the air. 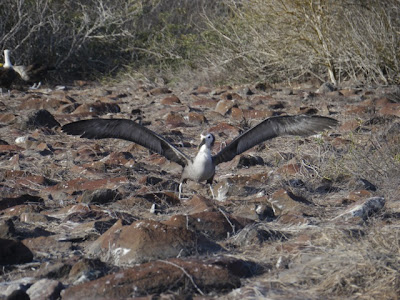 Albatross coming in for a landing. They are graceful in the air, but not so much when landing. 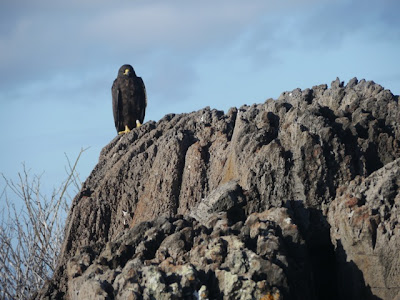 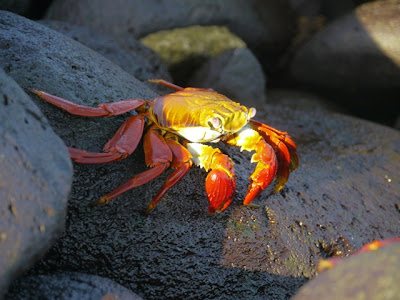 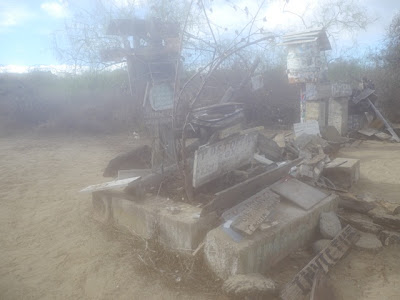 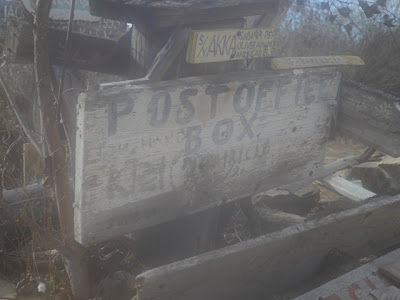 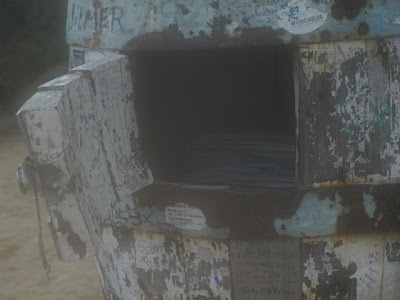 Just drop a letter off and pick a letter up. 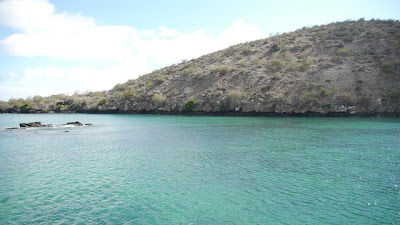 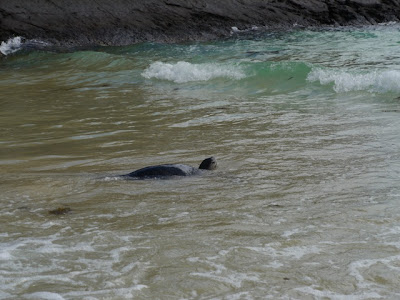 Sea turtle playing in the waves. 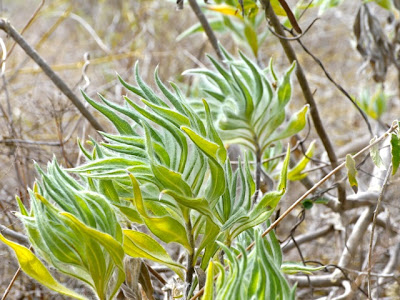 The lines and colors of this plant reminded me of an expressionist painting by Edvard Munch. 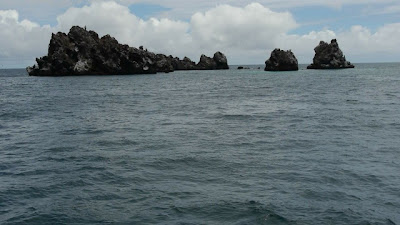 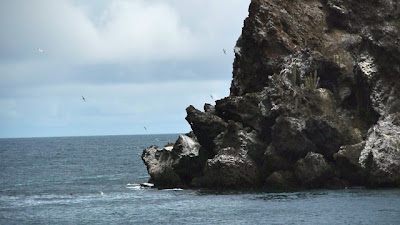 Swallows flying around the crown. 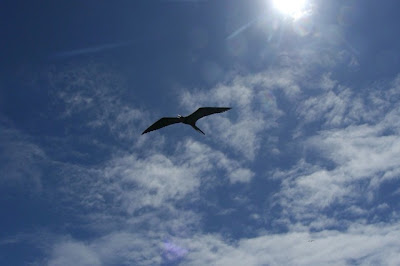 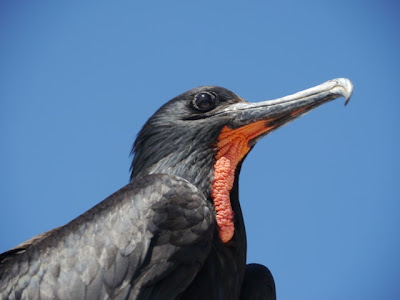 A Frigate bird up close. 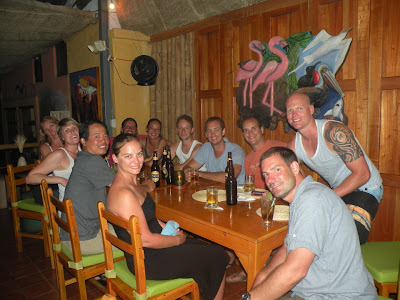 The last evening we docked in Santa Cruz and went out on the town. Christina, Me, Kate, Debbie, Wim, Debbie, Mark, Ashley, Jason, Scott and Michael.