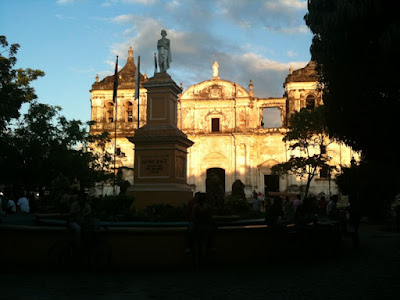 Leon is a town known for it's colonial architecture. There are some interesting examples around the central plaza. 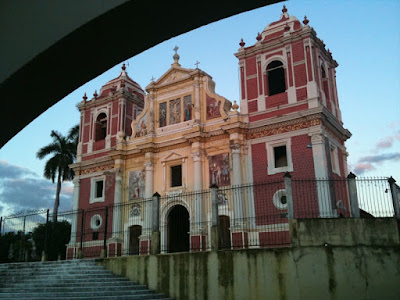 Honestly, I didn't do much in Leon other than walk around the town, eat some local food and people watch.

I did meet another adventure motorcycle rider named Joel. He's a Kiwi (New Zealander) on his way down to Bolivia. He's riding a Suzuki DR650, a similar bike as me. It was fun comparing notes. Nice Guy. 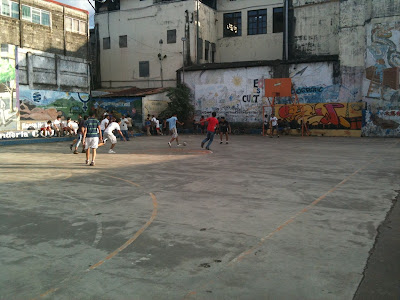 Here are some local kids playing football (soccer) in the park. 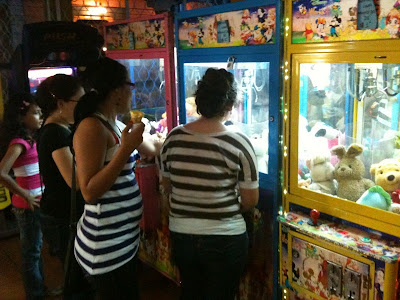 Here are some other kids playing games in an arcade. 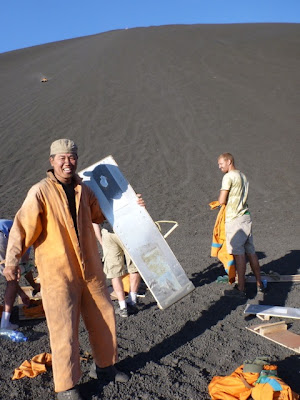 And here are some big big kids playing on the Cerro Negro Volcano. What? Check out the video.