Costa Rica to Panama...Is That a Crocodile Under My Motorcycle

From Costa Rica I traveled to Panama. I left Uvita early and made my way south and east. I wanted to avoid the main border crossing of Canoas and cross at the smaller, and hopefully more tranquilo, border area called Rio Sereno. 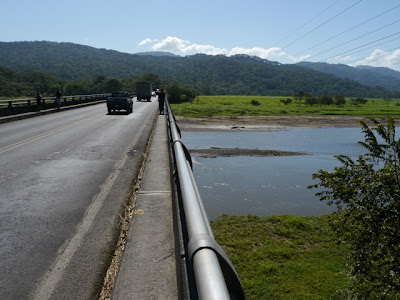 Along the route I came across this bridge.

There were a number of people standing in the middle of the bridge and looking over the edge. I stood up on my bike and caught a glimpse of what they were looking at. I turned around to take a closer look. 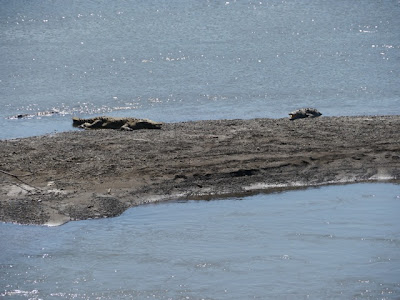 Is that a crocodile under my motorcycle? First I saw these guys hanging out on a little island. 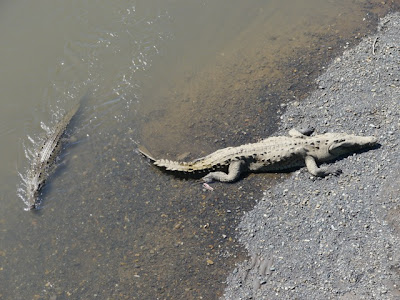 And this little guy was probably about 20 feet long. 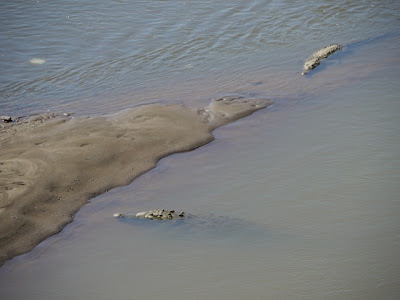 And these guys were hiding just below the surface of the water. 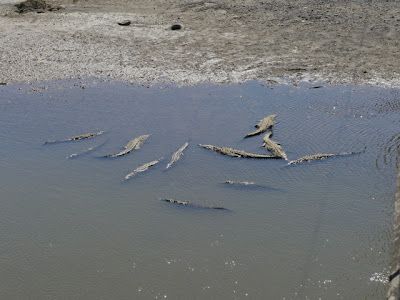 Then these guys were lounging about near the shoreline.

I guess I better be a little more careful when swimming in the rivers of Costa Rica. 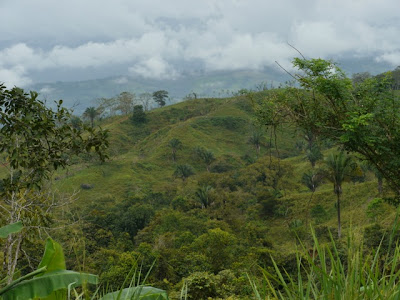 I rode on... and passed through some really lush green hills... 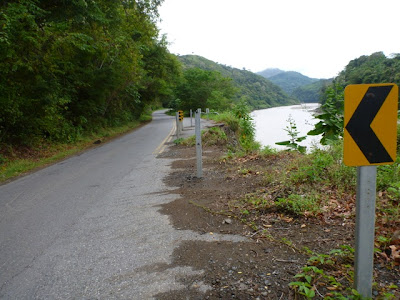 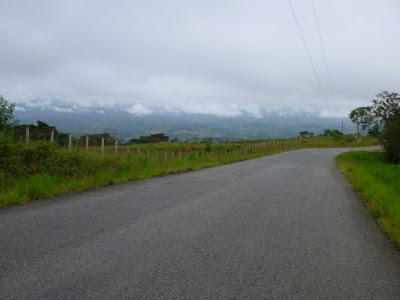 And up some mountains... 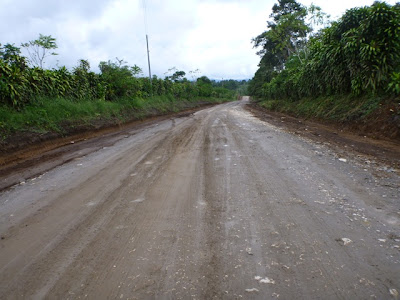 About 10km from the border, the road turned to a mixture of dirt and wet clay. It was a little treacherous to ride over on my bike, but I slowed down and managed to slip and slide my way through.

I reached the border by noon and checked out of Costa Rica within 5 minutes. Very simple. 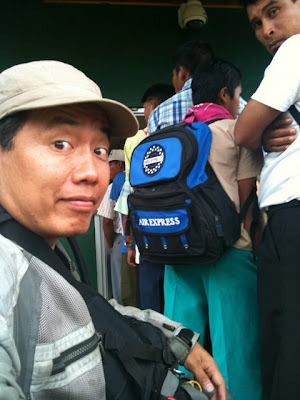 I waited in line for about 3 hours to check in to Panama. There were probably only 20 people in line when I arrived. However, the border agent seemed to be taking his time processing he paperwork. If I had to guess, I'd say he processed about one person every ten minutes. To complicate matters, Panama is one hour ahead of Costa Rica. So while it was nearing 4pm in Costa Rica, it was nearing 5pm in Panama. The immigration office had a sign outside that said to the effect that the office would close at promptly 5pm and those waiting in line would be processed the following day.

By the time that I finished all the border crossing tramites (paperwork) it was getting late, right about 5pm. I rode on for about an hour. It started to rain pretty hard, but I rode on because I was passing through a national park with thick forest. I thought about pulling over and camping, but there really wasn't even any open space, just very dense forest.

It was about to turn dark when I came across a hotel near the town of Volcan. 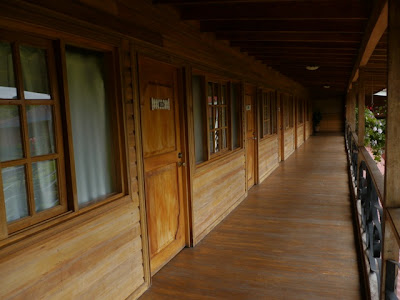 After a long day I was ready for a little luxury. I was drenched from the rain. 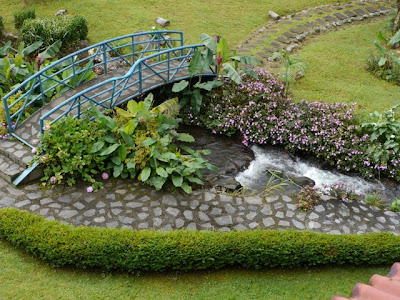 The hotel had a nice garden with a stream running trough it. 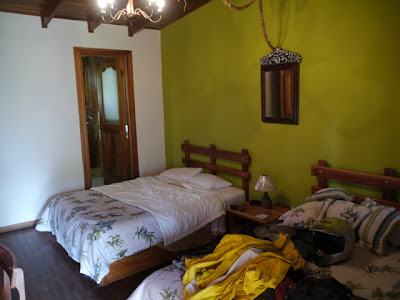 And more important... enough space to dry out my clothing and a comfortable bed to rest my head.