In Alegria I stayed in the Hotel Entre Piedras that is located at one corner of the town plaza. 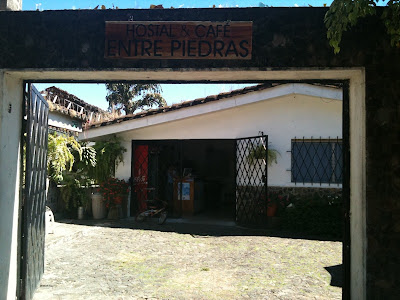 It's a family run hotel and the owner Roberto really goes out of his way to make guests feel welcome. 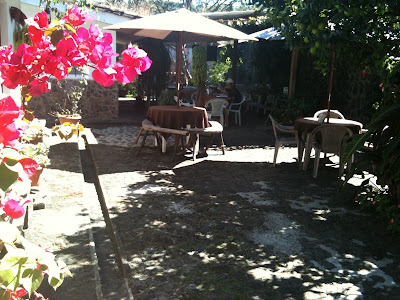 The hotel has a nice restaurant and patio area to eat, drink and chill. 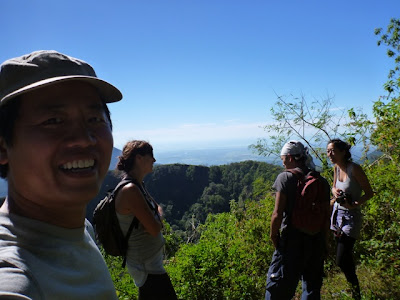 I ran into Osita and Gatita again whom had been staying at the hotel for a few days. They were planning to go on a hike to La Luguna Alegria and asked if I wanted to join them. How could I resist? They are so adorable. 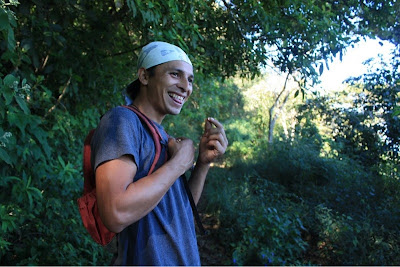 Our guide for the trip was a local guy named Walter. 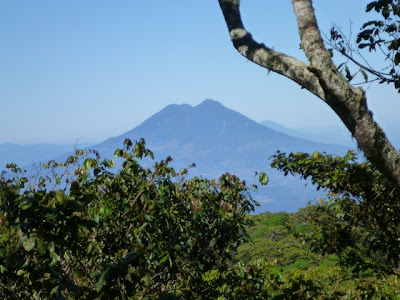 I believe the La Laguna Alegria was formed within the crater of a dormant volcano. The first part of the hike was ascending the outer hill through some coffee plantations. 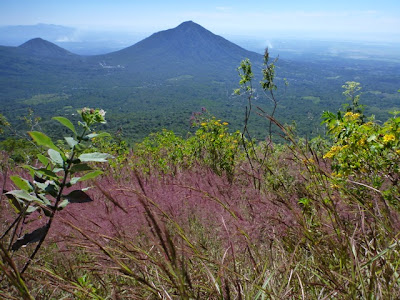 Some great views of the surrounding area. 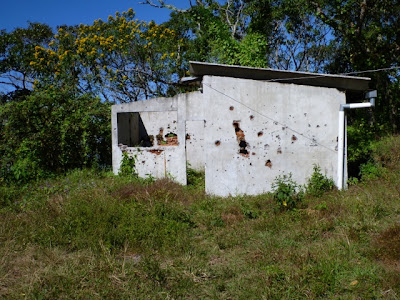 We came across this bullet ridden and bombed out shelter at the top of the volcano. It was used by both the Contras and Sandinista armies during the war. A relic from the Salvadoran Civil War. 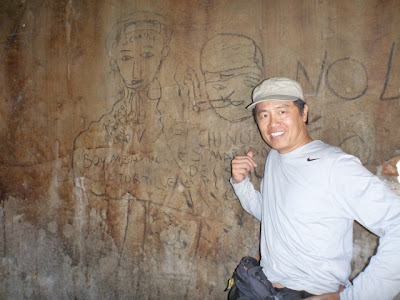 In Latin America I'm often referred to as "El Chino". This is some graffiti inside the shelter marking my territory. 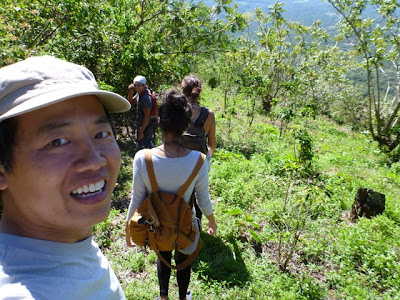 We continued hiking around the upper rim of the crater. 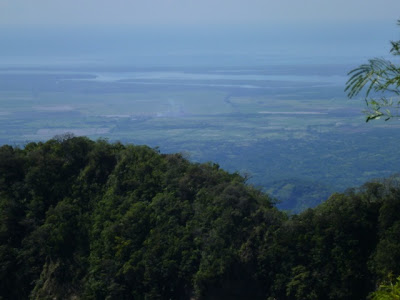 From the top of the crater on the west end we could see the Pacific Coast beaches and the ocean some 30 miles away. 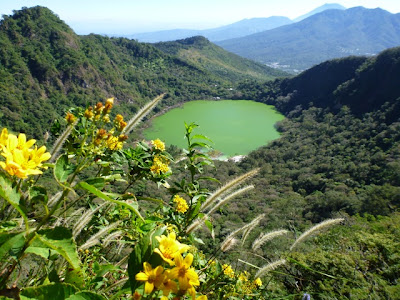 We walked all the way around the crater's rim then descended to the lagun. 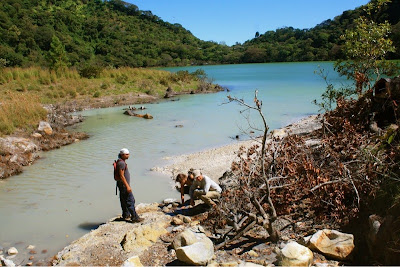 There was an area where hot sulfuric water was trickling out. 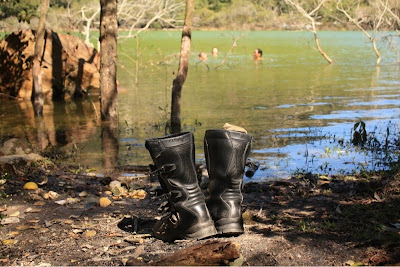 And of course there was a area to swim. This lagun appeared to be greener than the so called Laguna Verde (Green Lagun) I had visited earlier. The bottom of the lagun appeared to be lined with a very green grass which both attributed to the greenness of the lake and tickled my feet as I walked through it.

It was a fun day and a great way to spend Thanksgiving.

I finished the day with a meal of spaghetti al carbona with Osita and Gatita at the hotel.