When I was visiting the Orvis store I inquired with the shop manager where I should try out my new reel. 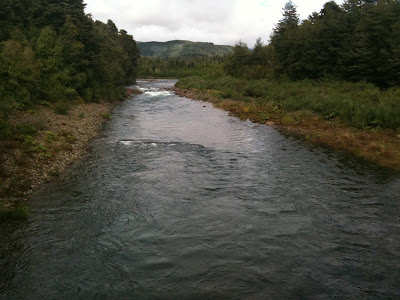 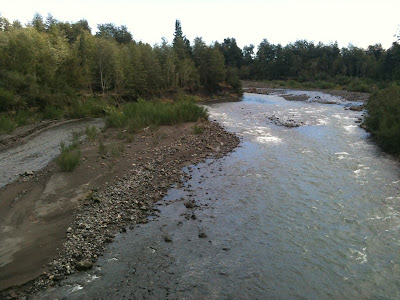 It had been raining quite a bit over the past few days. Upon my arrival I noticed that the river was quite high and the current was running rather fast. 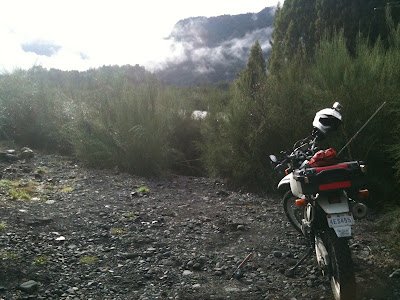 Near a bridge and down an embankment I found a nice little spot to park Emi. 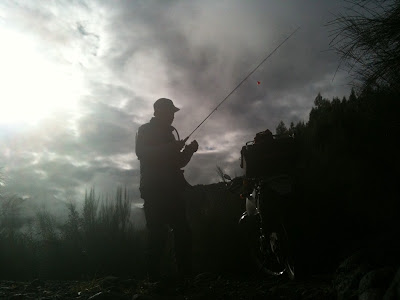 I prepped my rod and reel. 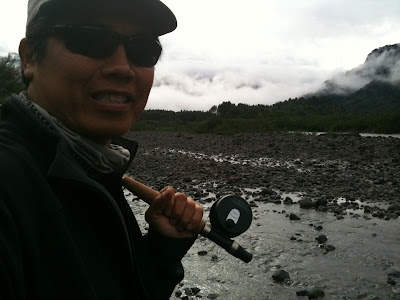 Then I set off and hiked maybe a quarter mile down the river bank. 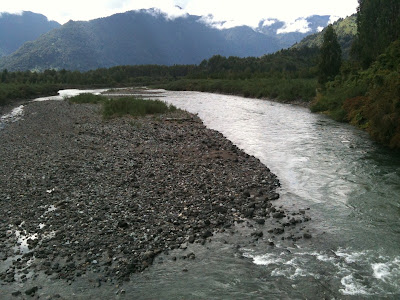 I was the first person on the river...not a soul around.

I found a nice piste and started to fish. Magical.

As I mentioned before, the river was high and the current was running fast. Not ideal conditions for trout fishing. Ends up that I could not spot nor catch any fish. Still the endeavor was worthwhile. The ride to the river was fun. The area around the river was beautiful. The weather was cooperating with partly sunny and partly cloudy skies. Just a wonderful day. 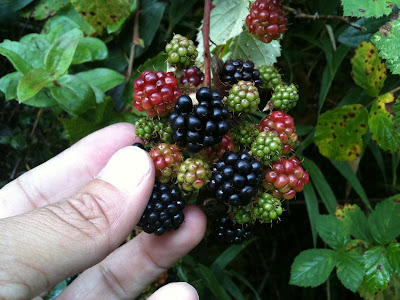 As consolation, there were a number of raspberry bushes along the banks of the river. I ate my fill.

I returned to Puerto Varas in the early afternoon. After a taste of fly fishing in Chile...I knew I wanted more.