Petropolis... A Short Distance Away, But A World Apart

I decided to take a day trip and rode my motorcycle to the town of Petropolis. It was a beautiful clear and crisp day... and the road was twisty. 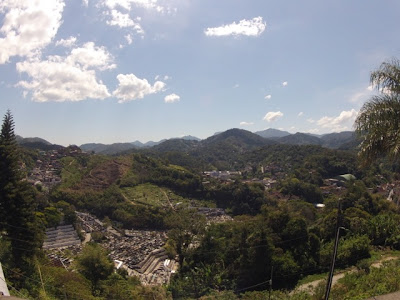 The town was nestled amongst rolling hills. It was only an hour north of Rio de Janeiro, but it seemed like it was a world apart. 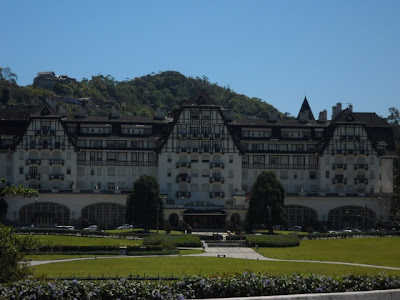 As I rode into town, I passed by this building. I believe that it was a former casino that is now a luxury hotel. It was striking to say the least. 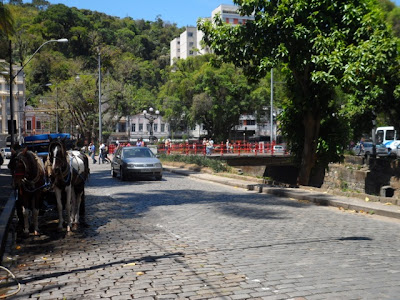 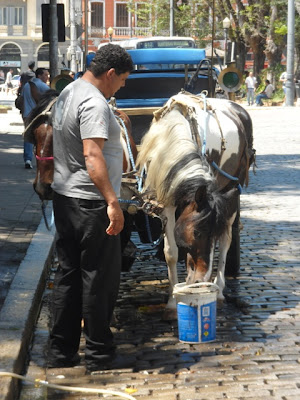 Petropolis is a place where cars and horse drawn carriages can coexist. 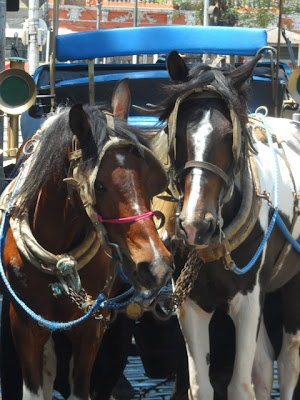 They agreed with me. 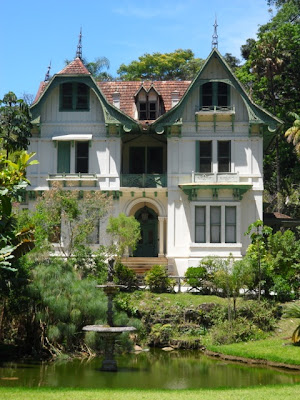 I took a ride around the town taking pictures of all the stylish colonial mansions like the Casa de Petropolis. 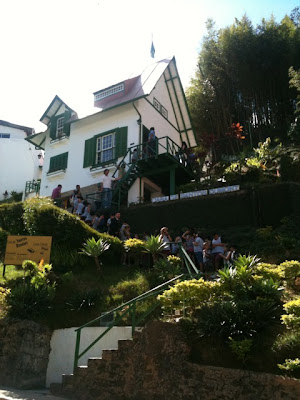 Some were quaint residences like the Casa de Santo Dumont. 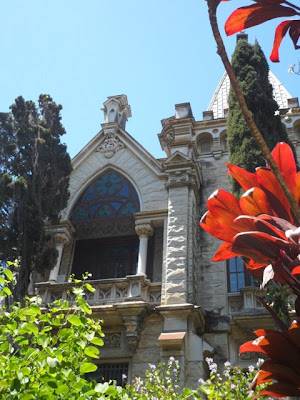 Some were ornate mansions. 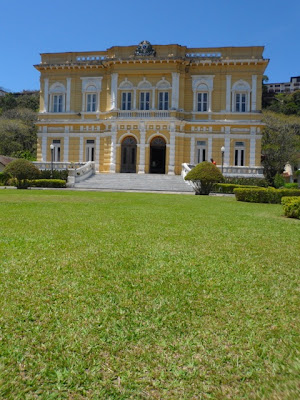 This was the Palacio Rio Negro (Black River Palace) 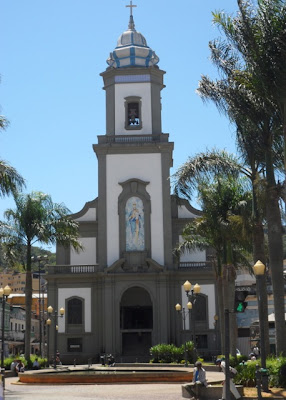 I rode by this simple and very elegant church. 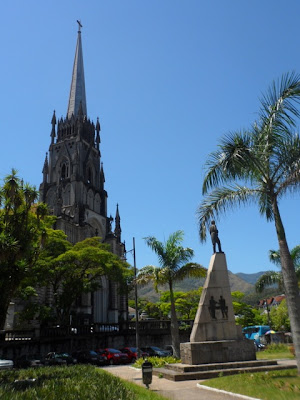 And, I passed by the towering gothic Cathedral do Sao Pedro de Alcantara. 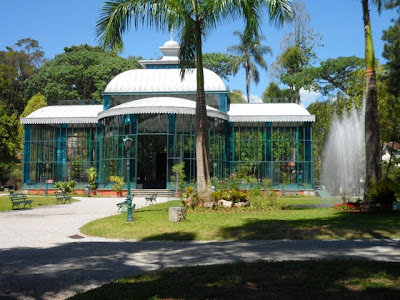 In the center of town there was the interesting Palacio Cristal (Crystal Palace). 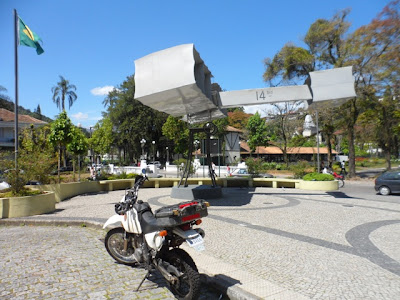 This park and sculpture paid tribute to aviation inventor Alberto Santos-Dumont (1873-1932). Even though the Wright brothers were the first to fly a plane, Santos-Dumont was the first to demonstrate an airplane to the public in Paris in 1906. He is therefore known to the Brazilians as the "Father of Aviation" and his name can be found in public places all over Brazil. 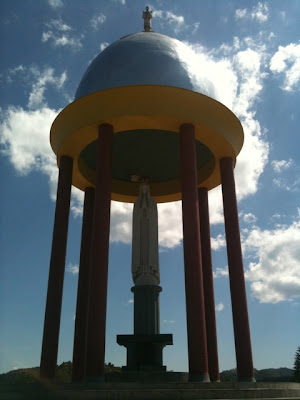 I rode up a hill and found Nossa Senhora do Fatima. 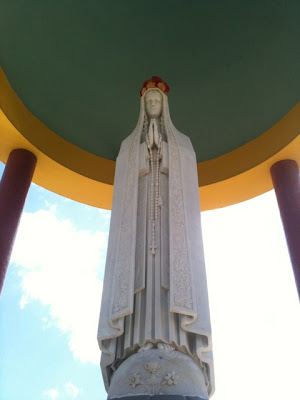 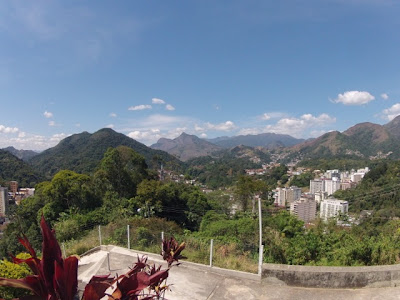 ... watching over the city. 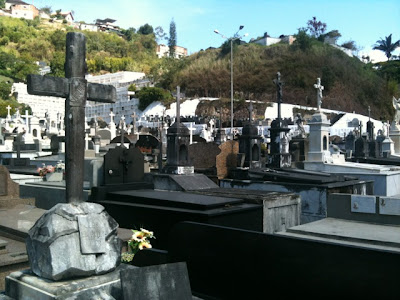 While descending from the hill I got a little lost and stumbled across this cemetery. 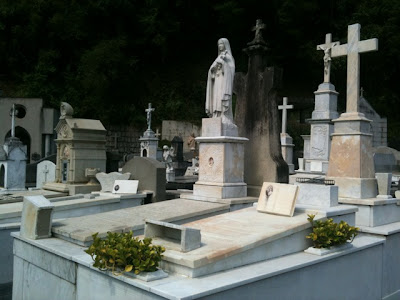 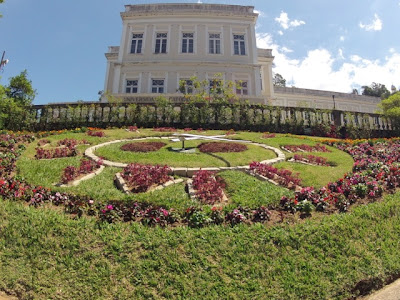 According to this flower clock, it was getting a little late in the day... so it was time to return to Rio de Janeiro.