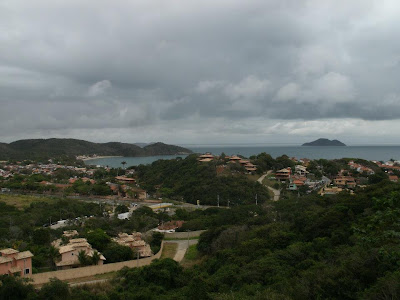 In Brazil, when there is an official day-off before or after a weekend, it is called feriado (holiday). On one feriado some friends and I took a trip to the ocean side resort town of Buzios. 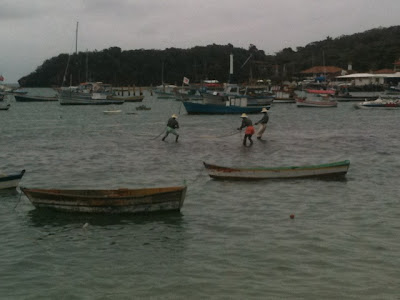 At one time Buzios was a sleepy little fishing village. 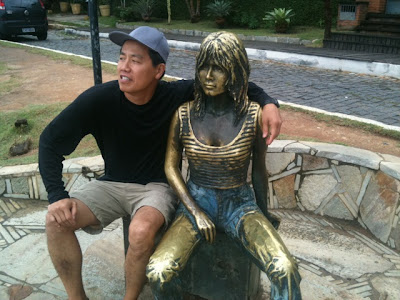 Then actress Brigitte Bardot visited the area in the 1960's and it became known as the place to be. Now it is a highly visited weekend destination for people from all over Brazil. 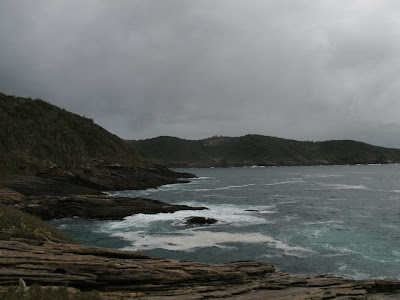 The area has some nice coastal trails to explore. 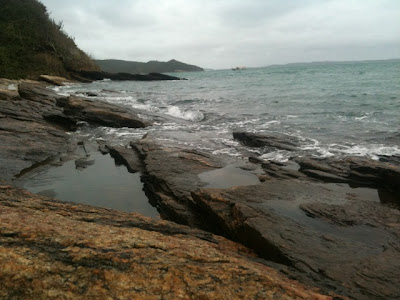 Some trails are rocky. 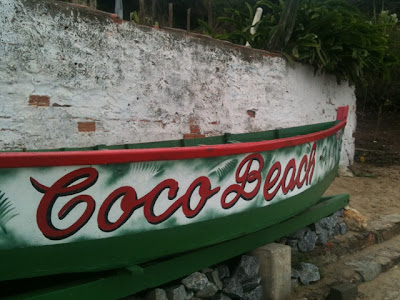 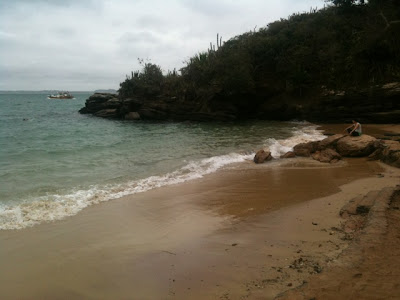 This trail was sandy. 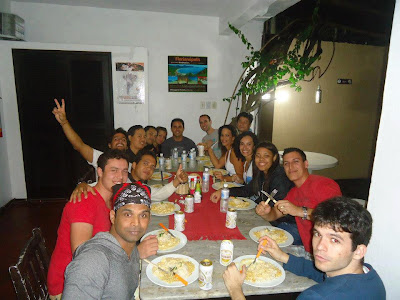 Our group was fairly large as you can tell from this photo of us at dinner. 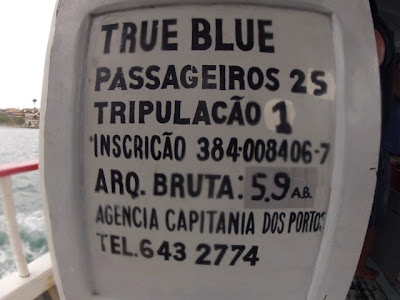 One day my friend Tito and I decided that we would break away from the group and go on an excursion... 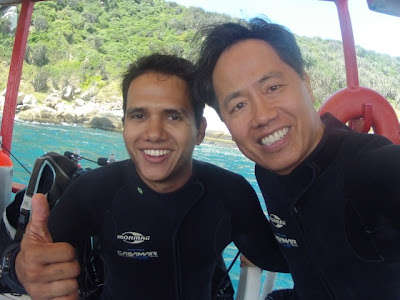 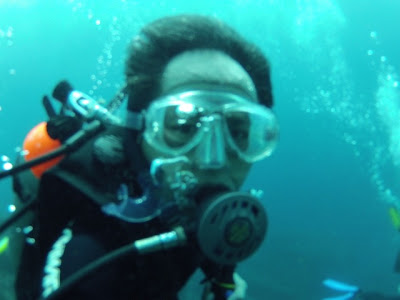 This is me under the water. 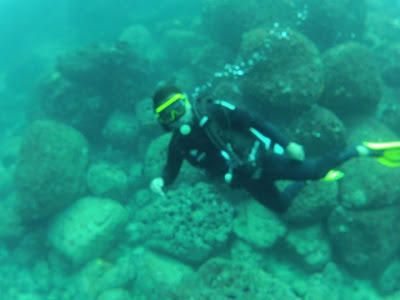 This is Tito under the water. 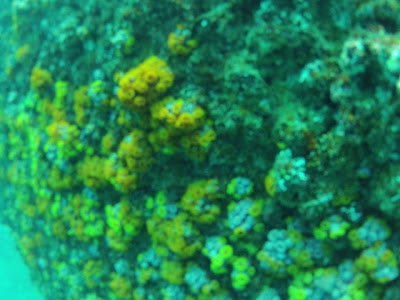 There were some reefs of coral 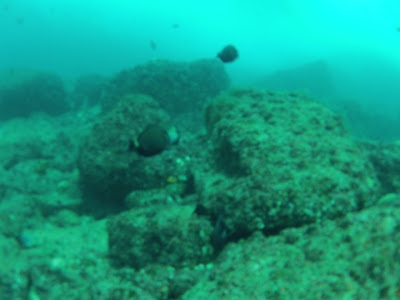 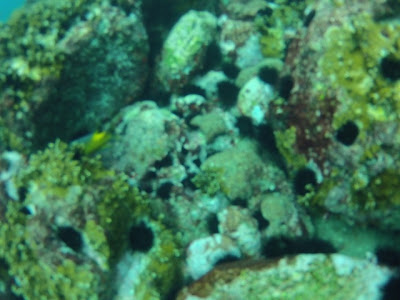 Sea urchins among the coral 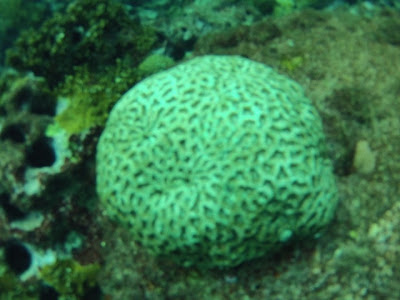 And, I believe that they call this brain coral.

We did see some other aquatic life like turtles, rays, eels and schools of fish. It was not the best scuba diving that I have ever done, but it was a fun day. 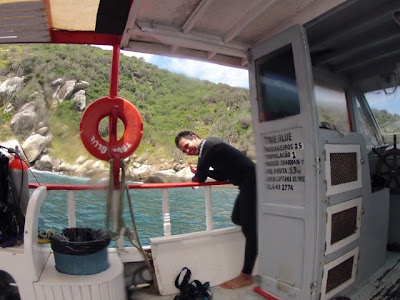 It was a pretty rough dive with strong currents under water and a swaying boat above on the water. Tito  decided that it would be a good idea to feed the fish his breakfast. 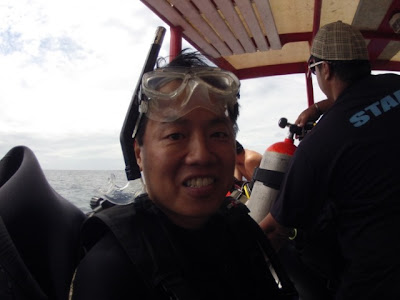 Luckily, the rough sea did not bother me and I decided to keep my breakfast inside my stomach. 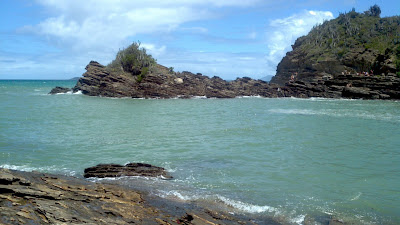 The next day we took it a bit easier and went for a hike. I thought that it would be cool to hike out to the point of this peninsula. 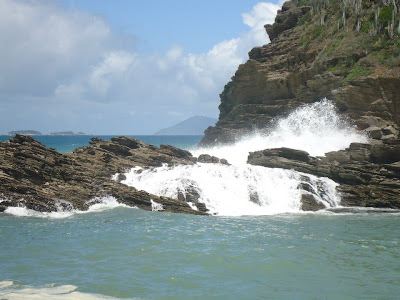 Only issue is that we would have to be careful because when the waves would hit the shore they would crash over the middle section. We would just have to time out scrambling over the rocks to avoid the crashing wave. 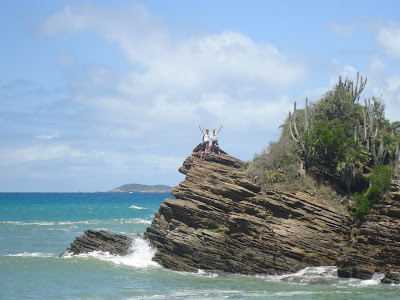 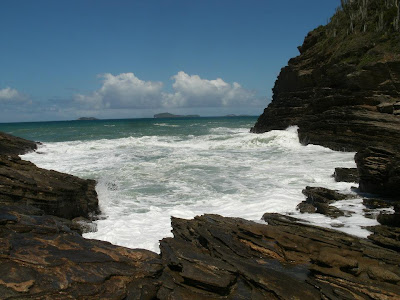 On the other side there was a cove. You can somewhat tell that the waves would flow into this cove and crash against the rocks. 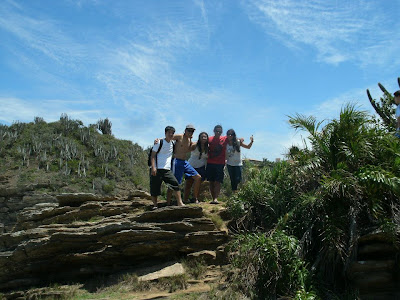 Eventually everyone in our little exploration group made it to the point of the peninsula. 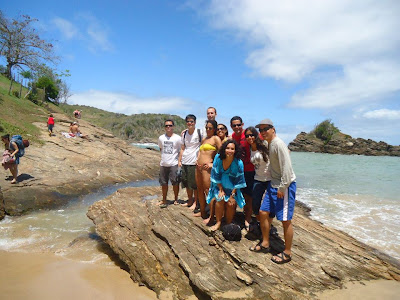 Fun times in the sea and under the sun with friends in Buzios.