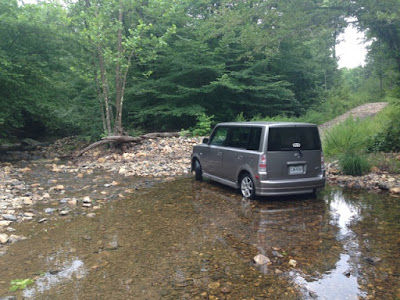 Arkansas - The Natural State. Their slogan is not lying. 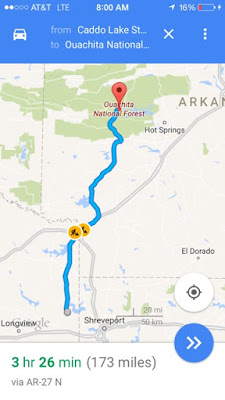 From Caddo Lake I headed north into Arkansas. 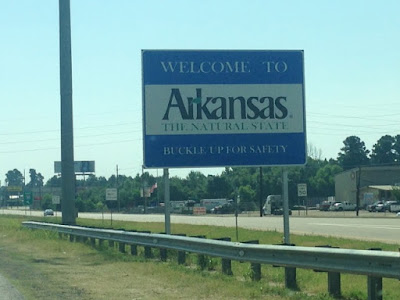 I visited the state earlier in the year and was amazed at the natural beauty of the landscape - forest, hills, rivers, mountains. The landscape is not dramatic like it is in the west, it is definitely more subtle, but it is beautiful in the spring and summer. 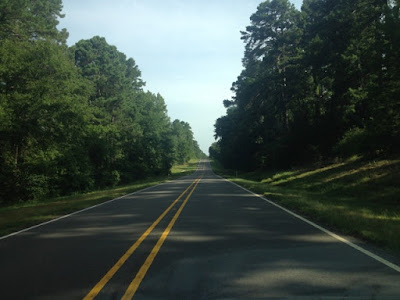 This road was long and straight, but I found that many roads in Arkansas are twisty. The roads are great if you ride a motorcycle or sports car and enjoy a spirited ride. 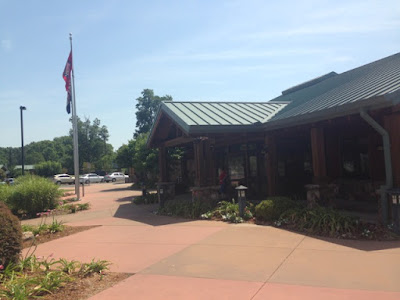 In the US, when one crosses the border between states, there is often a state tourism office. 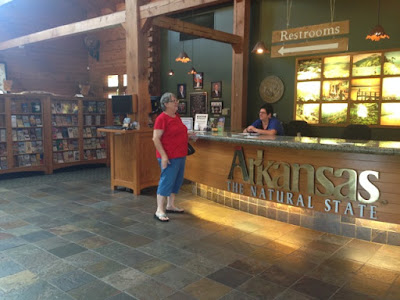 Inside the tourism office there are typically information brochures about things to do, people to answer questions about destinations and most important... there are restrooms. All of the materials and service are free. 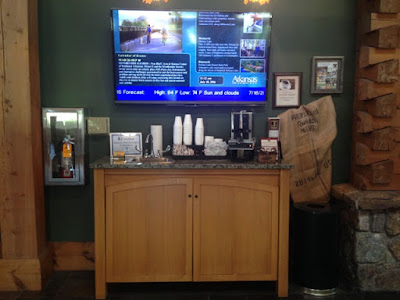 This tourist information center offered coffee. I don't drink coffee often, but when I'm driving long distances I'll often drink a cup to help me stay alert. It's nothing fancy, but it's free! 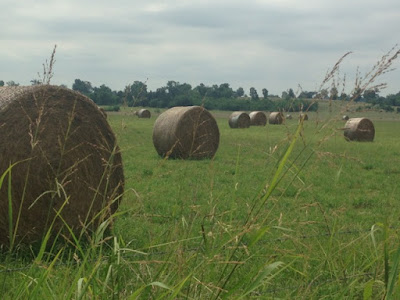 As I traveled further into Arkansas I passed by farm after farm. 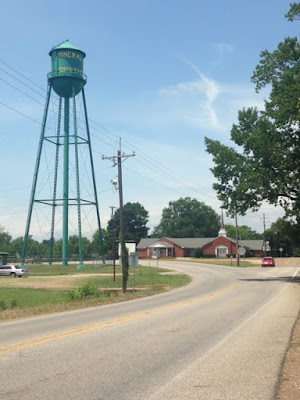 The little town of Mineral Springs, Arkansas had some charm. I passed through on the Main Street that ran through the town. There were a few mom and pop shops and cafes. It felt as if I had been transported back into the 1950's. 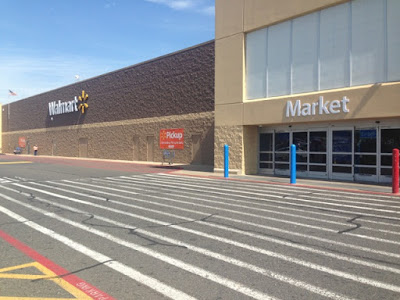 Deeper into Arkansas, I made a pit stop at Walmart. Walmart is the largest retail store in the world and was founded in Arkansas. I had to stop at a Walmart to check it out. This Walmart wasn't any different from the thousands of other Walmarts scattered around the US. 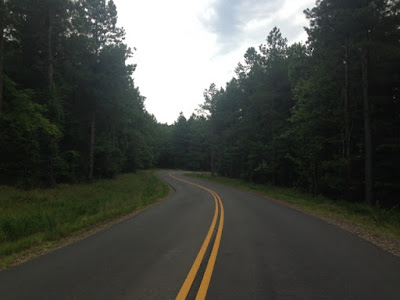 The deeper you drive into Arkansas the twister the roads become. There is nothing better than a twisty road lined by tall trees. I could drive for hours on roads like this. 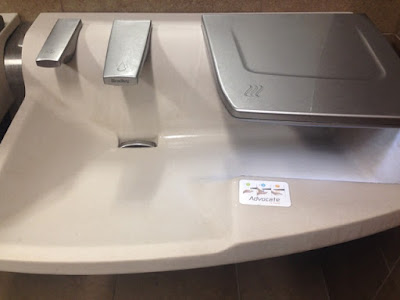 I did need to stop for gas occasionally. At this small gas station in the middle of Arkansas I came across this fancy sink. There was an touchless automated soap dispenser, automated faucet and automated hand dryer built into the sink. I love technology. 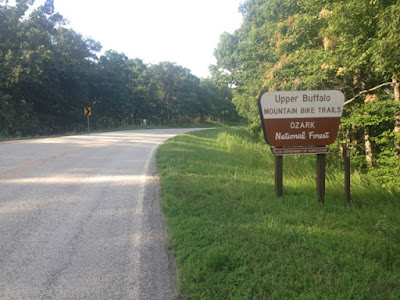 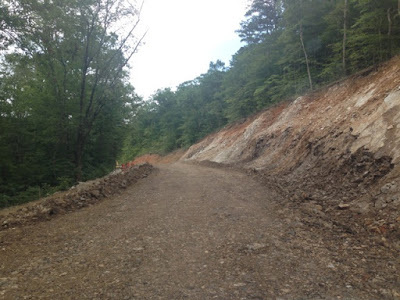 I exited off the highway and ventured down this dirt road. 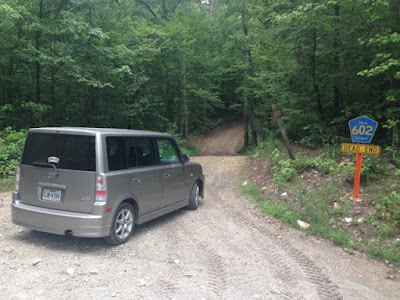 My SUV does not have much clearance from the ground, but it seems to have just enough clearance to make it down these dirt roads. 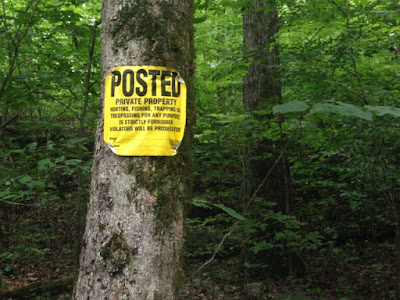 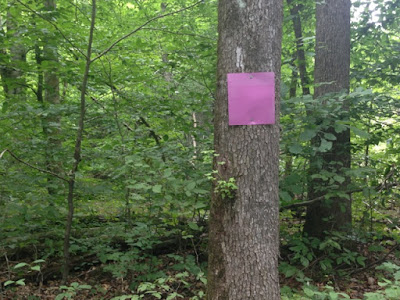 It's important to know how to read the signs. A purple sign is a Private Property sign, so no trespassing. 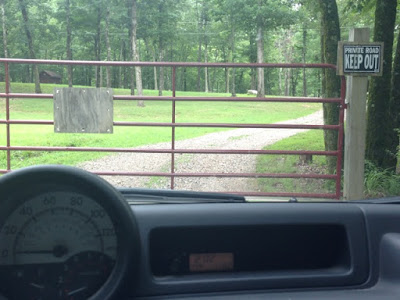 I came across a gate and another sign that read Private Road Keep Out. I did. I turned around and found another route. 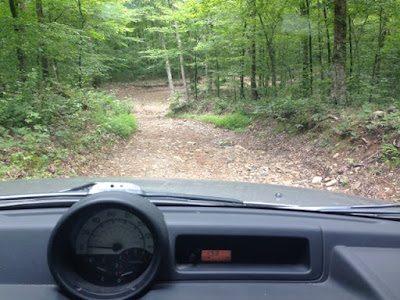 The road became more of a trail. You can not tell from the photo, but this trail had about a 15 degree incline.

I came upon a river. 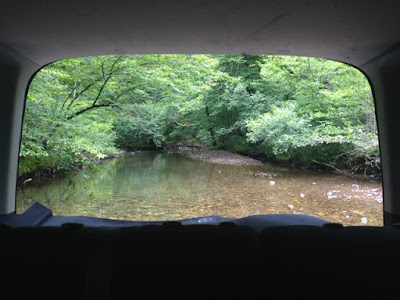 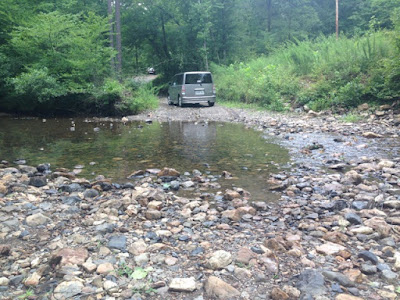 And crossed over to the other side. 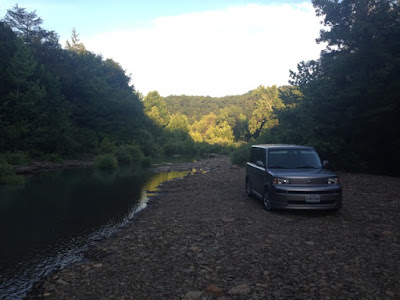 I crossed quite a few rivers until I arrived at this spot. This area was really nice. Not a soul around. The river was winding through the woods. The water seemed to be a bit murky. It wasn't a brown murky, it was a white murky. I had heard about a famous river in the Ozarks called the White River. I started to wonder if this little river was a tributary of the White River. And if the White River got it's name because it was actually white. Sometimes when I'm exploring I can't find out all the answers. Some questions go unanswered. I never found out the name of the river. 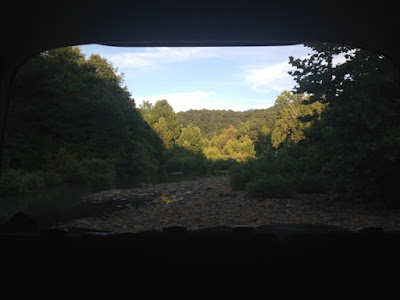 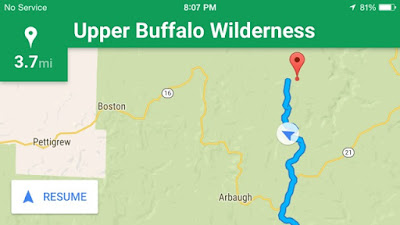 I drove and drove and drove over these little dirt trails until I came across another river. I could tell that the water in the river was running faster and the depth of the water was deeper. I got out of my SUV to take a look. I waded into part of the river over some rocks and the depth was about 4 to 6 inches deep. My SUV could probably pass through it okay. I waded a little further and the riverbed dropped off. I searched the shore for a fallen tree limb. I found one and would use it for an improvised measuring stick. I walked back into the river and prodded the depth. The water was about 2 feet deep. My vehicle wouldn't survive such a plunge. I walked out of the river and got back into my SUV. I had not reached into the center and deepest part of the forest, but that was okay. I needed to turn around. If I had more time, I could have left my vehicle, traversed the river and hiked into the center of the forest... but I didn't. A good adventure often has some unknowns - things you can not understand and places you can not venture.

I found a secluded spot in the forest to camp and settled in for the night.