While in Encarnacion I received a tip about a Korean restaurant. I was not provided the name of the restaurant, but rather, I was provided directions...

Exit the bus station turn right and walk two blocks. Look for some asian characters written in red on a wall. There will be a gate. Approach the gate and clap your hands to announce yourself. A person will greet you. Walk pass the gate and through a passageway. There will be a small kitchen and dining room. Enjoy. 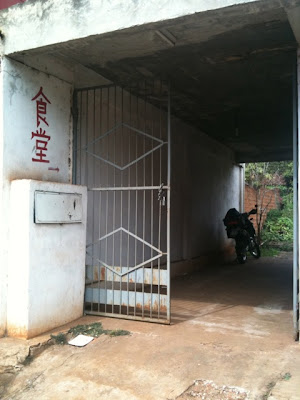 The directions were pretty basic and a little vague. I thought that it would surely be complicated. However, I've become pretty good at finding places even with limited directions.

So... I rode down the street. Just as indicated, I spotted the asian characters written in red on the wall. I approached the gate and clapped my hands. After a few seconds a short asian man greeted me. I asked if there was a restaurant inside. He nodded his head and waived me in. He allowed me to park my motorcycle inside the passageway. 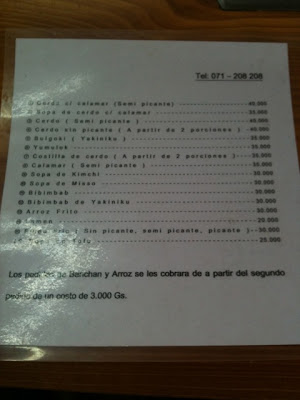 I was handed a single page menu with about fifteen items. They had all the essentials... bulgogi, galbi, bibimbap, kimchi... 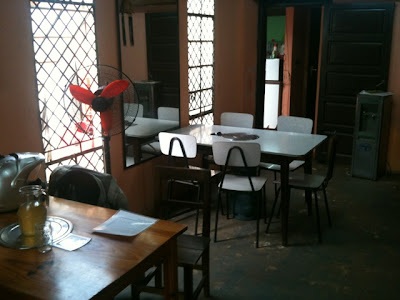 The dining area was pretty simple... it had four tables designed for four people... not much more. 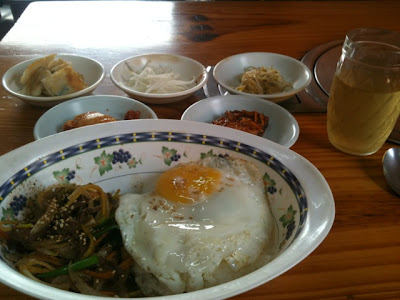 I ordered the bibimbap. I was served a few side dishes of kimchi which included radishes, bean sprouts, tofu and cabbage. I was even provided a glass of tea. 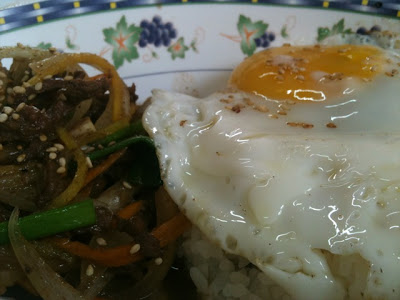 The bibimbap contained rice, beef bugogi, vegetables and an egg.

Yummmmmmm... I'm declaring this the best asian food in all of South America.