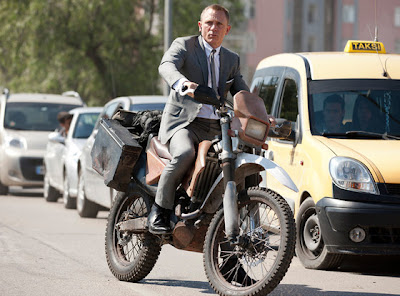 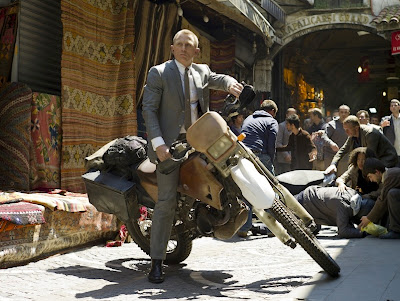 In the opening sequence Bond rides the motorcycle through the streets and on the rooftops of the city of Istanbul, Turkey. In typical 007 style the chase segment is fast and furious. 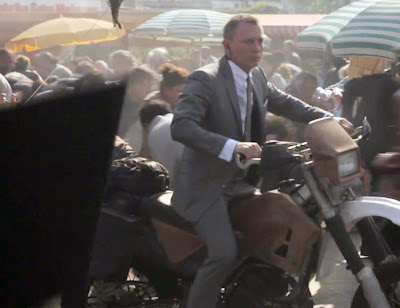 The film supposedly used 25 of the Honda CRF250Rs in various configurations for the production of the scenes. The CRF250R is a dirt bike. The obvious modifications that the filmmakers made to the motorcycles for stylistic purposes for the film were to add headlights, taillights, signal lights, windscreens, hand guards and tank modifications. Honda does produce a dual sport version of the CRF250 which is called the Honda CRF250L. 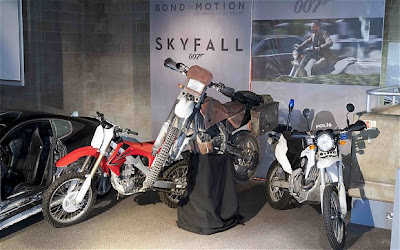 Here are some images of the motorcycles used during the production of the film.
Here is a video with the original storyboard (scetchings) for the motorcycle segment.

Here is a video of the behind-the-scenes making of the motorcycle segment.


And finally, here is a video of the promotional trailer for the film.