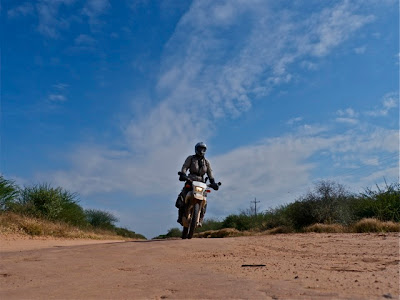 From El Chaco I rode south. 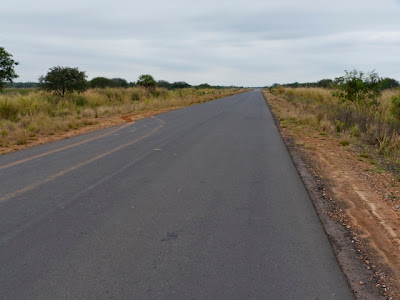 The dirt road eventually turned into an asphalt road.

In the town of Mariscal stopped and checked in with the Paraguayan Migration (Immigration) to get my passport stamped. No worries, it was a quick and easy process. 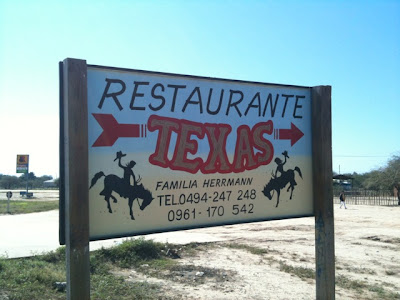 As I was exiting the town I passed by this sign. Being from Texas, I had to check this out. 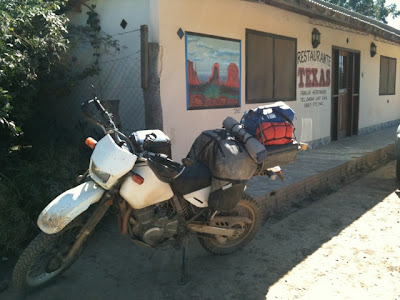 I located the restaurant and decide to take a break for lunch. 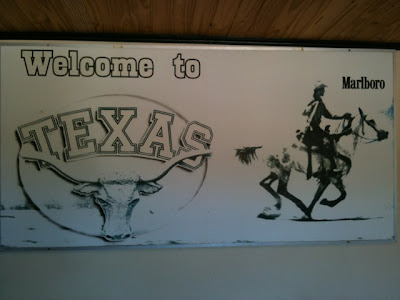 I met the owners of the restaurant. It turns out the owners were not from Texas at all. It was a married couple, the man was German and the woman was Thai. I asked them how they came up with the name and theme for the restaurant. They said that they used to live in Filadelphia, a town down the road, and bought the restaurant from another family. They moved the restaurant to Mariscal because they felt that there was to much competition in Filadelphia. Fair enough, I asked them what they had on the menu that was from Texas. The lady said that they hamburgers and spaghetti. Well, it was not quite the authentic Texas culinary experience that I was hoping for, but I wished them well. 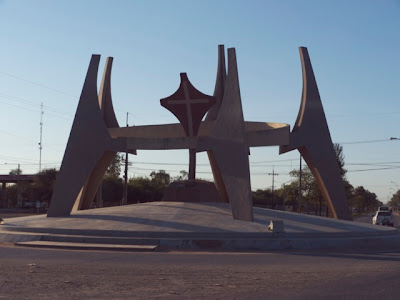 I was actually traveling to the town of Filadelphia and the Mennonite colonies.

Filadelfia is the capital of Boquerón Department in the El Chaco. It is the centre of the Fernheim Colony. It is about a 5 hour drive from the capital of Asunción. The town of Filadelphia and this part of El Chaco had an interesting history.

Filadelfia was founded in 1930 by Mennonites who fled from the Soviet Union because of religious persecution. The journey to Paraguay was extremely difficult. Their destination, set aside by Paraguayan government decree, was completely undeveloped. Travel was exhausting: a steamboat was taken up the Paraguay River to Puerto Casado, from where a narrow gauge railway went 150 km (93 mi) west into the Chaco bush. From there it was a few more long days of travel by oxcart to their settlement area. Over decades, the Mennonites turned a dry and thistle covered area into fertile farmland.

The economic base of Fernheim is agriculture and processing of agricultural products. The most important products are cotton, peanuts, beef, milk and dairy products.

Filadelfia lay near the front of the Chaco War, but was little affected due to the pacifist beliefs and customs of the Mennonites. 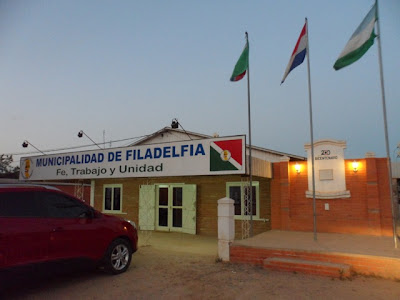 Today the town has a city hall, museum, a library, a radio station and other structures. The colony's villages lie around Filadelfia, as do several native reserves, home to much of the area's native population, from the Chulupí, Lengua, Toba-Pilaga, Sanapaná and Ayoreo groups. 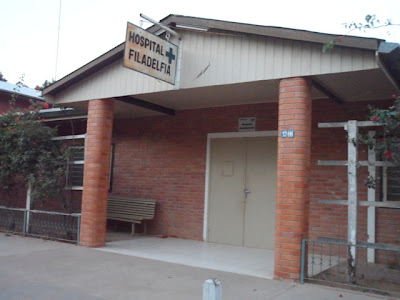 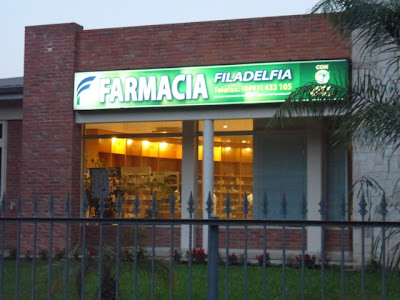 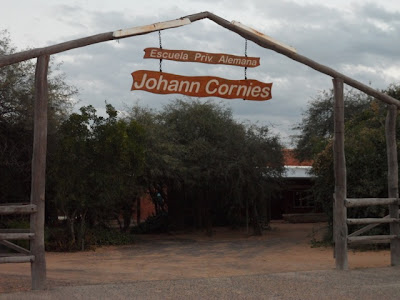 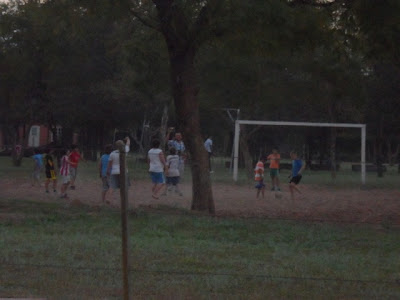 A park and playground 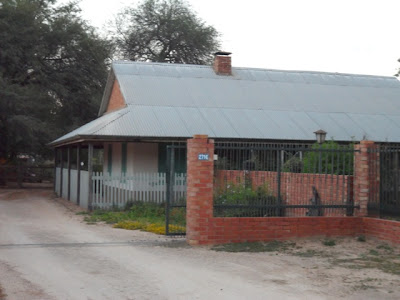 The houses tended to be rather large, to accommodate the families with numerous children, but were simple and utilitarian in design. 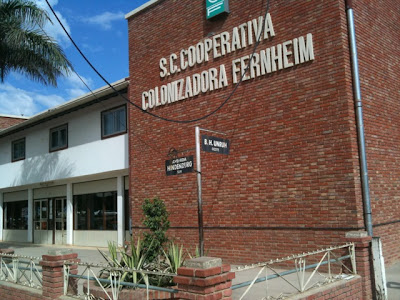 The center point for the whole town and community was the large and modern cooperative supermarket. It was like a compact Walmart selling everything from groceries to auto parts to agricultural products. 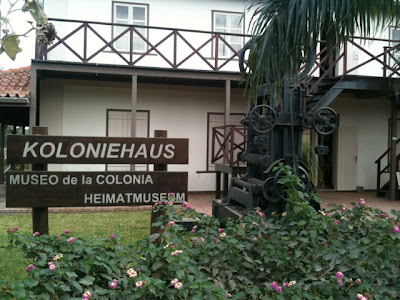 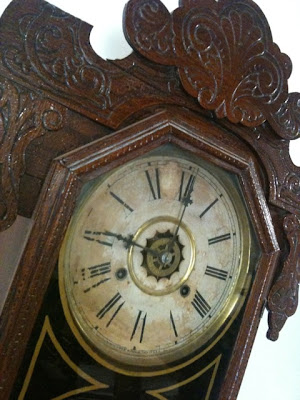 An old clock housed at the museum. 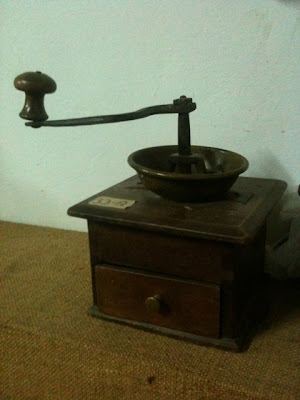 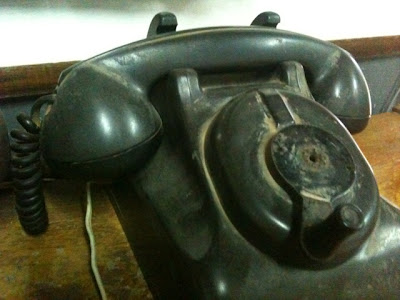 A telephone from the era. 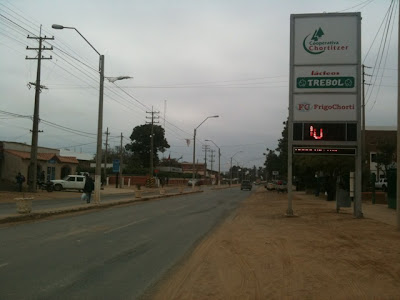 I visited another town of the Mennonite colonies called Loma Plata. It was the first colony of Canadian immigrants in the region and was founded in 1927. It is an important urban and administrative center for the Cooperatives Menno. It is the base of the huge dairy cooperative known as Trebol. Supposedly this area produces something like 80% of the agricultural exports for the country of Paraguay. 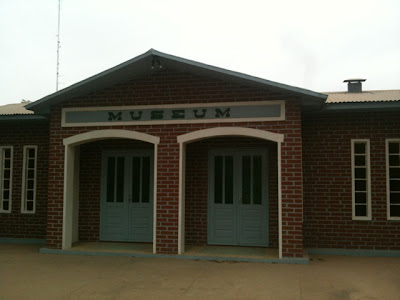 There was another colonial museum in the town of Loma Plata. 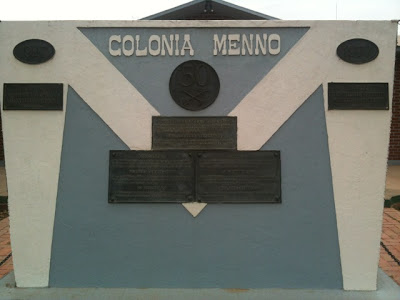 A monument dedicated the founding of the colony 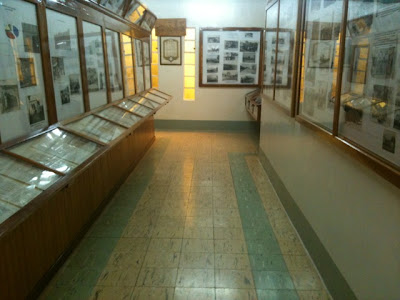 A museum with displays about the founding and struggle to develop the city. 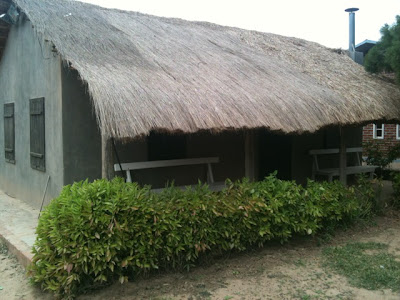 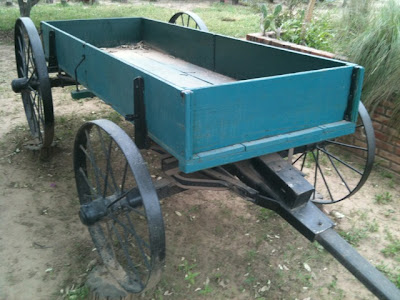 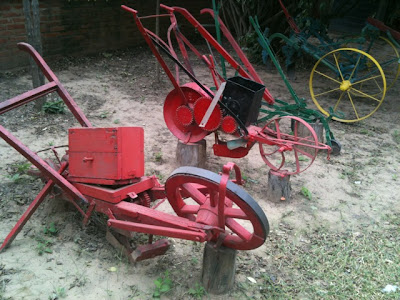 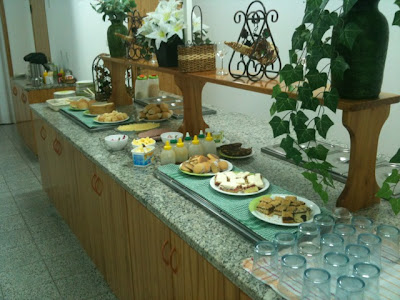 One of the great things about the accommodation in the Mennonite colonies was they tended to serve nice German style buffet breakfasts.