Kids and Kart Races in Sucre

I was walking around Sucre and came across this banner near the central plaza. 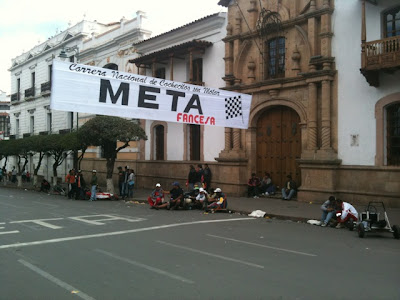 The banner reads National Race of Karts without Motors...Finish!. It appears that every year Sucre hosts a push kart race for youth. There were entries from different regions of the country and divisions based on age. 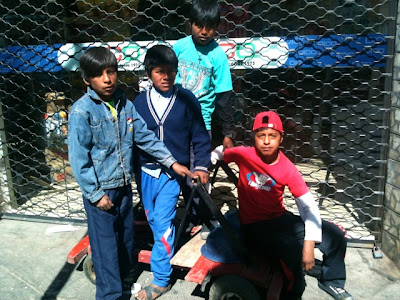 I met this crew on the street. There is always one driver and one pusher. They can switch places during the race. The driver drives and the pusher pushes. The pusher hops on the back of the kart on some of the downhill sections. 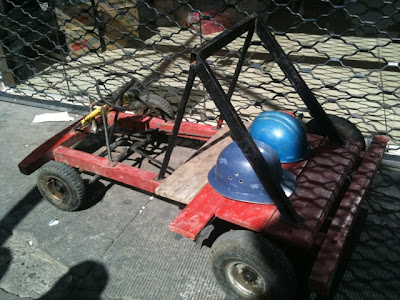 The crew proudly introduced me to their kart. A classic build... 4 wheels, wooden planks, pad brakes, push bar and helmets. 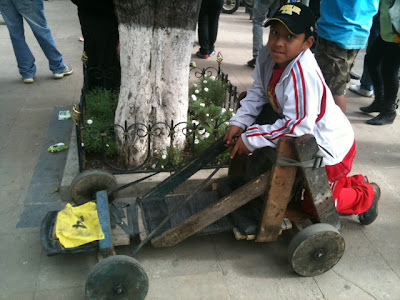 This little guy had an amazing kart made mostly with wood. Notice the wooden wheels wrapped with rubber for traction. He steered the kart with a cord attached to the front axle. 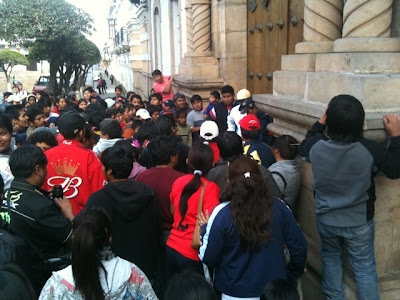 At the end of the race there was a big controversy over the times and the victors. I left and came back two hours later and it still was not resolved. Nothing worse than upset kids and mad parents. I thought that there was going to be riot. 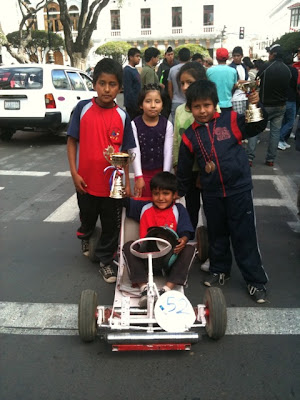 Eventually they awarded prizes to the winners. This was one of the teams that won. Their kart was amazingly engineered and built. This was another winner with a simple but well designed kart. 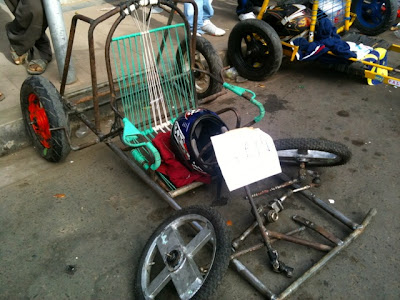 And... unfortunately there were some karts that did not survive.
Here is a short 1 minute video of some of the kart racing action.
By Troy - September 28, 2012