I met up with some friends that were visiting Bolivia. 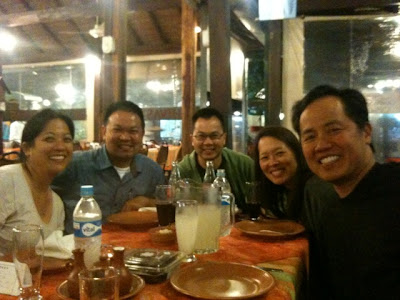 Noel, Dave, Steve and Pat were in Bolivia on a mission trip. We had a chance to walk around the city center a bit and enjoy a nice dinner of asado (bbq). There were some other friends that I got to see as well that were not in this photo. Big ups... Gaylord, Caris, Leslie, Sophia, Cara, Ricky and Candace. It was great to see you all.

Dave brought me some motorcycle parts that I had ordered online... a new chain, a front and rear sprocket, chain roller, gas filter and a tank bag. 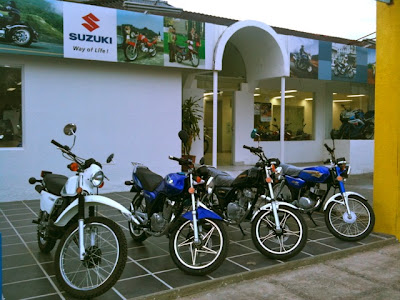 The next day, I took the chain and sprockets to this Suzuki dealer and asked them to install the parts and perform some other maintenance. Emi had reached her 20,000 mile (32,000 km) anniversary. It was time to give her some tender loving care. The shop installed the new chain, sprockets, chain roller, gas filter, and performed an oil and filter change, air filter cleaning, lube, carb adjustment, valve adjustment and a washing. As a result, Emi was looking good and feeling good. 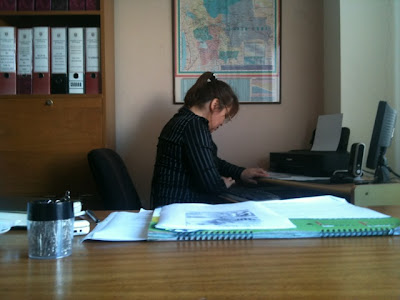 While in Santa Cruz, I wanted to obtain a visa for Paraguay. I visited the Paraguay consulate office which was not far from the town center. The staff member was helpful and explained the process to me. I needed to fill out a form. Check! I needed to provide a passport photo. Check! I actually was carrying one with me, so it worked out fine. And, then I needed to go to the Mercantil Santa Cruz Bank and deposit US$100 into a specific account. No problem... 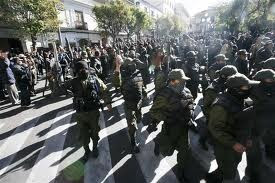 Except that the police were on strike across the nation. It was a pretty intense situation for a while. There was news coverage of the striking police officers taking over police stations and wielding their weapons. Businesses were not opening. 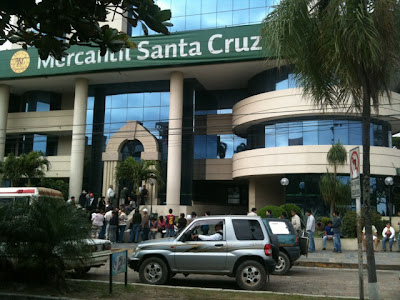 Which meant the Mercantil Santa Cruz Bank was closed because of security concerns. People were still lining up outside the bank with the hope that they would be able to access their accounts. But I waited around for two days and the bank did not open. Which meant that I was not going to be able to deposit money in the bank to pay for my visa for Paraguay.

Sometimes, you just have to make it up as you go.

So instead of waiting in Santa Cruz for the police strike to end, I decided that I would take a trip to a little visited area in eastern Bolivia.