I dropped by the Club de Pesca (Fishing Club) in Ushuaia to pick up a fishing license and perhaps a little advice. I picked up a license for about $100, but honestly they were a little short on advice. They provided me a booklet with the local fishing regulations and that was about it. 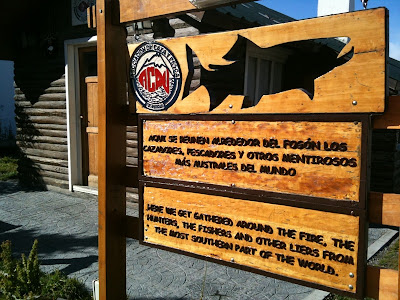 I did like the sign that was hanging outside. It says, "Here we gather around the fire. The hunters, fishers and the other liars from the southern most part of the world."

With my license in hand I headed to the Tierra del Fuego National Park. 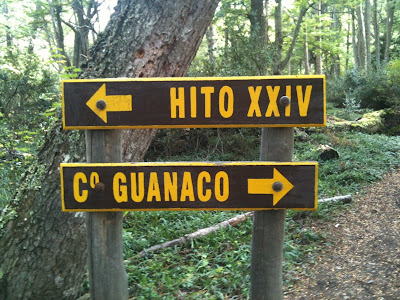 I decided to go on a little hike and take route 4...the guanaco. 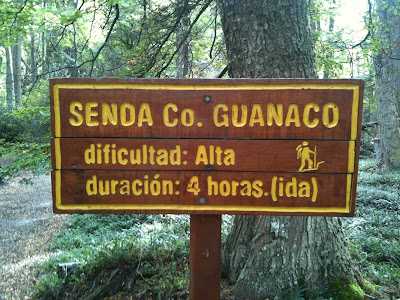 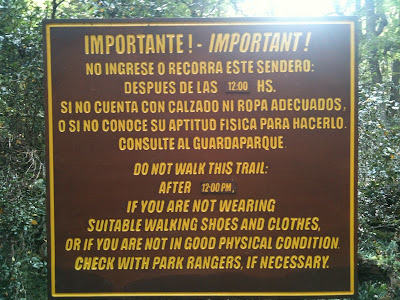 And then there was this sign. Do you think that they were trying to warn me of something. 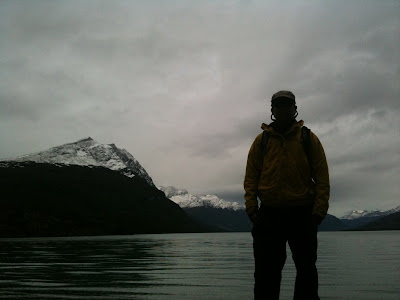 The trail started by the lake called Lago Roca. 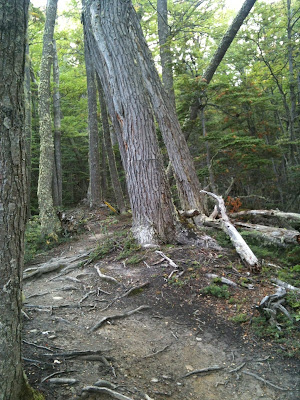 Then the trail went straight up through the forest.

I came across this little stream. 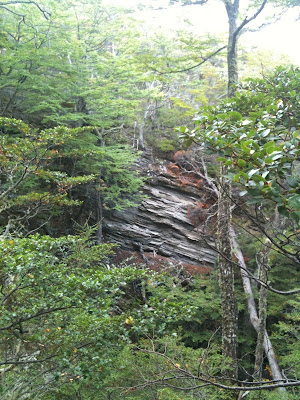 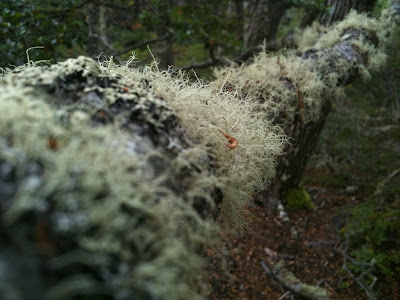 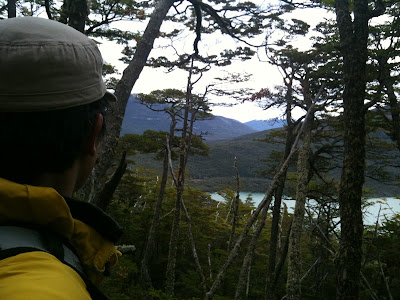 There were some scenic overlooks, but the trail itself was not anything special...just steep. I decided that I'd had enough hiking. 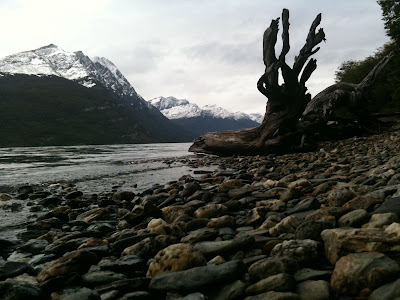 I returned to the lake and started fishing.

I caught one, brought it to shore, then released it. Unfortunately, I did not have time to take a photo.

I had a second strike, but it got away. I call that my catch and early release program.

A great day of hiking and fishing in Tierra del Fuego