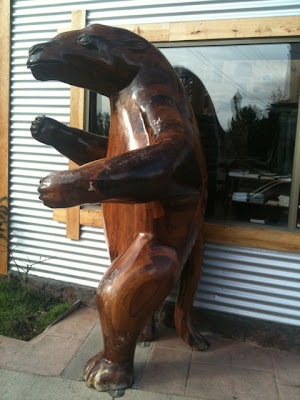 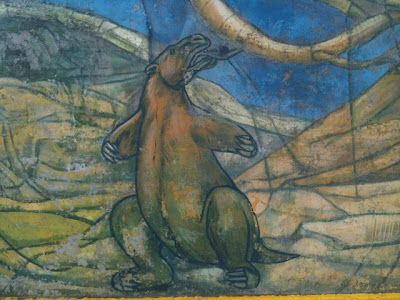 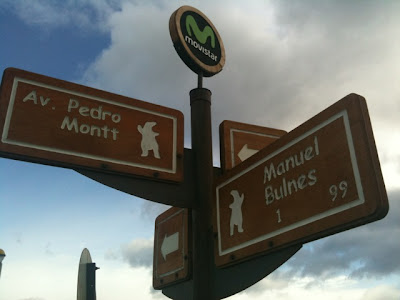 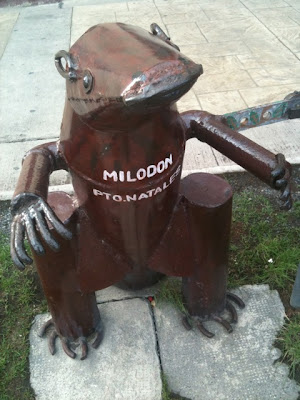 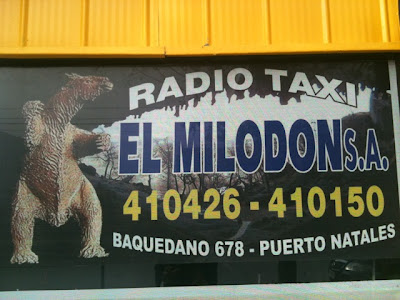 And even a taxi company was using the figure. I really did not know what to make of it. 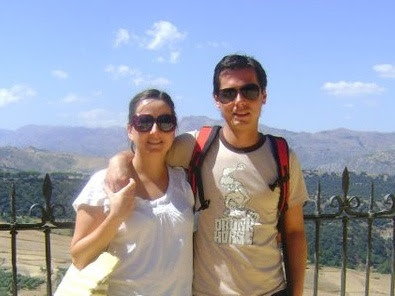 Then I ran into this couple, Marta and Alex. They seemed to be somewhat of experts on the figure. They told me that the figure was a milodon. Furthermore, they mentioned that there was a cave outside of the city which was reportedly where this milodon was first discovered. They said that they were actually going to visit the cave and that I could tag along if I wanted to. 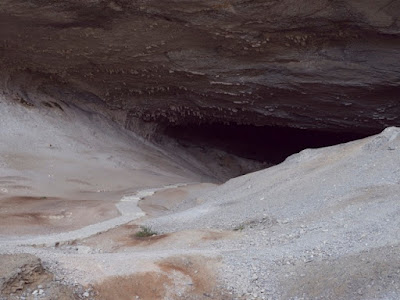 After a 15 minute cab ride we arrived at the entrance of the cave. The entryway was huge...and the inside of the cave was massive. The cave could probably fit a entire football field inside. I was impressed. What kind of animal would need such a large cave within which to live. 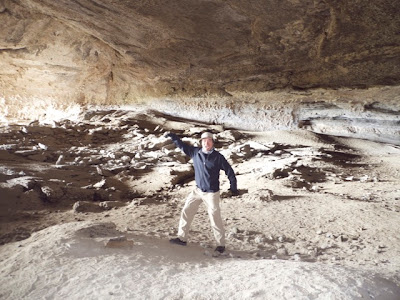 I went inside the cave to explore, but really could not find anything except a few mounds of dirt, some holes dug into the dirt and... then... then... then I saw something at the entrance to the cave. 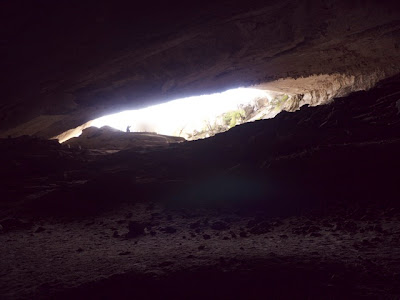 I could see a figure, but I could not make out exactly what it was. 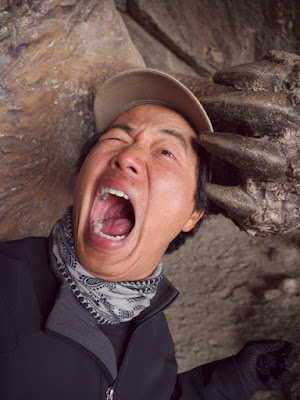 Before I knew it something grabbed my head from behind. But, due to my prowess I was able to wiggle away. 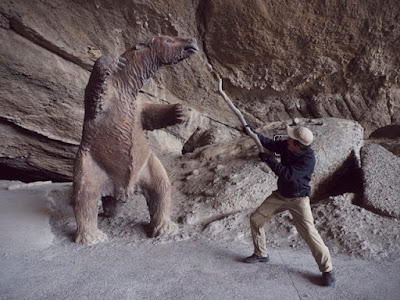 It was the giant milodon! I grabbed a nearby stick to fend it off. 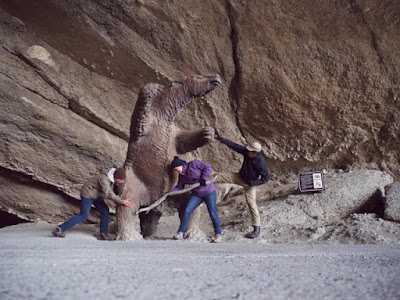 Marta and Alex who were nearby jumped into the battle. We were kicking, sticking and biting the giant milodon. 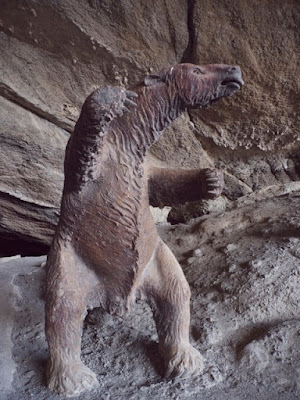 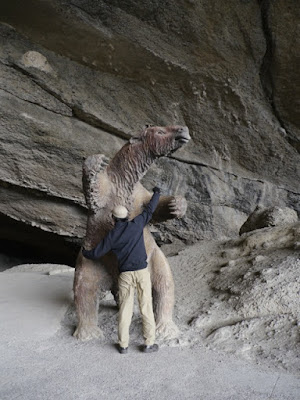 
For more about the milodon click on this link.