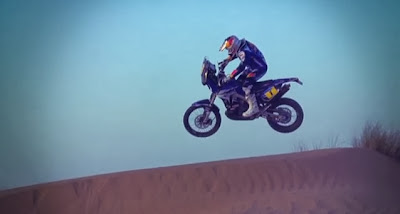 Cyril Despres is a five time winner of the Dakar Rally. Despres won the 2013 Dakar riding a KTM 450 motorcycle, but decided to try his luck this year riding a Yamaha 450. He is considered the top rider in the world, but will he be able to deliver a victory with his new motorcycle?
Check out this interview with Despres about the 2014 Dakar Rally and his new ride.
By Troy - January 02, 2014