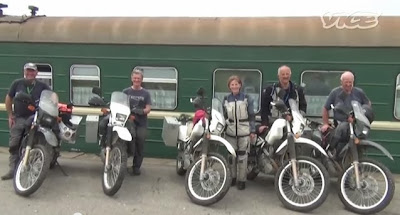 Vice.com shared this short documentary about a group of adventurers who traveled by motorcycle through North Korea and South Korea. Their choice of motorcycle was the Suzuki DR650. The group of five New Zealanders include Joanne Morgan, Gareth Morgan, Dave Wallace, Brendan Keogh and Tony Armstrong. 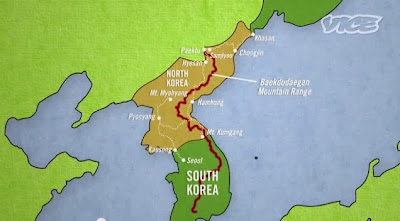 The real journey began years ago, when they decided they wanted to ride the Baekdudaegan, a mountain range that stretches the length of North and South Korea's shared peninsula. After countless hours of negotiation and coordination with both governments, they were granted permission. It was, the Morgans believe, the first time anyone's ever traveled through both countries like that since the partitioning of Korea in 1945. 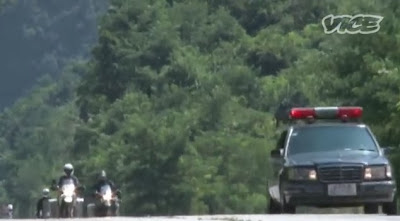 During the entire journey they were escorted by North Korean security. Joanne and Gareth shot the entirety of their trip. 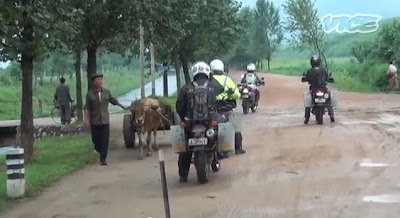 By making the trip they hoped to demonstrate how Koreans can come together over what they have in common. To symbolize this, the group took some stones from Paektu, a holy mountain in the North, and brought them to Hallasan, a similarly sacred peak in the South. 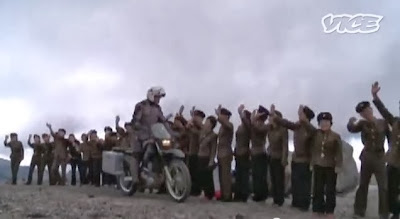 It's a view few foreigners have seen, and even if planning the road trip straight through the Demilitarized Zone required working within parameters set by the highly choreographed and restricted confines of North-South Korean diplomacy, this was a journey worth documenting from start to finish.