There was a film that I read about online that I wanted to watch. It was showing in an area called Cinelandia in the central area of the Rio de Janeiro. The film was screening at a place called the Centro Cultural Justicia Federal (Federal Justice Cutural Center). I ended up watching the film, but it is what I discovered inside the building that I found truly amazing. The best part is the last part. 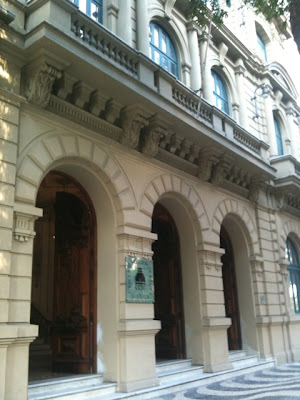 I thought that it was odd that a film was showing in a building dedicated to justice, but I decided to check it out. From the outside, the building did not appear to be anything special. In fact I had walked by this very building previously without noticing it. 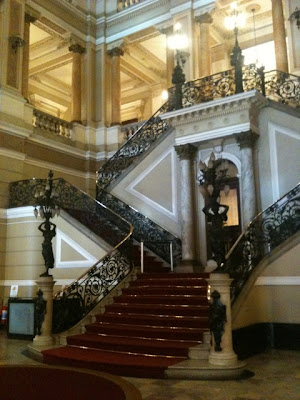 However, on the inside it was actually pretty ornate. 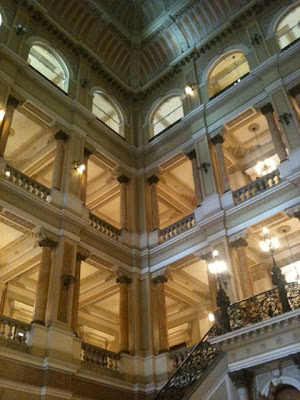 And there were multiple floors beautifully lit up. I was early to the film screening, so I thought that I would stroll around the building. I came across this chamber, which was designed as a court or hearing room. 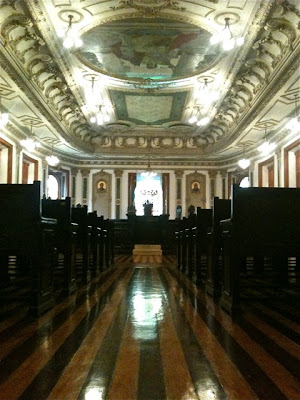 From floor to ceiling it contained some intricate and complex patterns. 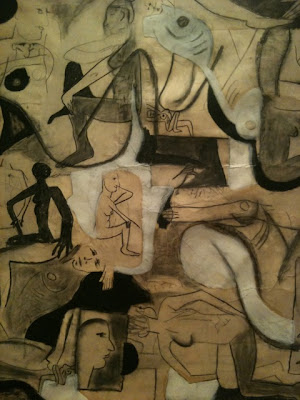 I walked around to some of the other rooms and found some cool collage art. 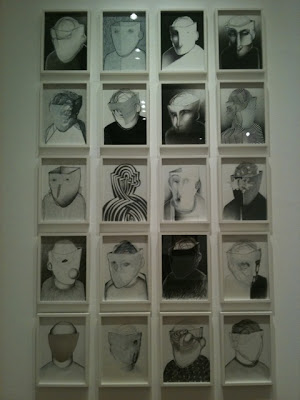 A collage of faces 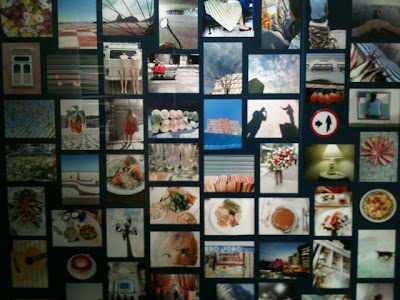 I thought that this might be an interesting way for me to present some of my photos. 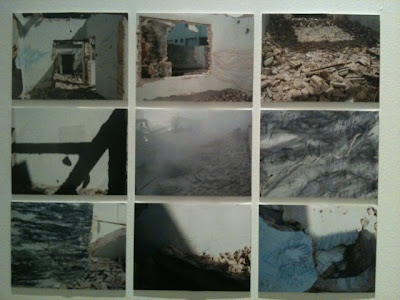 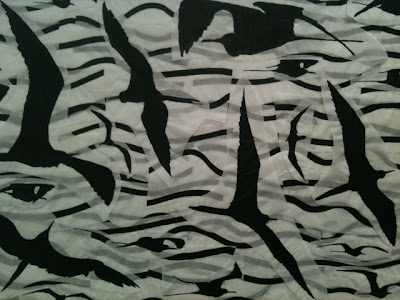 A collage of birds 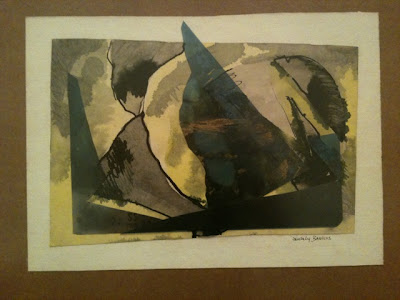 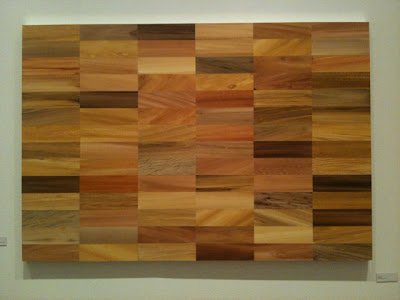 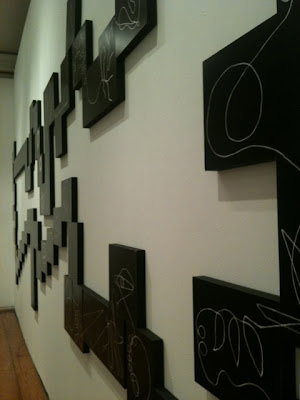 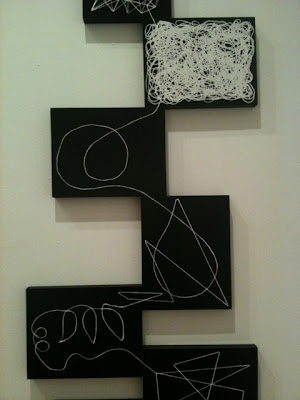 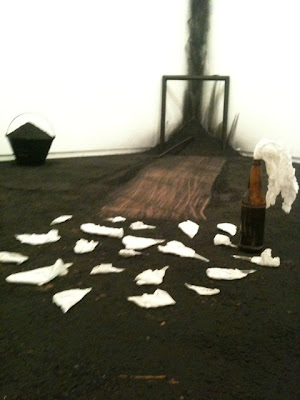 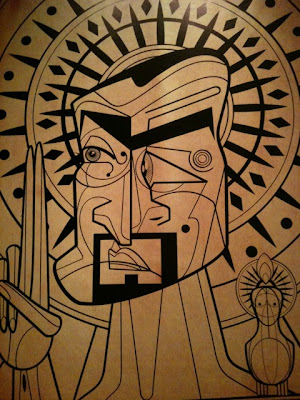 And then I came across this exhibit. All of the pieces were amazing patterns transferred onto large panels about 10 feet by 8 feet in size... huge! I believe that these patterns were digitally produced and printed onto these huge canvases. 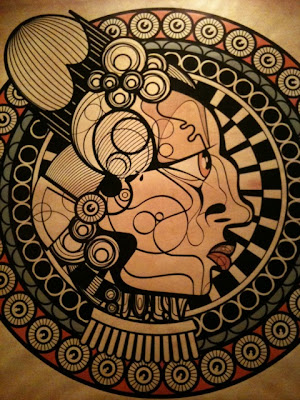 Some appeared to be indigenous art. 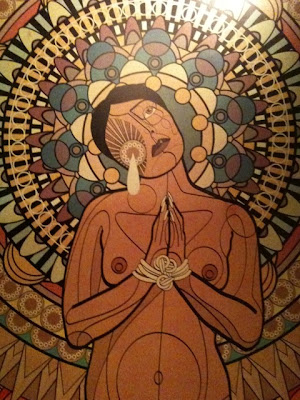 Some images had more of a religious symbolism. 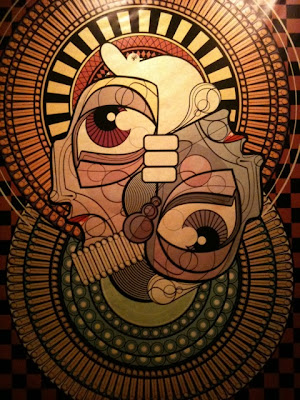 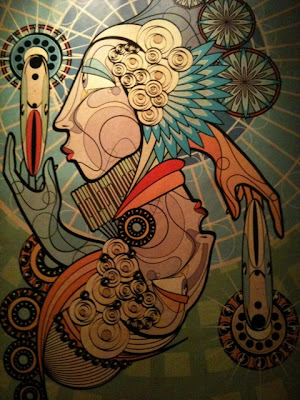 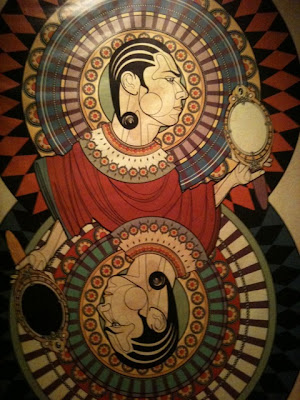 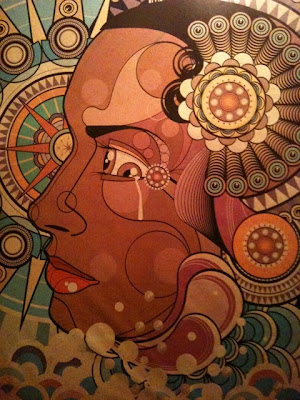 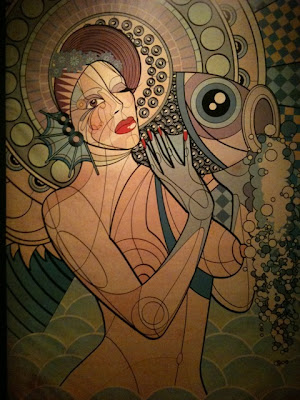 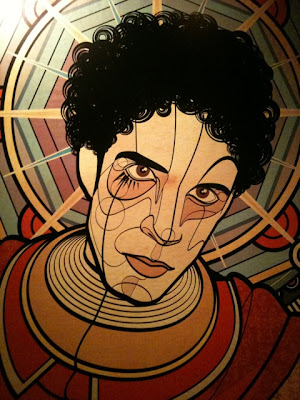