Florianopolis... An Island of Contrast 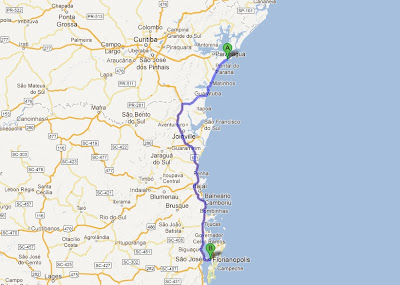 From Ilha do Mel I caught the ferry to Ponta do Sul. I reclaimed my moto from the parking garage, then headed south. 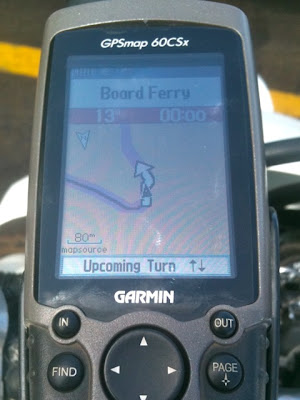 Along the way I had to cross another ferry. It even registered on my GPS to board the ferry. 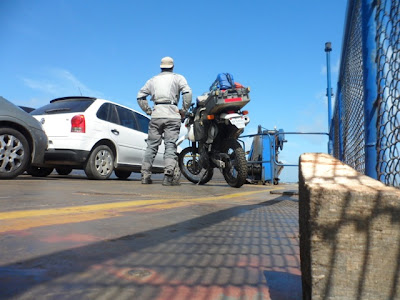 It was a short crossing of maybe 5 minutes. Motos enter and exit first. 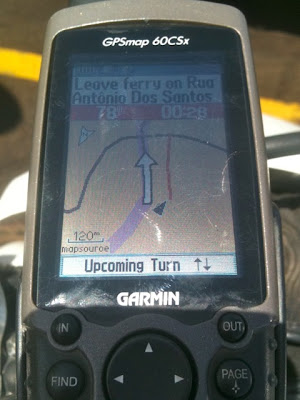 I debarked from the ferry and proceeded south. 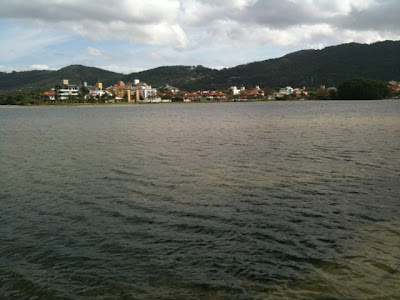 I rode for perhaps 5 hours in total before I arrived at my destination... the island of Santa Catarina... the city of Florianopolis... or Floripa for short. 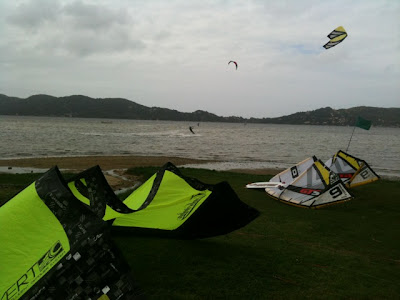 Florinopolis is a seaside town and is know for its beautiful beaches and water sports. The picture above shows some kite boarders cruising around the bay. 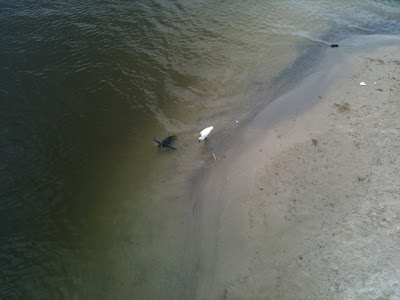 This Magellanic Penguin was practicing some kind of water sport. It looked like the seagull was coaching him on. 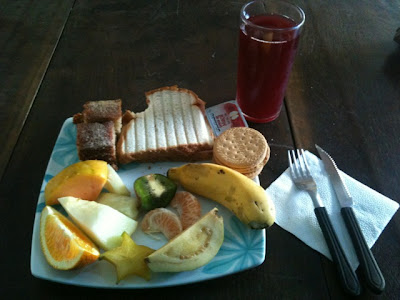 The Submarino Hostel at which I stayed offered a nice breakfast of fruit, breads and juices each day. 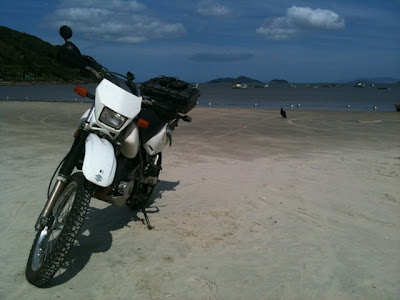 Over a few days I explored the island by moto. First I went to the south eastern side of the island. 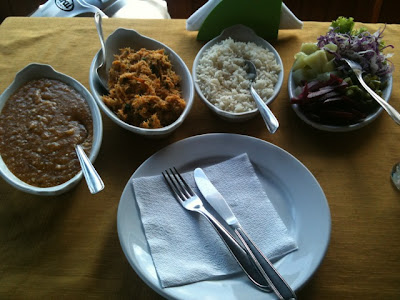 I had lunch at a seaside cafe that had some kind of seafood special. 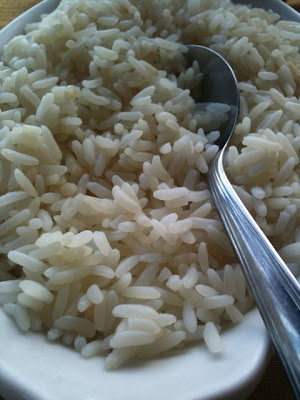 The rice was good 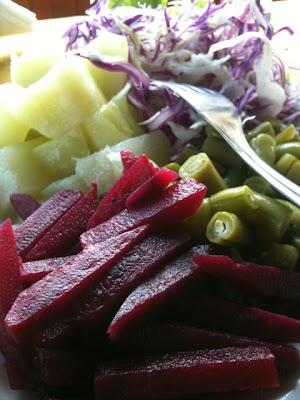 The vegetables were very good. 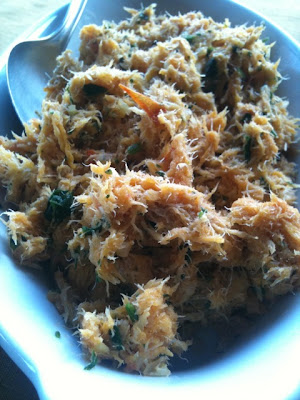 And then there was this... I never really found out what this dish was called. It seemed to be either shredded fish or cuttlefish. It was a little salty for me. 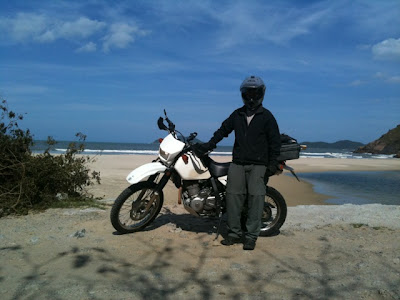 I rode around a little more and found this secluded beach at the very tip of the island. 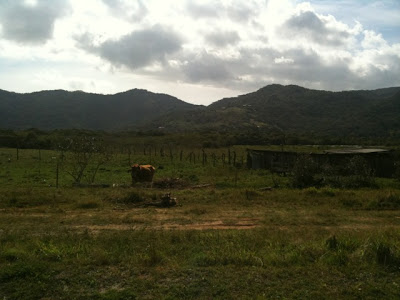 Then I headed to the south western side of the island. In between the east and west sides there were farm pastures. 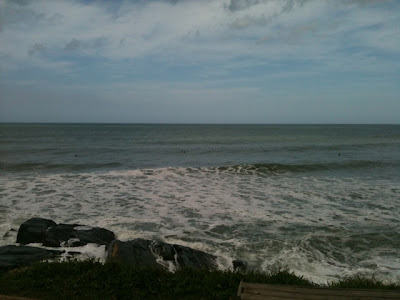 I reached the west side of the island and the water. 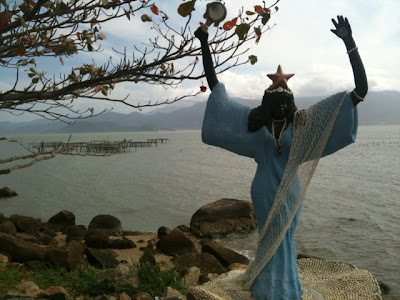 Along the way I came across this statue. 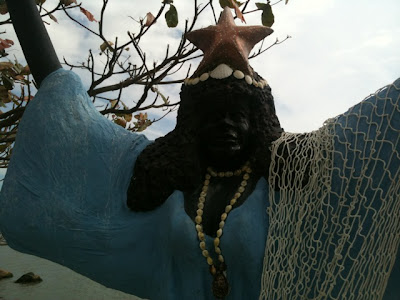 I believe that this is suppose to be a siren or goddess which protects the fishermen. 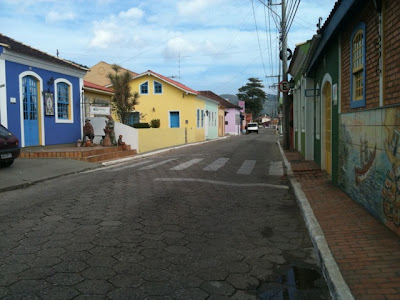 The south western side of the island consisted primarily of small fishing villages with colorful houses. 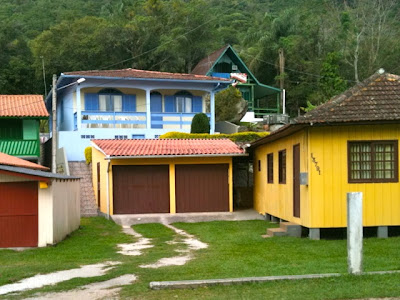 I liked this arrangement of houses. 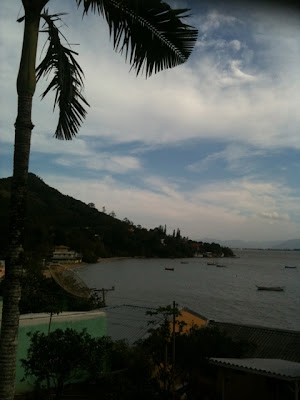 There were a number of coves with fishing boats anchored in the water. 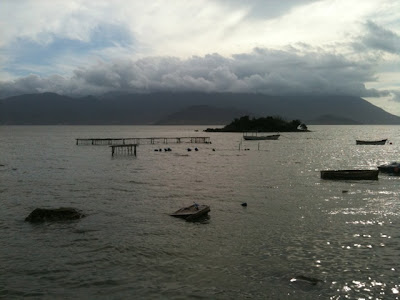 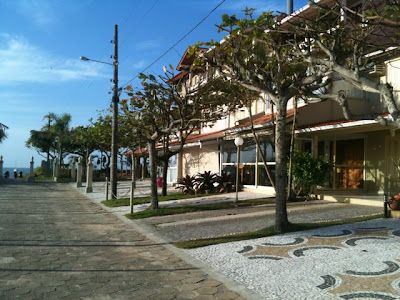 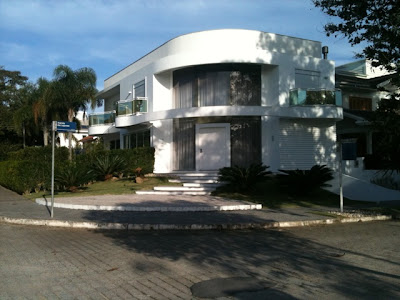 In contrast, the north side of the island had more modern almost futuristic designed buildings. 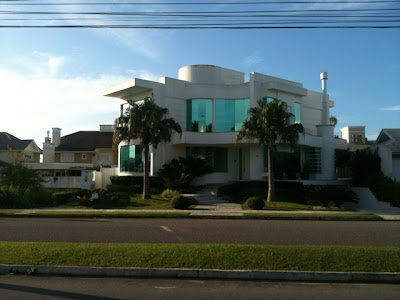 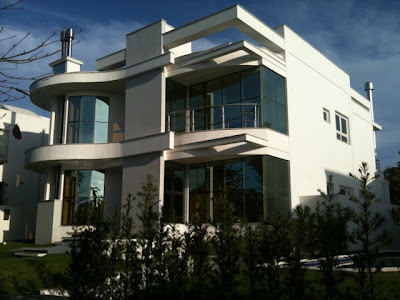 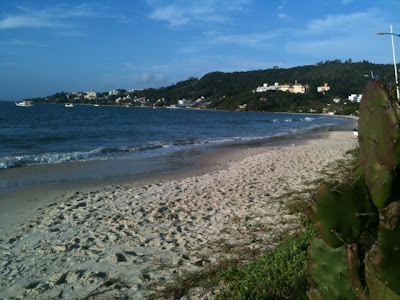 I spent a little time on the beach, then headed back to the center of town and my hostel.
The weather was a little cool, so it was not quite ideal beach weather. But, I had a good time exploring the island and seeing the contrast between the different beaches.