The Most Beautiful Road In Vietnam 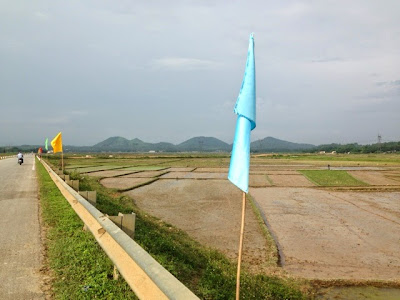 I woke up early and well rested. My apprehension about my hotel was unfounded. It was an uneventful evening and peaceful night. I did not eat anything for breakfast because I was eager to get back on the road. Someone must have known that I was passing this way, because they placed these multi-colored flags along the highway to welcome me. 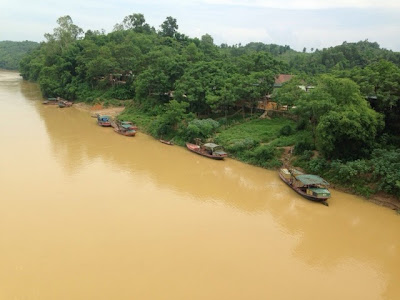 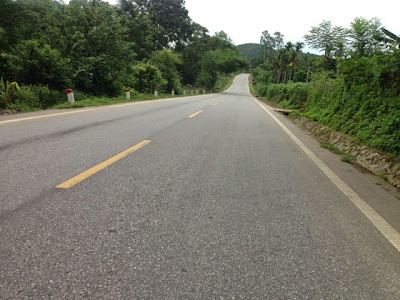 I knew that I had a lot of ground to cover today. Luckily the highway was in good condition. And, the view was not bad either, mostly rolling hills broken up low lying fields of corn, rice and some other crops that I could not identify. When I passed this river I had to stop. Cau Troi... I think that they were trying to name the river after me, but spelled my name phonetically. 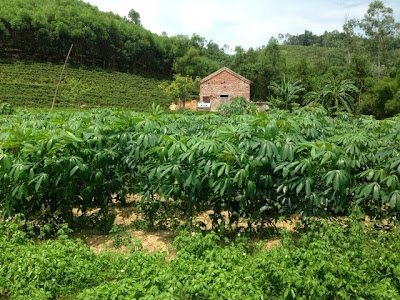 I could not tell if this crop was tea, tobacco or something else. 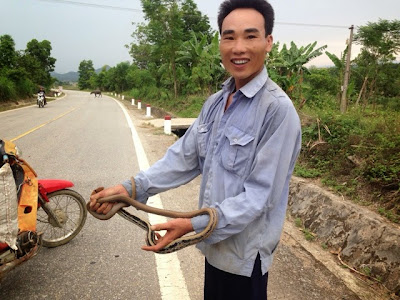 I was following a local motorcyclist for a while. He was nicely dressed in trousers and a button down shirt. All of the sudden he stopped his motorcycle, almost in the middle of the road, and leaped at something on the side of the road. When I passed him I could tell that he had caught something by the tail, but the body was still in the bushes lining the side of the road. I slowed down and circled around. I thought that maybe he had caught a big lizard. By the time that I made a complete circle he had pulled the animal out of the bushes and was holding it. It was a snake.

The guy was very excited and pretty happy with his freshly caught prey.

He was smiling so much that I do not think he was even concerned that the snake was biting his hand. In the picture above you can see that the snake is firmly biting him between his thumb and forefinger. 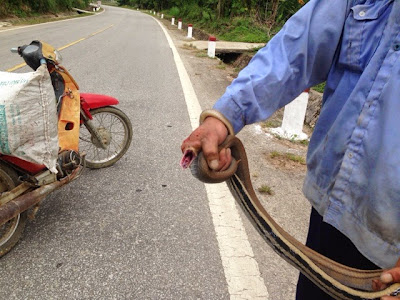 The snake was pretty large, maybe about six feet or two meters long. I could not tell what type of snake it might be. I was looking more at the man's hand that was bleeding and the snake's head that was hissing at me. The snake definitely had teeth, but it did not appear to have fangs like most vipers. The man said something to me.  I think that he said, this is a BIG one. I smiled at him and shook my head in agreement. I just wanted to acknowledge that he was pretty awesome. 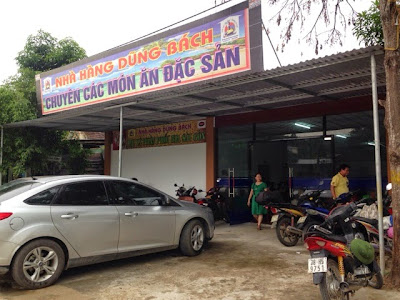 I rode on. Around lunch time I passed through a small village and found this roadside restaurant. The place was packed with people. It seemed like they catered to families and large groups. I was the only single person in the place. I sat down at a large table designed for 8 or 10 and asked for a menu. 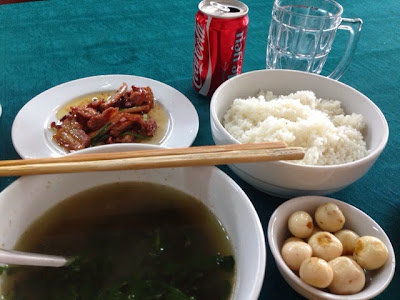 I ordered soup and barbecue pork. The meal came with this little bowl of items that I think were water chestnuts. I ate one, but I did not like the taste and texture. The soup and pork was good.

It was raining outside so I decided to take my time to eat and just enjoy the moment. After a while a large group of maybe 30 people entered the restaurant. It was kind of a mad scrabble by the staff to accommodate the group. The owner and the staff were scurrying around.  I looked at the owner and gave him a nod of my head. I was almost, but not completely finished with my meal. However, I wanted to let him know that I could finish my meal and vacate my table to accommodate the large group. He smiled back. He brought me my bill and removed the charge for my drink. It's funny how much a nod or smile can communicate. It is nice when simple gestures are rewarded with a smile or kindness. 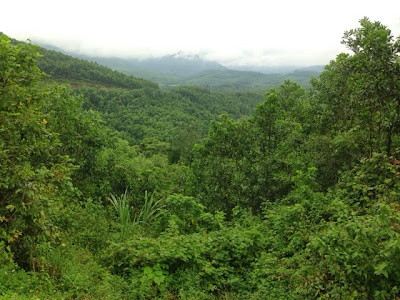 It just so happened that by the time that I paid my bill, the rain stopped. I continued on my journey and was treated to some lush green scenery with mountains in the background. 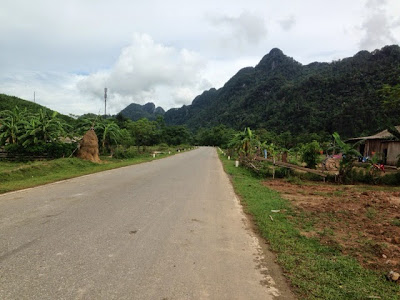 I rode through this valley that seems to wind through these protruding mountains as if were an obstacle course laid out by God. 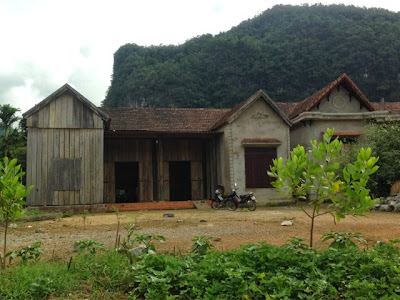 I loved the simplicity of these wooden houses. Just by looking at them I could tell that they were built to withstand rain and harsh weather, but also open enough to allow the breeze to circulate within the structure during the hot and humid times... a house that breathes. 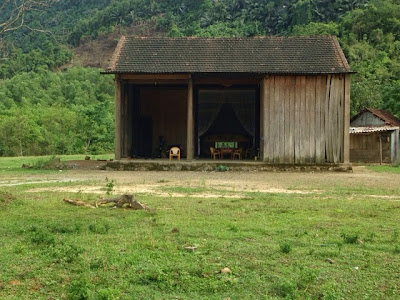 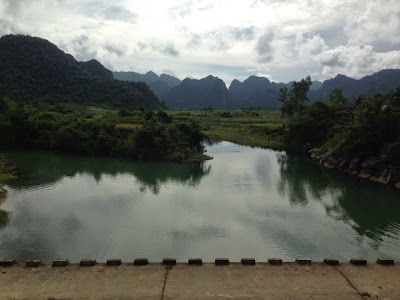 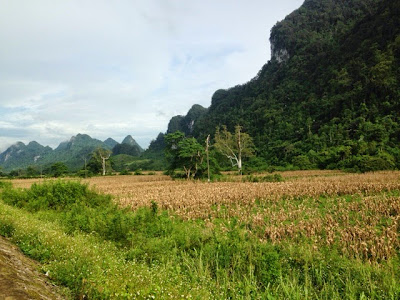 Fields of corn against a backdrop of tall ridges. 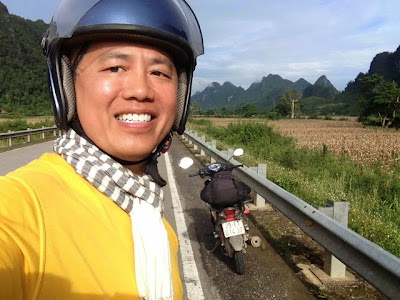 While passing through this area I told myself that I would have to remember the beauty of this rustic place. The road was smooth and twisty. The scenery was superb. After riding for a few hours in the rain, the clouds parted and I was warmed and dried by the afternoon sun. For me, I think that it was the most beautiful road in Vietnam.