And the thing to do in Potosi... is to go visit a mine. 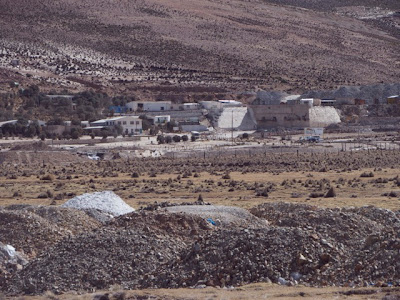 I saw the mines as I approached the city. 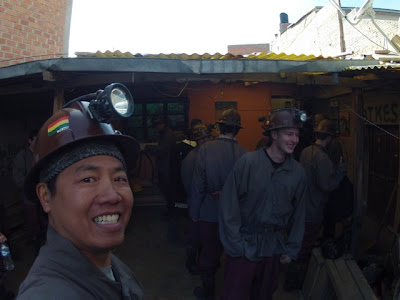 I signed up for a mine tour and was equipped with a vintage Beastie Boys outfit. 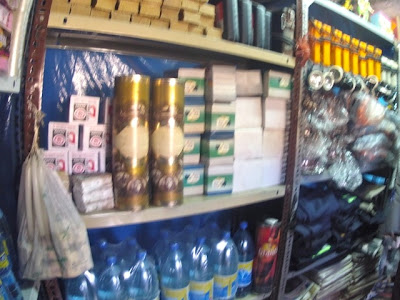 As part of the tour, I visited a mining store. It is like a convenience store for miners to pick up supplies for their work... like gear, tools, water... 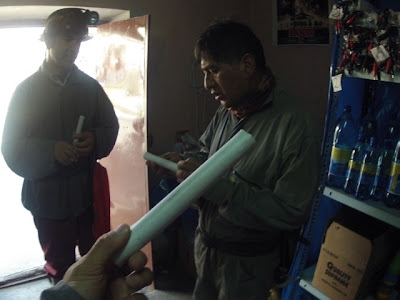 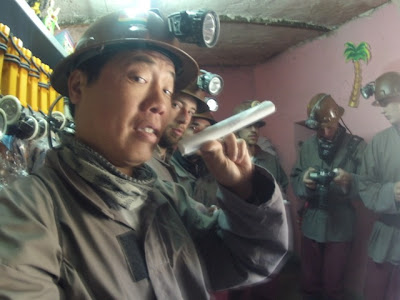 That's right... one can walk off the street and into one of these stores and pick up a stick of dynamite. 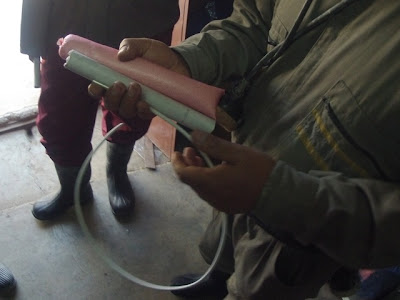 My guide showed me how to connect a fuse and add a bag of common fertilizer to add a bigger bag for my buck. 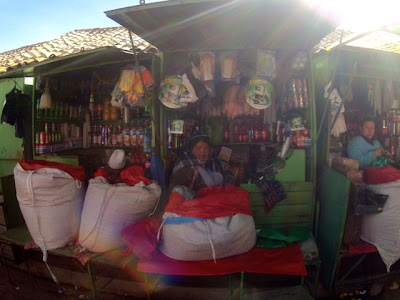 I then went to the miner market where I could pick up some grain alcohol to drink and some coco leaves to chew. These are actually things that miners take with them into the mines to lets say "take the edge off the work day". I was encouraged to buy a few items to bring into the mine to provide as gifts to the miners. 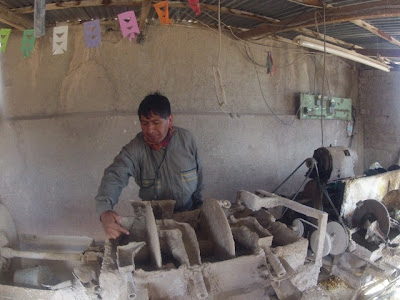 I was then taken to a part of the mine at which I was shown how minerals like silver are extracted from the material that is dung out of the mine. 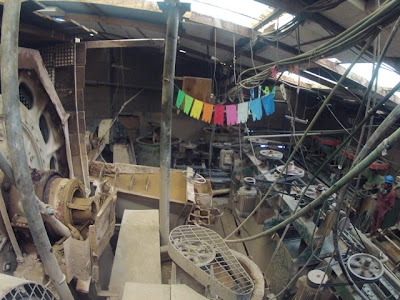 This huge apparatus separates the mineral from the material with water and chemicals like arsenic and mercury. 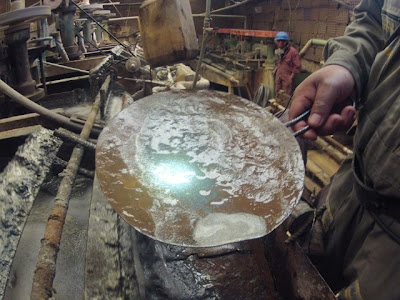 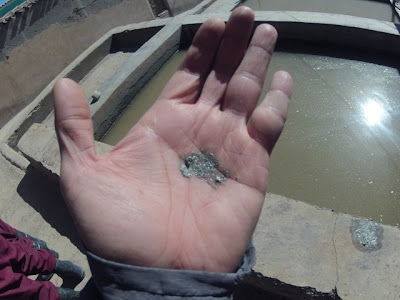 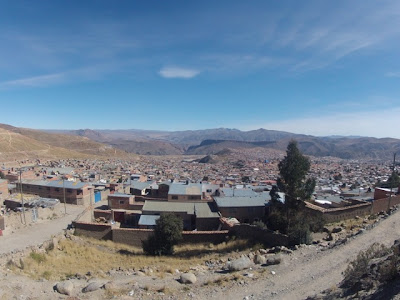 Then it was time to go inside the mine. 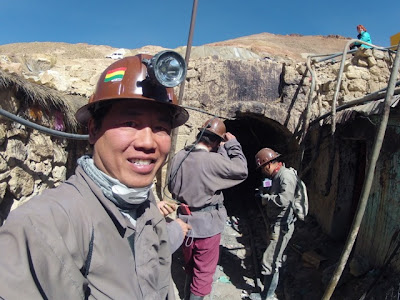 I took one last photo before I entered the mine, so that in case of an accident my body could be identified. 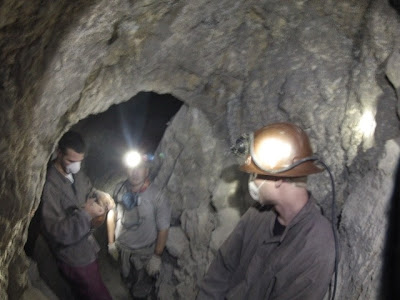 My guide, a former miner, briefed me on work and life in the mines. 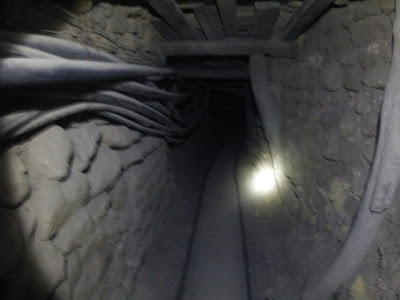 This is no Disneyland tour. This is a real working mine. There are some safety measures taken, but it is a risky proposition just entering the mine. 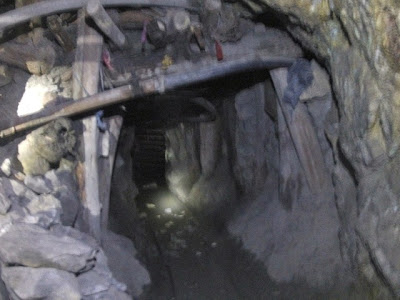 The tunnels are only about 5 feet (152cm) tall, so I had to hunch over while walking down the shafts. It is not easy hunching over, walking and breathing through a mask in temperatures that can reach 120 F (49C). I can honestly say that it sucked. We went down three levels. 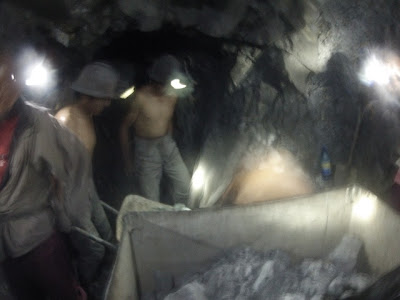 There was work going on and I was actually asked to help out. 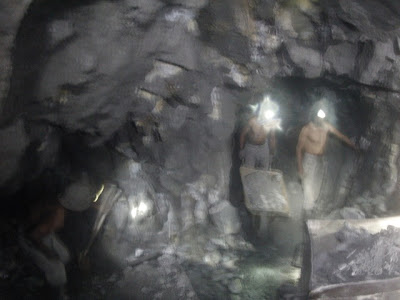 I took a turn loading and pushing a wheel barrel full of material. 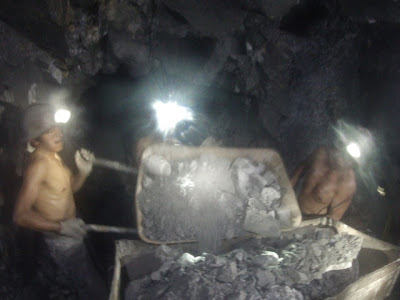 These miners are mostly friends that work in small groups of 4 or 5 together. They work together, earn together and trust each other with their lives. 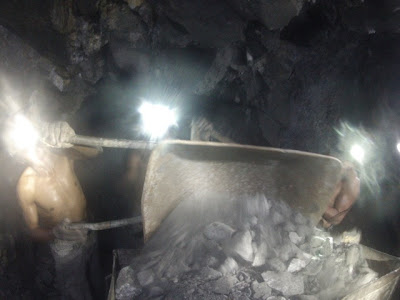 They mine this material with picks and shovels and sometimes dynamite. They push these loads of material out of the mines in steal carts. It is very physical work which takes place in hot and humid conditions. They often do not wear safety equipment because it impedes their work. 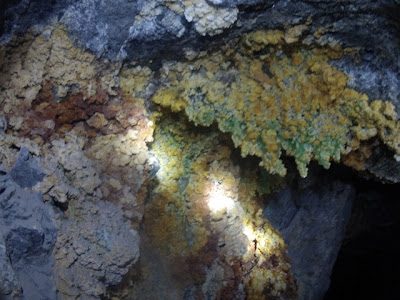 There are all kinds of particulate material like sulfur and asbestos that exists inside the mines and becomes airborne. It is hazardous just to breath the air. 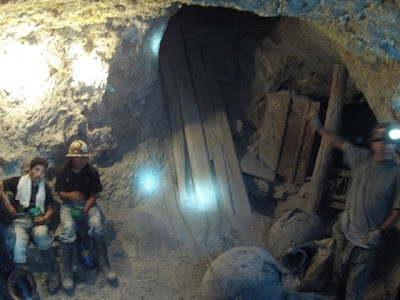 These miners were taking a break. A typical mine shift is 8 hours, but miners will often stay and work in the mines up to 24 hours to maximize their time. Once one is inside the mine, it is a bit difficult to leave the mine. For sustenance, they bring with them water, grain alcohol and coco leaves. They do not eat food, they just chew and eat coco leaves. Supposedly it provides them with energy and enough nutrients. 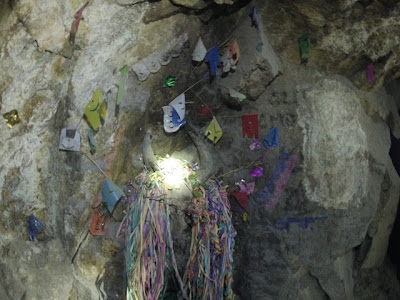 This is El Tio (The Uncle) who is a patron saint of the mine. The miners will often leave alcohol and coco leaves for El Tio with hope that he will protect and bless them while in the mine. 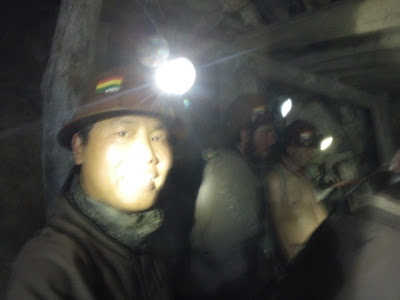 After two hours inside the mine I had seen enough. It was tough just walking and breathing in the mine. It was grueling work. I'd never want to do it. Honestly, I don't think that I would ever want to go inside a working mine again. It was that bad. 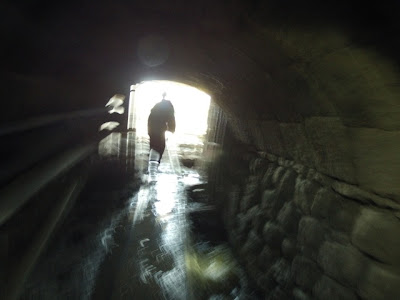 I left the mine with a new found appreciation for life. 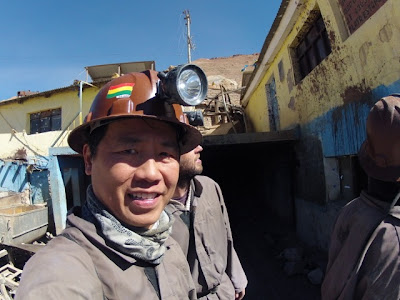 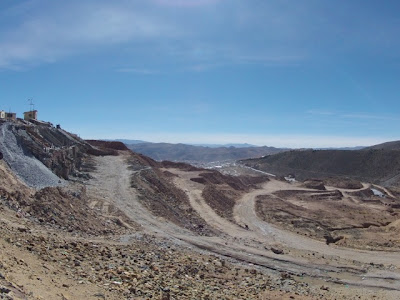 I will not be buying any silver any time soon.

There is a documentary that I want to see about the Potosi Mines called The Devil's Miner. Below is a trailer for the film.