One of the great things about Buenos Aires is that there are various neighborhoods in the downtown area and each has a different look and feel. I decide to do a city walking tour of the city center. There are two groups that offer free tours. One is called BAFreeTours and the other is called CityWalkers. I went with BAFreeTours. 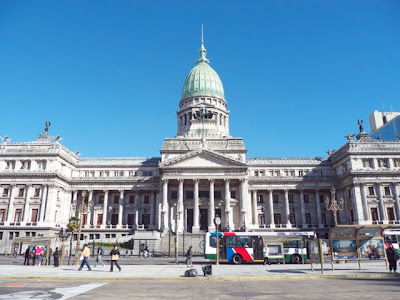 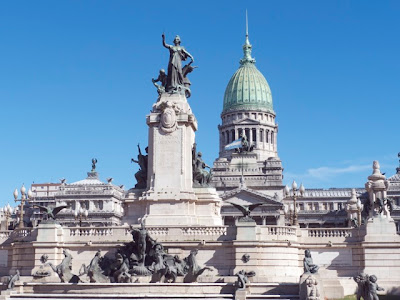 In front of the legislative building is a statue 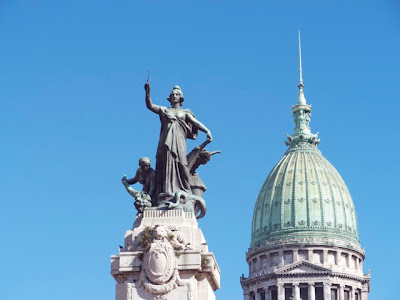 I was told that when ever one sees a statue of a lady in Buenos Aires that she represents the republic of Argentina. 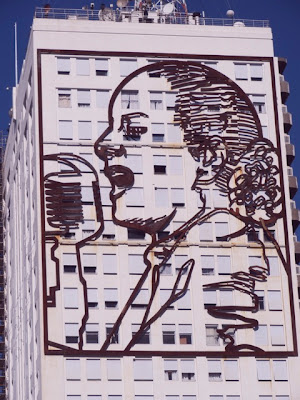 However, this art piece presented on the side of a condominium represents Evita.  María Eva Duarte de Perón was the second wife of President Juan Perón (1895–1974) and served as the First Lady of Argentina from 1946 until her death in 1952. She is usually referred to as Eva Perón, or by the affectionate Spanish language diminutive Evita. 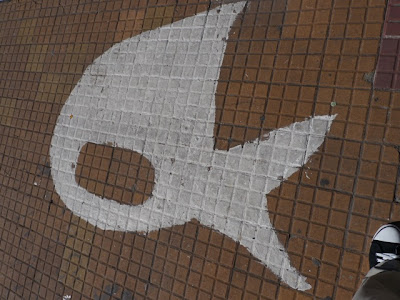 This painted image of a head scarf represents the Mothers of the Plaza de Mayo. The Mothers of the Plaza de Mayo, is a unique organization of Argentine women who became human rights activists in order to achieve a common goal. For over three decades, the Mothers have fought for the right to re-unite with their abducted children. In protests, they wear white head scarves with their children's names embroidered, to symbolize the blankets of the lost children. The name of the organization comes from the Plaza de Mayo in central Buenos Aires, where the bereaved mothers and grandmothers first gathered. They have continued to convene there every Thursday afternoon for a decade. 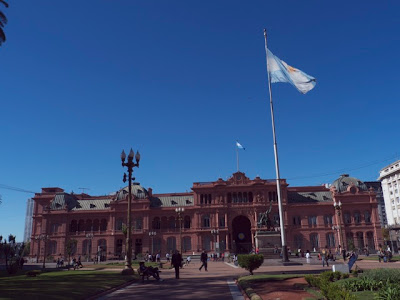 This is the Rose Palace which is the home and office of the president. It is said that Domingo Sarmiento, beautified the drab building with patios, gardens, wrought-iron grillwork and had the exterior painted pink reportedly in order to defuse political tensions by mixing the red and white colours of the country's opposing political parties. An alternative explanation suggests that the original paint contained cow's blood to prevent damage from the effects of humidity. 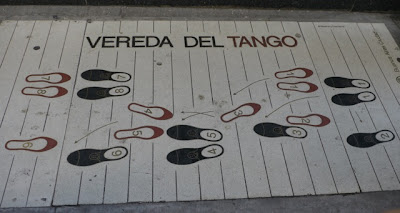 In BA, tango is in the streets and the milonga halls. 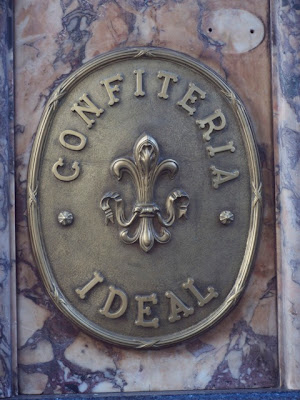 The seal of the Confiteria Ideal a coffee cafe by day and milonga hall by night. 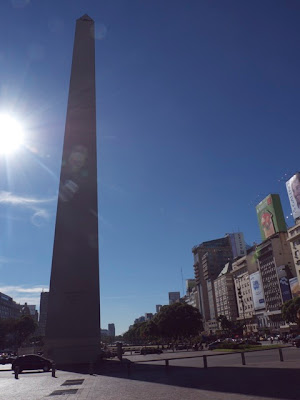 The Obelisco... the Times Square or Picadilly Circus of Buenos Aires. 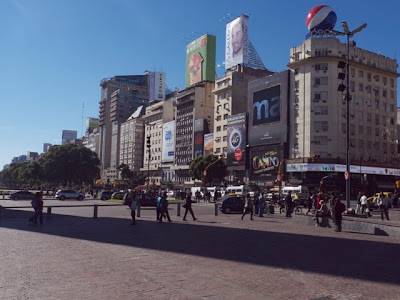 Where football victories are celebrated. 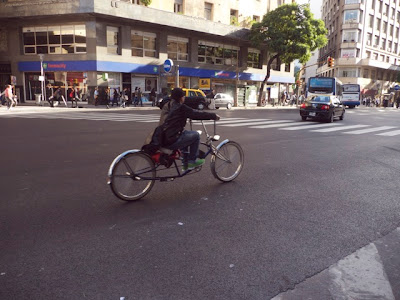 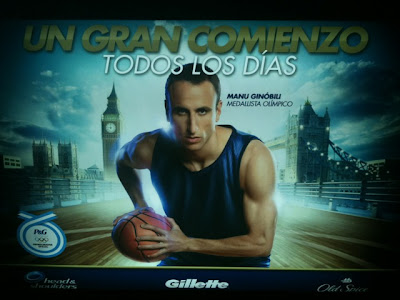 Argentinians love their football... but they will watch an occasional basketball game to see their homeboy Manu Ginobli. 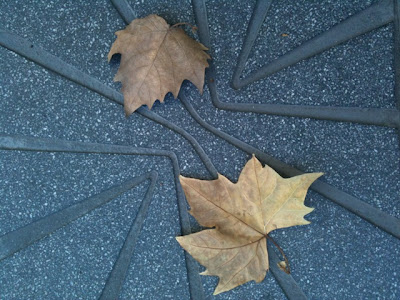