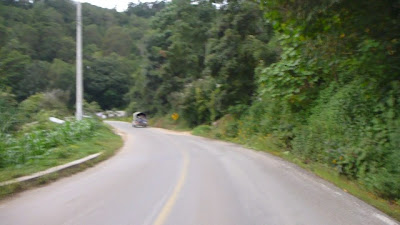 It was time for a little rest and relaxation. I headed south and west to the pacific coast. Over the Sierra Madre Mountains, through the cloud forrest, past the pine forrest and to the tropical coast. The first stop was a town called Zipolite. 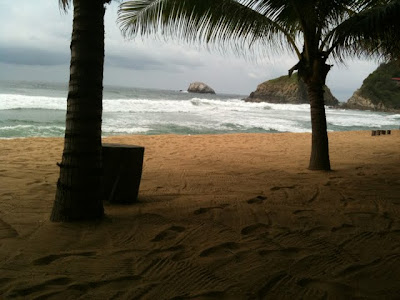 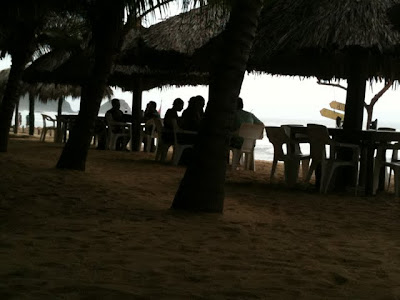 As one French traveler told me, the west end is chic, the east end is boheme. Or the west is for tourists and the east end is for those seeking an alternative lifestyle. I didn't quite feel the vibe of either side of the town, so I stayed the night then headed off to Puerto Escondido. 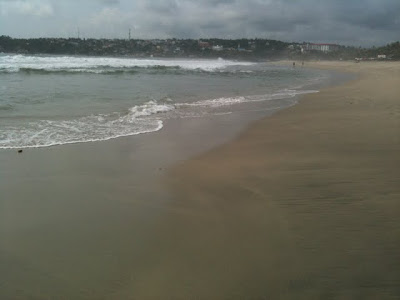 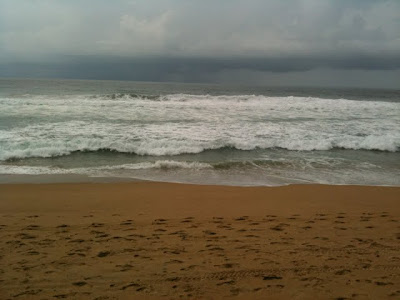 Zacatela has is lively beach with breaking waves and is principally a surfers beach. 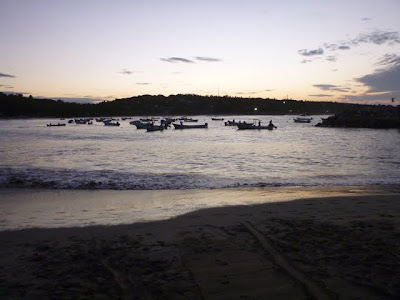 La Playa Principal is a calm beach with mellow waves and is primarily a swimming, fishing and basking in the sun beach.

I stayed in Zacatela at a hotel called The RockAway, but spent time on both beaches. I didn't feel like my leg was strong enough to tempt the surf of Zacatela. However, I did feel up for a little fishing off the Pacific coast. 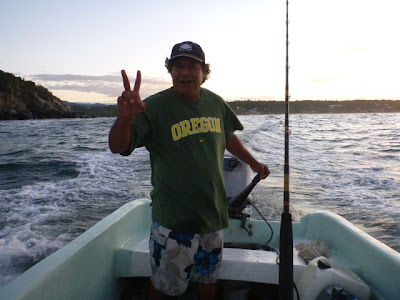 I chartered a fishing excursion out of La Playa Principal with a captain named Rudolfo for 800 Pesos (US$60). Rudolfo told me that he was born in Puerto Escondido, had lived there all his life, learned fishing from his father and had been fishing these waters for some 40 plus years. Two Aussie guys joined me on the charter. 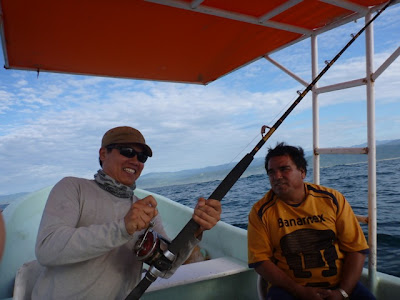 I just asked him to find me some fish. 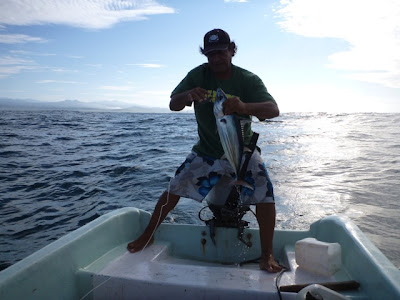 And that he did. 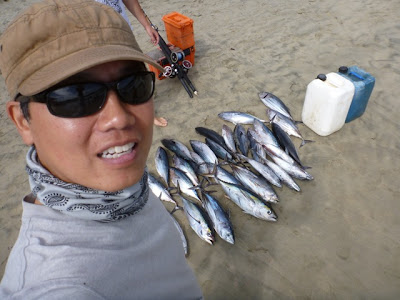 We hit some bonito, skipjack and yellowfin tuna. In total we probably pulled up over 30 fish. We kept about 20. 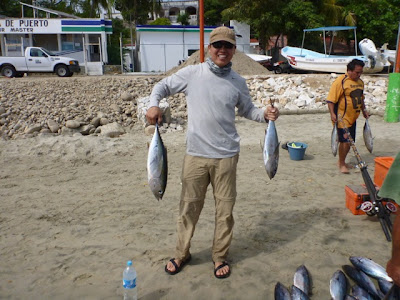 I took two of the yellowfin tuna for lunch and left the rest for the locals. 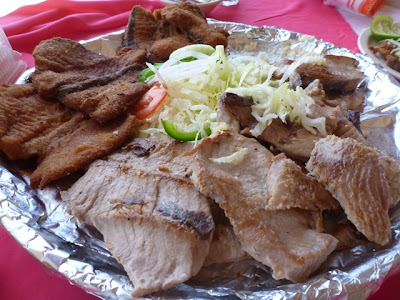 A restaurant near the beach prepared it for me and I ate well.

My leg was feeling better, so I thought that it might be time to move back to the interior.
By Troy - October 26, 2011