Oaxaca, Mexico... A Tour of the City

On my first day in Oaxaca I thought that I'd do a little tour of the city.

Like most towns there is the Zocalo (plaza) and Catedral (cathedral). This area was particularly lively. There were some cultural performances, vendors, clowns and even some protests. Oaxaca has a large percentage of Zapatec indigenous people and there were a number of men and ladies selling their crafts around the plaza. 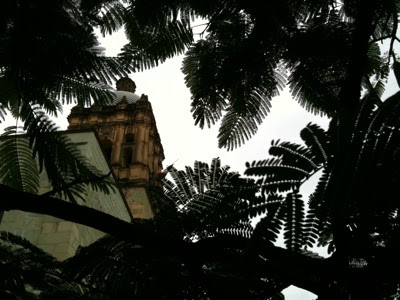 North of the zocalo was the Iglesia de Santo Domingo. 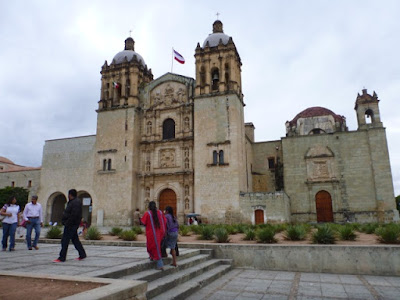 It is suppose to be one of the most beautiful churches in Mexico. 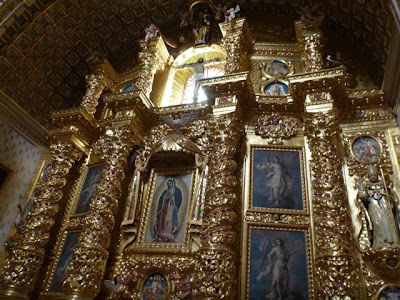 There were a number of sculpted reliefs and a gold plated Capilla de Rosario. 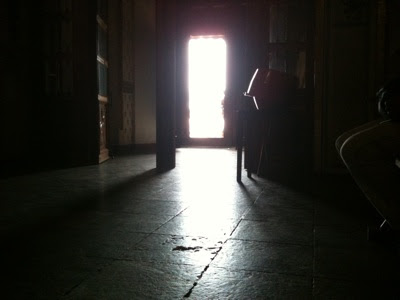 This is a shot from inside the Igelsia looking out. 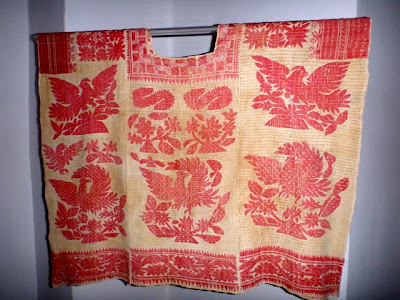 I visited the Museo de Textiles (Museum of Textiles) at which they had a display of huipiles (woven blouses) and an explanation of the evolution of Zapatec weaving. 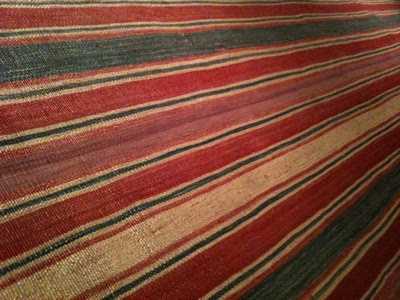 A 19th century weaving used as a skirt by Zapatec women. 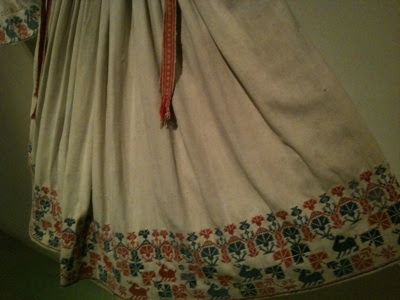 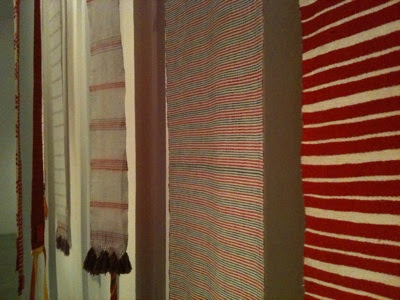 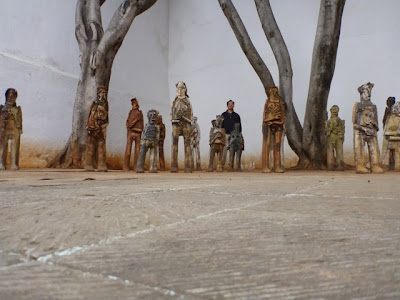 I stopped by the Museum of Modern Art for a visit and made some new friends. 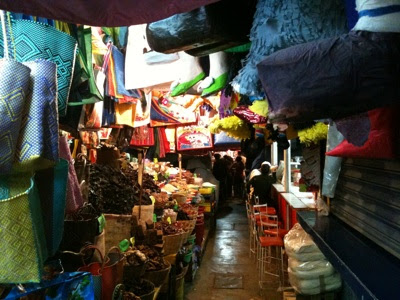 I dropped by the Benito Juarez Mercado (market) where they sell just about everything from fresh produce to pinatas... 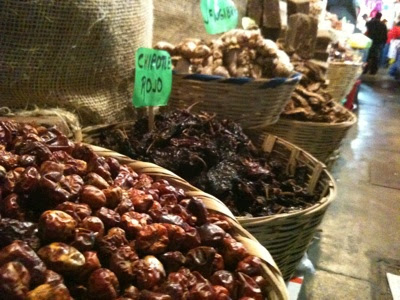 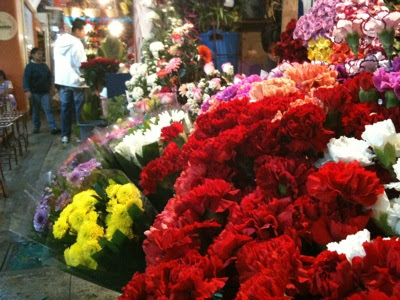 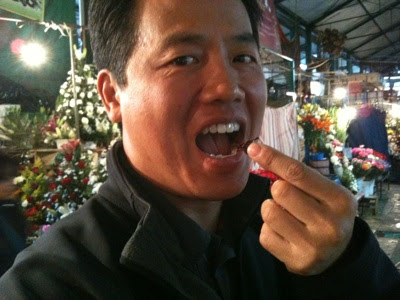 ...and these tasty grasshoppers. They are a little crunchy at first, but after a little chewing they are quite juicy. They are seasoned with chili and fried. It's a little like eating a small spicy shrimp. 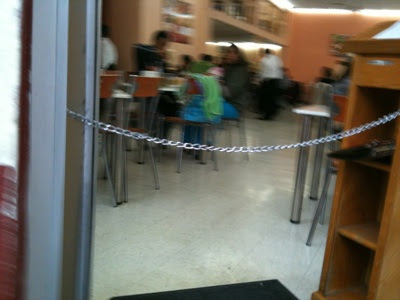 The dried grasshopper wasn't filling enough so I thought that I'd try this restaurant that had a line formed on the outside, a bouncer and a velvet rope. It wasn't quite a velvet rope, but it was a steel chain. I figured that any restaurant that needed a chain to keep people out must be good. 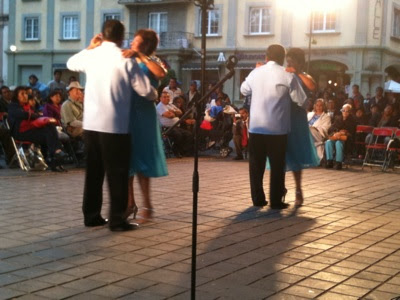 In the evening in the plaza there was a cultural presentation of Oaxacan formal dance. In between the dance performances they had poetry readings. Written and verbal poetry is still very alive in Mexico.
By Troy - October 21, 2011