While staying in San Cristobal I decided that I would check out some ruins in an area called Palenque. The site was about 5 hours away. I didn't really feel like riding there, so I did the more typical tourist thing and booked a day tour.

The tour minibus picked me up at 6am at my hostel. We rode for 3 hours and stopped at an area called Agua Azul. 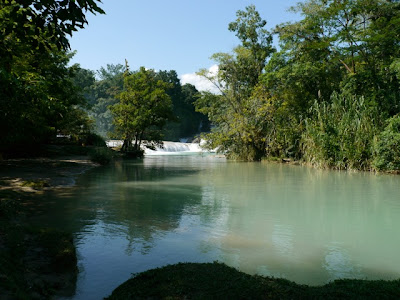 I was first greeted by this large blue green pond. 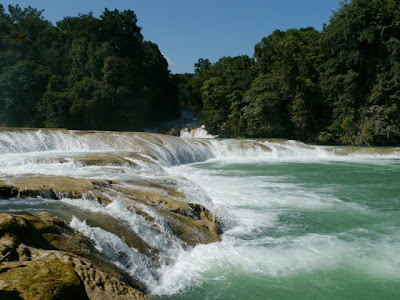 As I walked up the path there were some limestone rock formations forming small water falls. 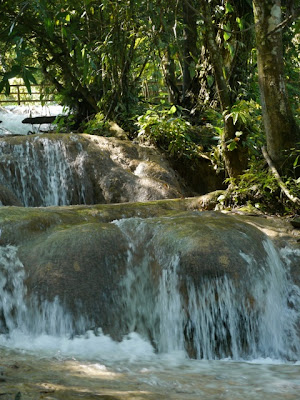 And still higher the rocks formed shapes. Can you see a turtle?

Back in the minibus and we rode for another hour and stopped at a cascada (waterfall) called Misol Ha. 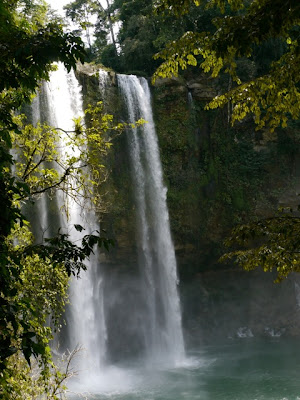 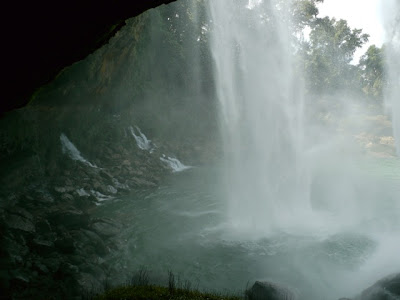 I suppose the fun thing to do is walk underneath the waterfall. 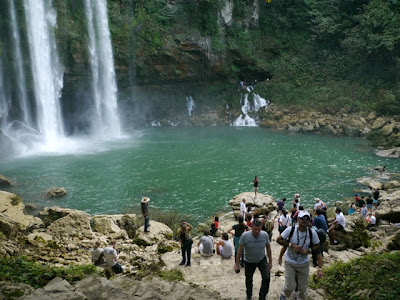 Don't think for a second that this was a private area. This site draws quite a few tourists.

We arrived at the ruins of Palenque after 5 hours of winding roads in a minibus. 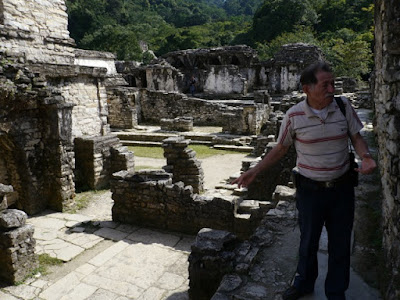 I hired a guide named Victor to lead me around the ruins. Victor is a historian that has been leading tours for some 40 years. He was very knowledgeable and spoke various languages. If you visit the ruins ask for him by name, everyone knows him. 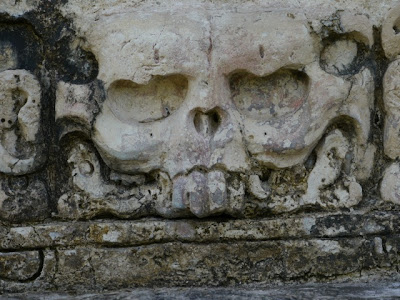 This first temple is called the Temple of the Dead. Fitting that there would be this death mask etched at the top. 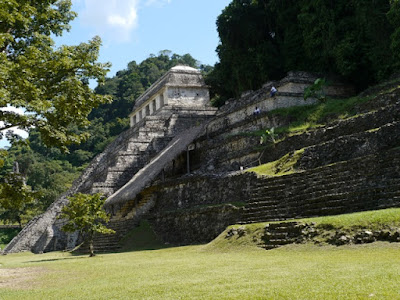 This temple housed three tombs and the tomb of the red queen/king. There is a debate on the naming. First it was thought that the tomb held a female mummy, but DNA test indicate that it may be a male mummy. 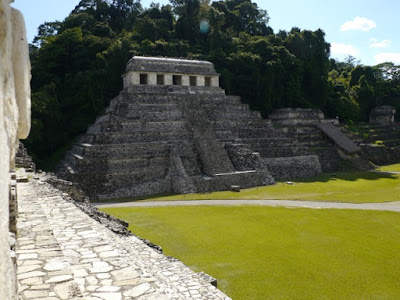 This temple housed the tomb of King Pakal and is closed to the public. 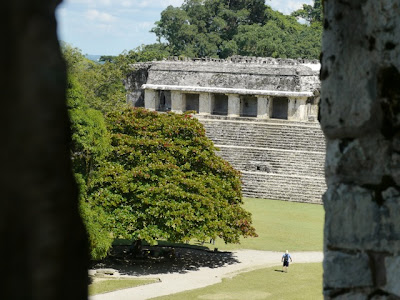 This was the Palace. 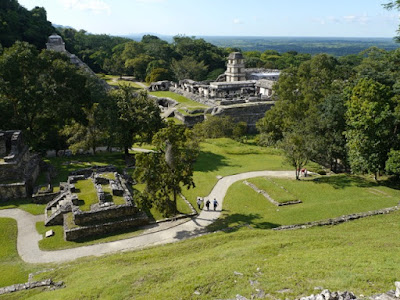 And here is a panoramic of the sight taken from the tallest structure called the Temple of the Sun. It is part of the area called the Groupo de las Cruces (Group of the Crosses). 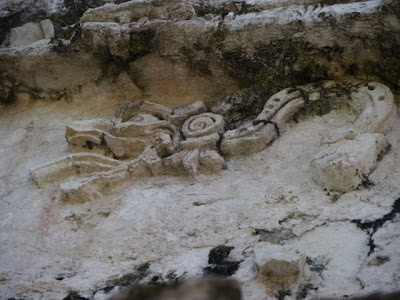 Victor pointed out that there are a number of carvings that appear to be related to Asian images like this dragon... 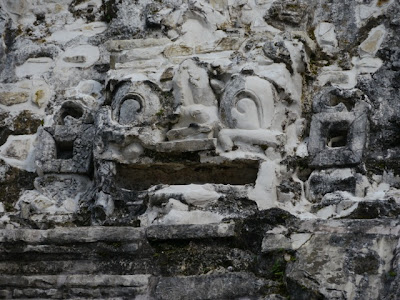 There were also carvings that have elements of Egyptian, Indian, Hebrew and alien design.

What's amazing is there are supposedly only 18 ruins excavated of a possible 1000 plus.

At the end of the tour, Victor mentioned that he was recently interviewed by Telemundo for a documentary on the sight called El Fin de las Proficias de las Mayas (The End of the Prophecies of the Mayans) that will be shown in November.

After visiting the ruins it was a long and winding roadtrip back in the minibus. I was missing Emi and could only wish that I was riding with the wind.
By Troy - October 30, 2011