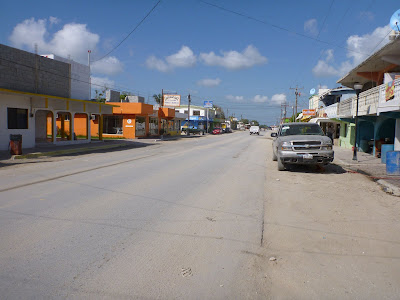 My first stop in Mexico was a small fishing village along the eastern coast called La Pesca. La Pesca translates to The Fish in English. I chose the town because it seemed like it would be a calm and peaceful place. And, it was near the ocean. It didn't disappoint. The town centered around the one road which ran through it. Along the road there were a number of restaurants, hotels and shops. 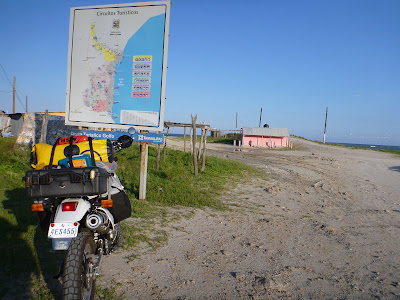 At the end if the road was the playa or beach. 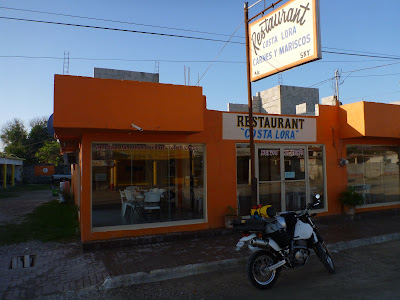 I had my first meal in Restaurante Costa Lora. It looked like a clean and bright restaurant in the center of town. I had a nice plate of shrimp with tomato sauce and frijoles. It was delicious.

I ended up meeting and talking with the owner Marco Antonio. He gave me some great tips on things to do around the area. Namely, visit a turtle conservation project and a biosphere park called El Cielo (The Heaven). 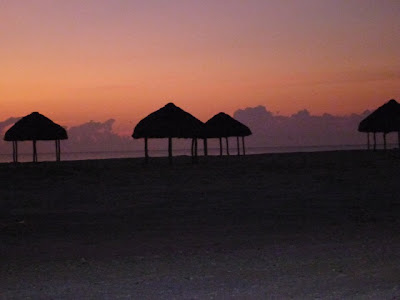 I camped on the beach under the stars for my first night in La Pesca, Mexico. It was magical. I woke up early, went for a swim in the ocean and tried a little fly fishing unsuccessfully. 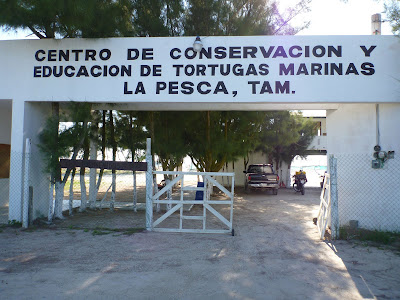 I dropped by the turtle project and the staff gave me a personal tour of the place. The center is hatching Kemp's Ridley and Green turtles, I believe that both are endangered species. 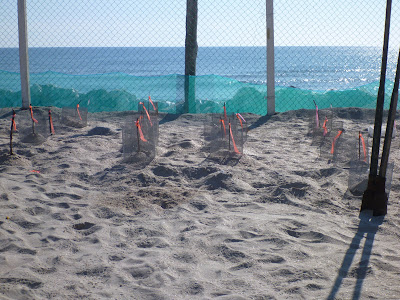 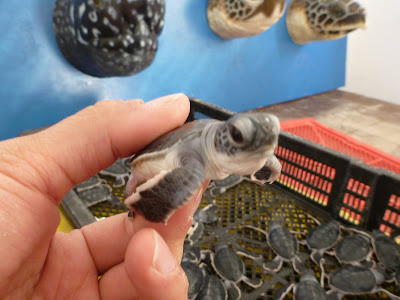 These little guys are cute.

Afterwards, I tried unsuccessfully to use an ATM to get some Pesos. The attendant said that they only had a relationship with six banks. Oh well.