Crossing From Texas to Mexico 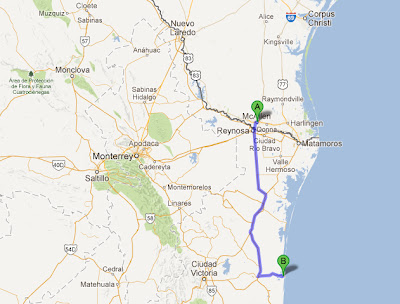 My plan for crossing the US / Mexico border was to cross the border from McAllen into Reynosa and ride south to the town of La Pesca. I was not sure how long the lines might be and how long the immigration and customs tramites (paperwork) might take, but I wanted to give myself enough time to pass through the checkpoint and ride 4 or 5 hours to the town of La Pesca. So I got up early and hit the road. I rode along the freeway and there were signs directing me to the international border. 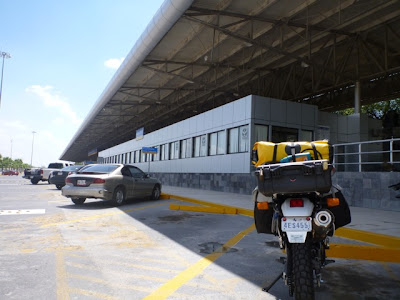 I arrived at the check point and parked. I was a bit surprised by how modern the facility appeared. Previously, I had crossed into Mexico from El Paso, Texas and San Deigo, California and remembered those border checkpoints as being somewhat old and dirty. This checkpoint was modern and clean. My first border crossing of my adventure. I looked around and saw a number of video surveillance cameras monitoring the facility. I decided to leave my baggage on my motorcycle and only take in my small tank bag. 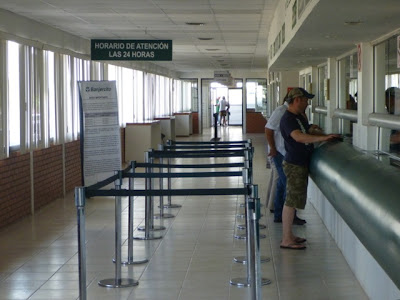 I entered and found that the facility was pretty empty. I believe that there may have been 3 or 4 people in total. I guess my plan to cross early in the day paid off. There were a few windows that I needed to pass by. I started on the far end and passed by Immigration first. Easy. Then I passed by Customs. At Customs I had to show my license, motorcycle title and proof of insurance. I also had to pay a $400 deposit for my motorcycle. I was told the deposit would be refunded when I present the appropriate documentation when I exit from Mexico. Let's hope so. 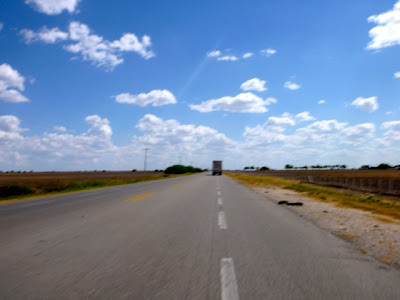 In total it only took about 15 minutes. Pretty easy. Then I hit the road. It was a little challenging finding the highway route out of Reynosa, but I eventually found the Hwy 97 which would connect to Hwy 180 then to Hwy 52. Ahh... Mexico!