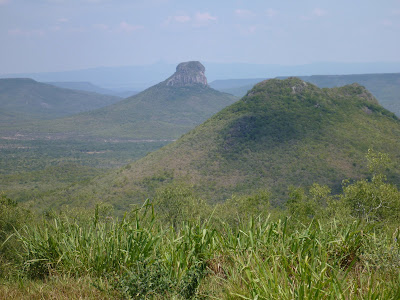 The highway to El Cielo was fantastic. It was more of a two lane country road that cut through forrest land on both sides. To say that it was curvy would be an understatement. It's the kind of road that most motorcyclist dream about riding. It went up some mountains and down some valleys with sweeping curves and s curves and it went on and on for about two hours.

I arrived in the town of Gomez Farias at around 4 pm. It was a little late to see the Centro Interpretativo Ecologico or Center for Ecological Interpretation so I decided to camp in a area near by called La Posa Azul. 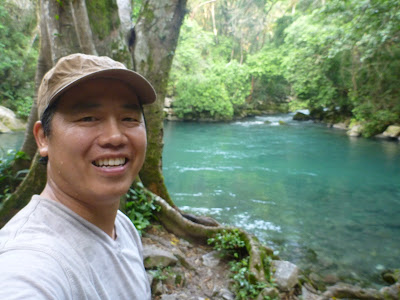 I found a nice camping area and set up camp. The Posa Azul or Blue Spring is a natural spring that feeds a river. There was a family relaxing and playing by the river so I struck up a conversation. They invited me to see the spring. Their teenage kids guided me down a trail for about a quarter mile to the isolated spring and swimming hole. There was no one else but us. It was pretty ideal. After some swimming and bathing for me, I returned to my camp site. I hadn't made arrangements for food and the restaurant was closed. I bought some jugo (juice) and mani (peanuts) and had a nice meal.

I have some video of La Posa Azul that I'll post.