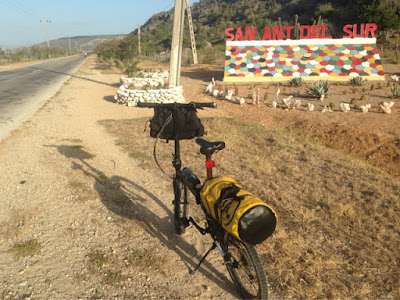 From Imias and Campismo Yacabo I started heading east. I was told that there was a town called San Antonio del Sur about 10km down the road with a cafe. I passed a road marker and shortly thereafter I entered the town. 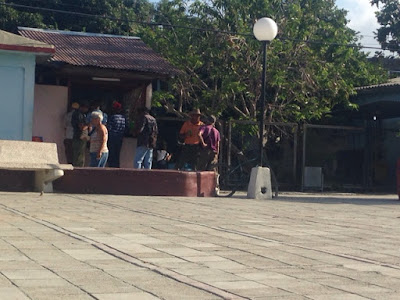 I left the Campismo at about 6:30am and arrived into San Antonio del Sur about 7:30am. The town was coming alive with people heading off to work and children going to school. I passed by the central park and noticed a cafe on the corner. I rode up to the cafe and inquired if they served breakfast. The attendent was not very friendly, scowled and said he only had pan (bread). I glanced at the cafe in the center of the park and noticed that there were a number of people standing around it. I ventured toward the second cafe and joined those waiting in line to order. There are a lot of lines in Cuba, but generally everyone is very polite and everyone waits their turn. I waited patiently, but my stomach was grumbling impatiently. I was able to buy a refresco (juice) and pan con jamon (ham sandwich) at this particular cafe. A good start. 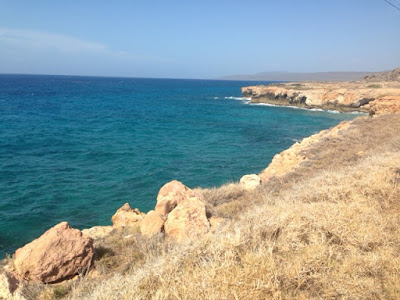 Back on the road, the vistas were beautiful. There was coastline and blue sea to my left... 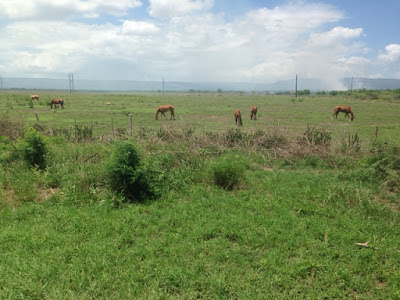 And green pastures to my right. 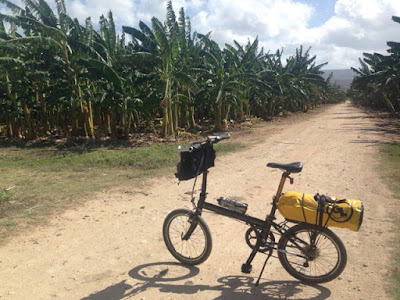 After some riding I passed by an area where there were a few banana plantations. I would have loved a banana or two, but I believe that these plantations were commercial farms and there were no banana stalls that I could find. 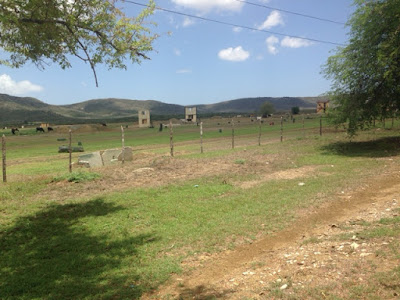 I passed by this Cuban military training base. There were some outdoor shooting ranges and obstacle courses. I did not stop to take this photo because I did not want to draw any attention. I simply snapped the image as I rode by. 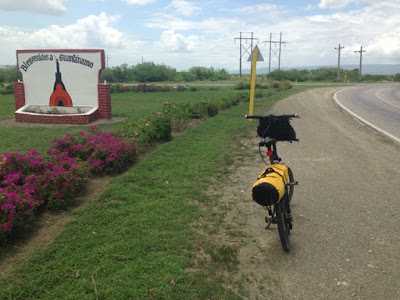 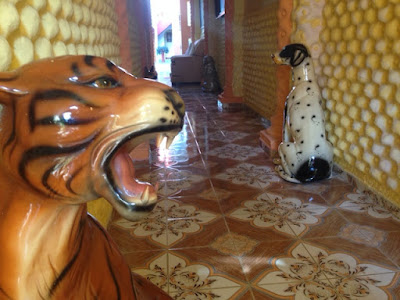 I rode into town and found an unusual casa particular. In the entrance I was greeted by a number of ceramic mascotas (pets). 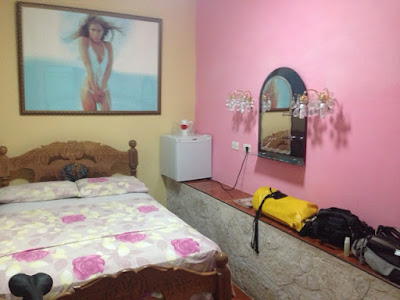 My room was decorated in pastels of pink and yellow. There were glass chandeliers and a huge picture a bikini girl. I'm calling this room the Beyoncé room. The hostest was nice and we agreed to a price of 15cuc ($15). I was dirty and tired from my ride so I showered and took a nap. 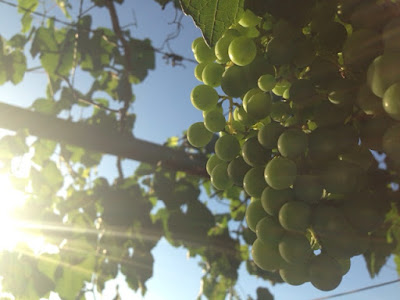 I discovered that the casa particular had a rooftop balcony where the owners were growing grapes. 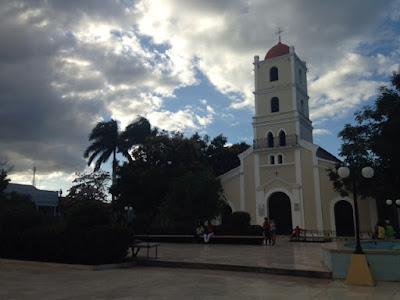 The town of Guantanamo had a very nice and clean central park that surrounded the cathedral. 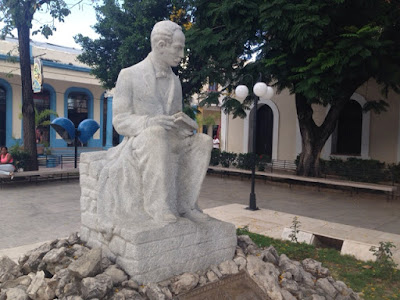 In one corner sat a statue of Jose Marti. While I sat and watched people walk by a number of friendly people approached me to talk. All of them said that it was not often that they see a Chinese person in town. Something that rarely happens in the US, but often happens to me in Cuba is that families will see me, the children will approach me and talk to me and the parents will allow them to chat with me. In the US and in many parts of the world, children are taught to not talk to strangers. In Cuba there are young kids running around parks and on the streets without a care. It reminds me of when I was a kid and I had freedom to wander unaccompanied by an adult. Simple times.

A young women approached me in the park and we had a coversation for about and hour. She was a theatre actress and also created some artisan bags. We went for a coffee and for a stroll along the shopping area. 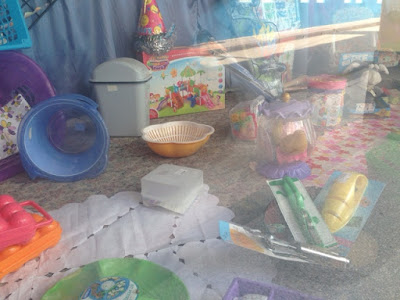 Shopping in Cuba is interesting. In shop windows there are usually displays of the goods for sale. Many of the traditional stores just sell the basic household items like pots, buckets, soap and toothpaste. 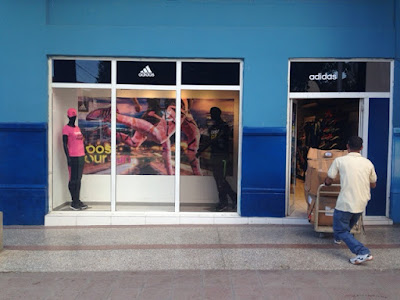 This Addidas store was a rarity and its prescence indicated to me that things are about to change in Cuba very quickly once the embargo is lifted. I saw evidence that retailers from Europe and Mexico are building out new stores. 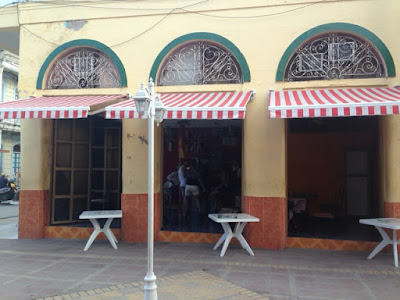 This corner bar also stood out, although I'm not sure in a good way. I could tell that the bar was designed to attract western tourists by the layout with indoor and outdoor seating and the fact that they were playing loud euro pop music that echoed out into the street.

I do not know if the days of friends gathering on the street corner to sing salsa and trova ballads are gone. I'll observe more closely as I travel deeper.