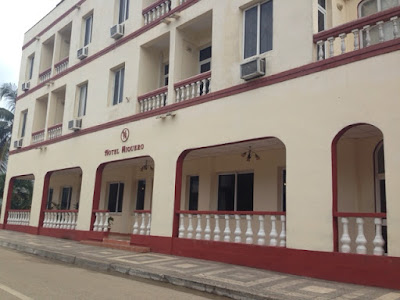 From Niquiero I decided to catch a local bus to a little town called Calicito. I was told that in or near the town was another historical  landmark called La Demajagua. 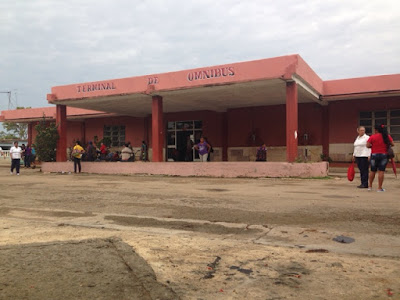 I rode my bicycle a short distance to the local bus station. 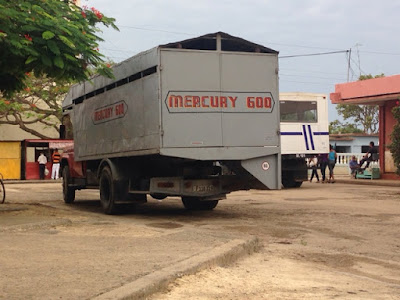 This is what I was looking for... a gua gua (bus). It is an industrial truck with a steel enclosure welded to the back. On the inside are four rows of steel beams running the direction of the axis for seating. The gua guas often do not operate on a schedule. An assistant calls out a destination and when there appears to be enough people to justify the trip they leave. Sometimes it is a few minutes, more often it is a few hours. I ended up waiting about two hours. 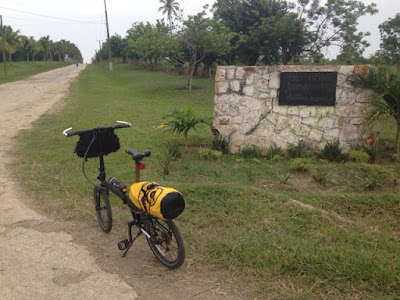 I arrived in the small town of Calicito and inquired about directions to La Demajagua. Turns out that the spot that I was looking for was about 6km out of town. So I bicycles down the road for half an hour and found this road marker. I inquired about the site and was told it was another 1 or 2 km down the road. 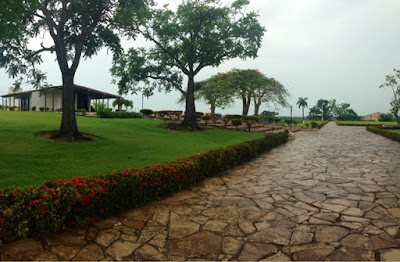 I eventually reached the site of La Demajagua. I entered and noticed right away that the grounds were very well manicured. 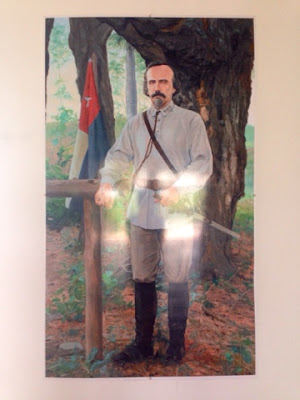 La Demajagua once was a sugar cane plantation operated by slaves and owned by a wealthy man named Carlos Manuel de Céspedes. 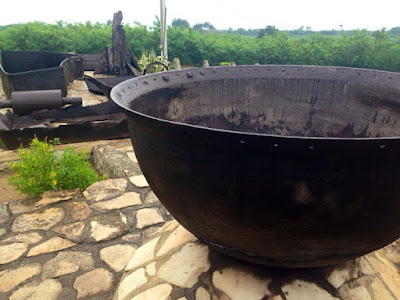 There was a small museum on the grounds and the caretaker shared with me the significance of the site. 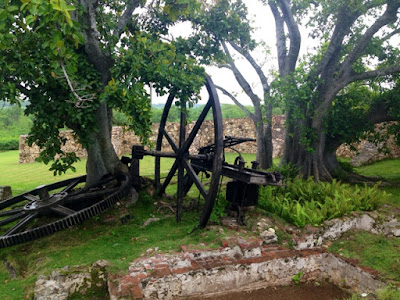 There were some relics of a sugar plantation scattered around the grounds. At one time this area was very profitable area due to plantations and slaves for the Spanish crown. 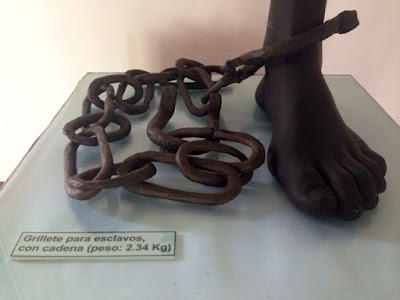 Céspedes was the instigator and leader of Cuba’s first revolt against Spain. His son was captured by the Spanish, who told Céspedes that they would spare his son’s life if he gave up the struggle for independence. 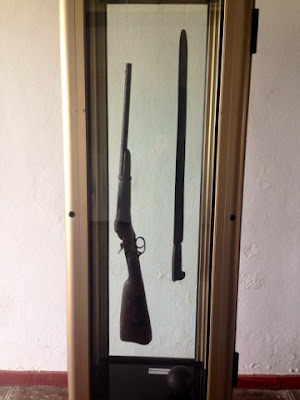 Céspedes refused, and his son was duly executed. Céspedes was then attributed with the quote, “Oscar is not my only son. I am the father of all Cubans who have died for the revolution.” 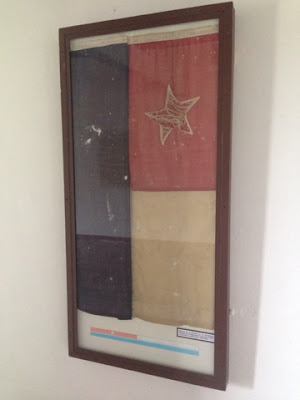 During the revolution Céspedes created a flag that resembled the Chilean flag as a tribute and with the hope of solidarity. 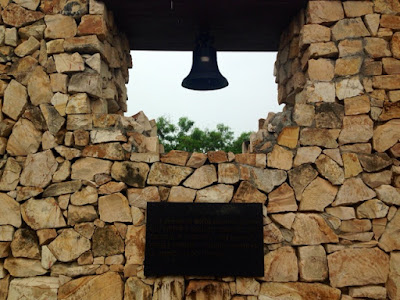 Céspedes also was attributed with ringing this bell and setting his slaves free to help fight in the revolution. 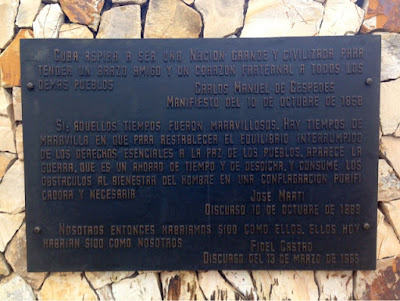 Cespedes wrote a manifesto on the 10th of October 1868 which states, "Cuba aspires to be great and civilized nation with friendly arms and a fraternal heart to all people.

It was raining for much of my visit to La Demajagua. For some reason it felt appropriate. It seemed like a solemn place.

After some time I hoped back on my bicycle and rode about 15km or an hour or two to the town of Manzanillo. I was thinking about staying in Manzanillo, but my ultimate destination was the town of Bayamo.

I was amazed that it was still somewhat early in the afternoon. I estimated that if I could catch a ride I could make it to Bayamo. I inquired where I might be able to catch a gua gua. I was told that I could wait along the road, but that I would have a better chance it I went to the bus terminal. I knew that waiting by the road was not always reliable, so I hoped on my bicycle and headed down the road. People mentioned to me that the terminal was about 5km outside of the town an up a hill. I chugged along... eventually found the terminal... and within about two minutes was able to catch a gua gua bus. It was the shortest wait that I has experience thus far. I arrived into Bayamo at around 7pm and rode to the town center in search of a place to stay.