Rio de Janeiro... A Walk Around the City 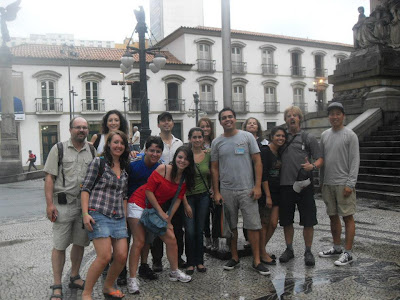 I heard about a free walking tour of Rio and decided to join. Cassio, the guy in the middle, was our tour guide for the day. 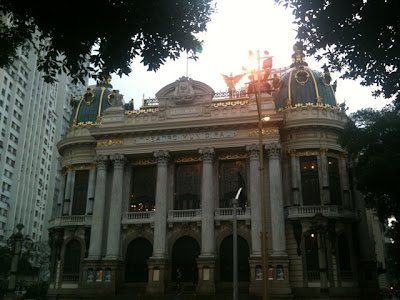 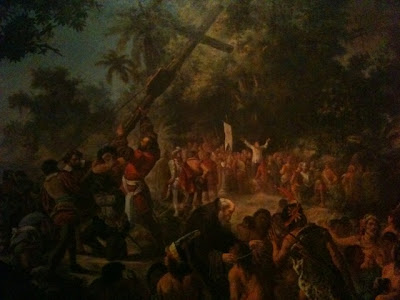 From the Municipal Theatre we made a quick stop in the Museu Nacional de Belas Artes (Fine Arts Museum). Surprisingly I did not see many pieces that I liked. I thought that this piece was interesting because it depicted a historical moment in Brazilian history... the arrival of the Portuguese. There were a number of reproductions. It just reminded me that in Rio... modernity rules. 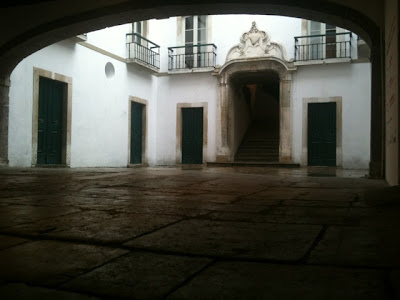 We passed by a number of landmarks... the Imperial Palace 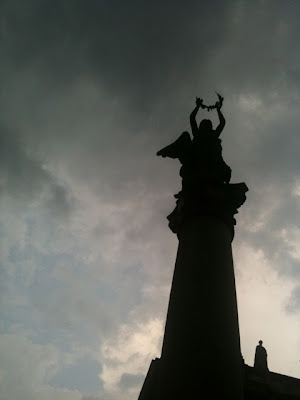 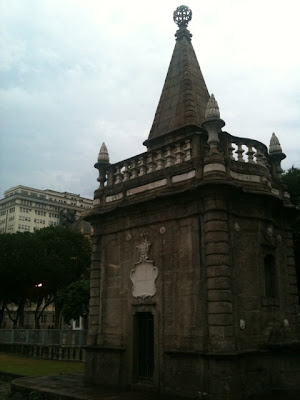 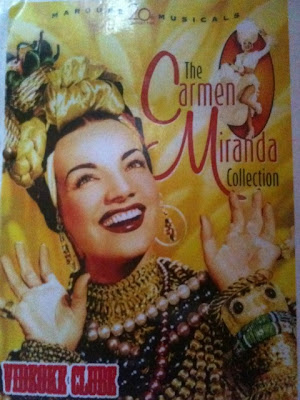 The house of the famous singer Carmen Miranda. 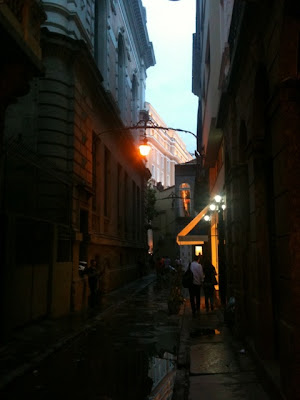 And then we made our way trough some alleys to the district of Lapa. The area of Lapa is known for its lively nightlife and boteco (bar) scene. In Rio, the boteco (buteco), or botequim, was traditionally known as a place where alcoholic beverages were sold, serving as a meeting place for "bohemians", who looked for a good drink, cheap snacks and a chat without obligation. 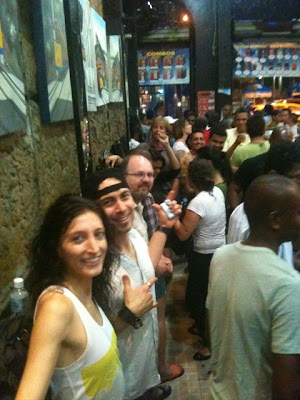 It started to rain... so we took shelter inside one of the botecos. 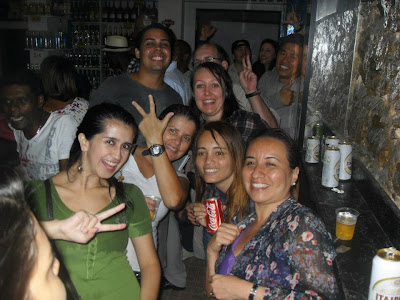 And so I passed another day in Rio de Janeiro.