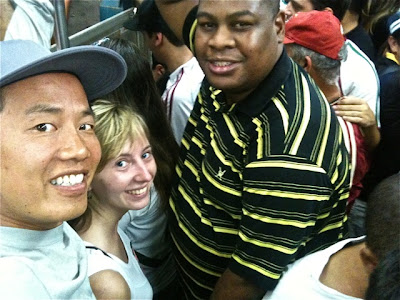 I met up with some friends, a Brazilian named Jordan and a Russian named Yuliya, and we decided to check out a Brazilian football (soccer) game. The teams were Fluminense versus Gremio. I'm really not that much of a football fan, but I felt that I would never be able to understand Brazilians until I went to one of their football matches. Brazilians are fanatical about football. Jordan just happened to be a big Fluminense fan. 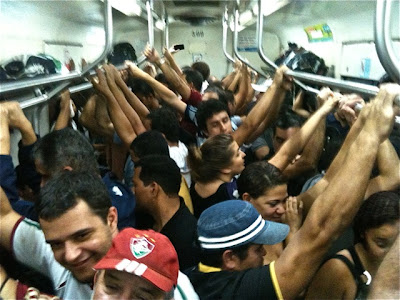 We met up in the metro station, then took a train to the Stadium Rio. The train was packed. I'd say that there were a few commuters making their way home at the end of the day, but the majority of the people were Fluminense fans. 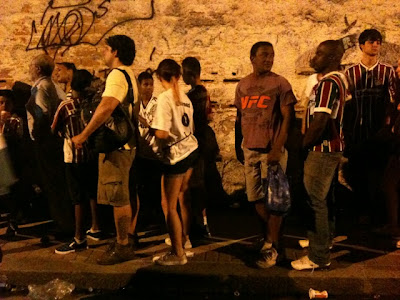 Once we arrived at the stadium we waited in a long line to get tickets. Luckily the line moved quickly. 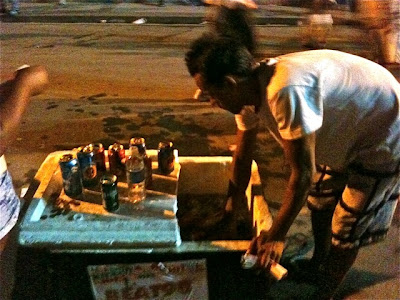 Inside the stadium they do not sell alcoholic beverages, thus there are some entrepranuers selling just about any type of beverage one might want outside the stadium in the street. 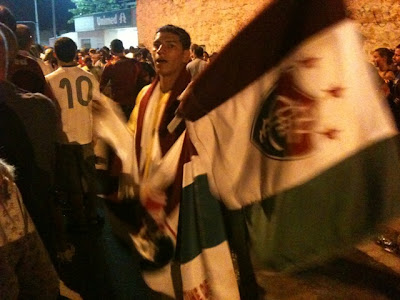 There were other vendors selling shirts, caps and banners for Fluminense. Known as the Tricolor Carioca due to the nickname of the city's population and their maroon, green and white colors, Fluminense is the oldest-surviving club founded specifically for football in the state of Rio de Janeiro. There were thousands of fans wearing the jerseys of their team. 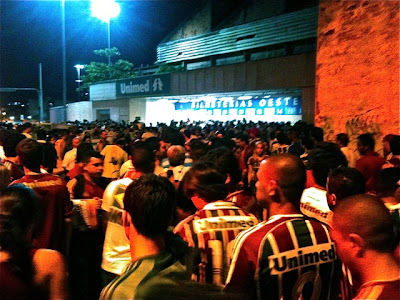 As we neared the ticket office the line broke down into chaos. There were supposed to be two lines, one for the upper section and one for the lower section. The lines seemed to morph into madness. 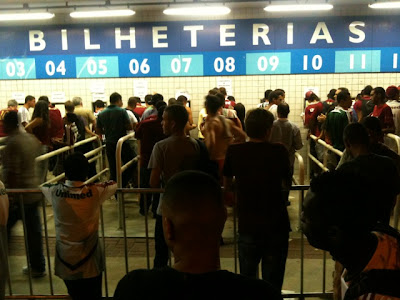 Luckily we were with Jordan who was an expert at getting tickets. He's also a pretty big guy. He managed his way through the chaos and bought our tickets. 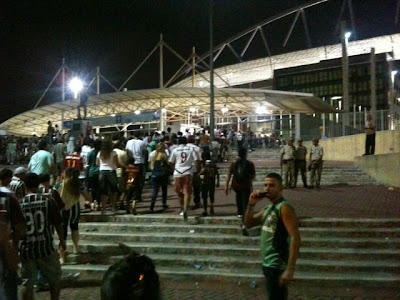 We then made our way to the entrance of the stadium. Once again, there was no line, there was just a mass of humanity. The game was about to start, so everyone was excited and they were rushing to enter the stadium. 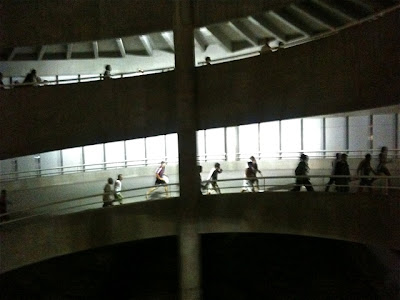 Once inside the stadium we ascended this long spiral walkway. Some fans were actually running up the walkway. 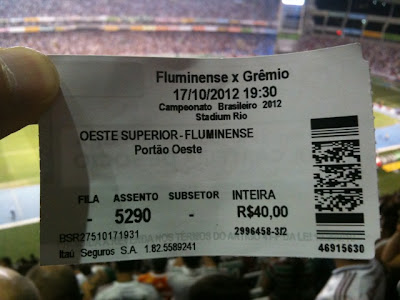 The golden ticket! Fluminense versus Gremio. 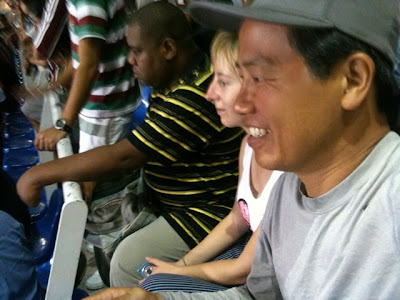 We found our seats just as the game was starting. 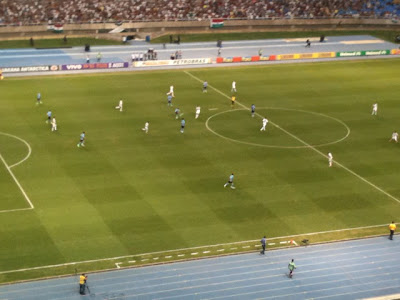 In the last few minutes of the game, Gremio scored once again. The game ended in a tie. This was the second time that I had attended a football match in South America that ended in a tie. The first time was a Boca Juniors game. What's the deal with football? 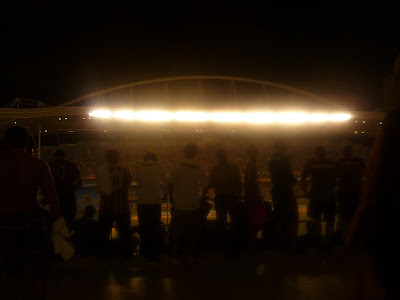 Anyways, it was a lustrous night of football. 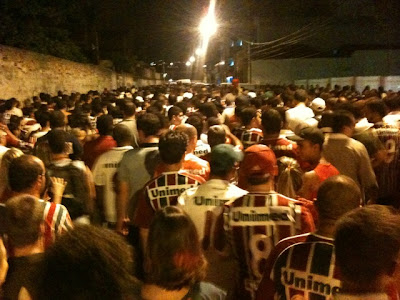 We exited the stadium with the other thousands of fans. People were in a subdued mood due to the game ending in a tie. However, it was probably a more chaotic experience leaving the stadium than entering the stadium due to the size of the crowd and lack of crowd control. 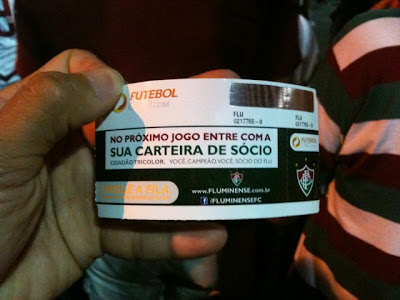 Never-the-less, seeing a football game in Rio... in Brazil... was a priceless experience. 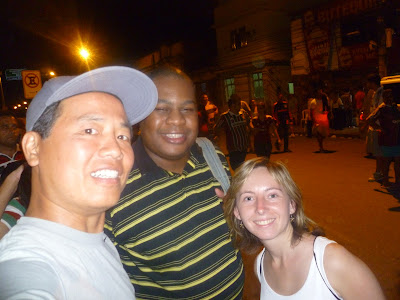