From Granada I headed southwest to the coastal town of San Juan del Sur. I found lodging at a hostel called Casa del Oro. No real gold in this place, but the hostel was convenient and the staff friendly. 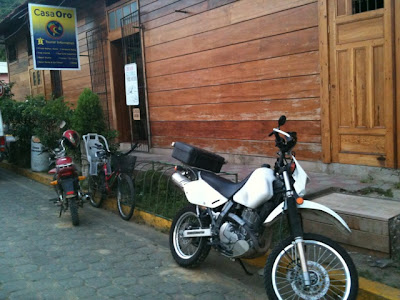 This was only the second place that I have stayed which did not have parking for Emi. Although she took it alright. She spent the night outside locked up to a bike rack. There was also a security guard looking out for her. 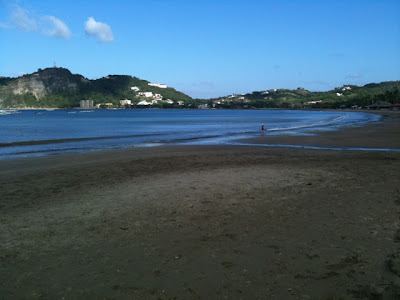 San Juan del Sur is a former fishing village that now caters primarily to the tourist crowd. There are a number of cheap hotels, restaurants and tour agencies. I mostly hung around the central area and took in the scene. Lots of surfers walking around. Lots of Nicos hosting them, feeding them and taking them on tours. I checked out the strip, the market and the beach. It seems that people visit San Juan del Sur to either surf or fish. 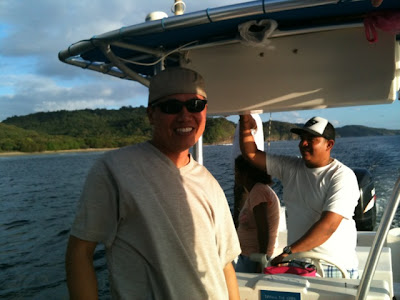 I wanted to do a little fishing so I signed up for an excursion that promised fishing, a complimentary beer and a sunset. It only cost $16. I thought it was a pretty good deal for a fishing excursion. When I joined the tour there were in addition to me, 2 Canadian girls, 2 Aussie girls and 1 Brittish guy. They were an fun group. 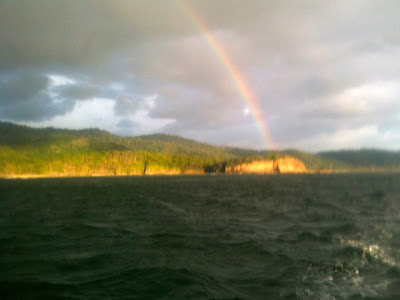 We caught a glance of this rainbow. 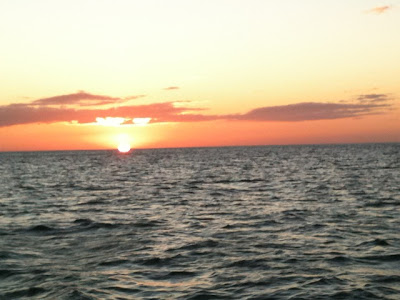 We caught this sunset.

And that was all we caught... absolutely no fish.