After spending a few days on the coast I decide to head to the mountains to an area called Monteverde. I had visited Monteverde on a previous trip to Costa Rica, but it is such a beautiful area that I felt that it was worthwhile to check it out again.

I followed a flat and straight coastal road for a while. But then about 30km from Monteverde the asphalt road ended and a dirt road began. 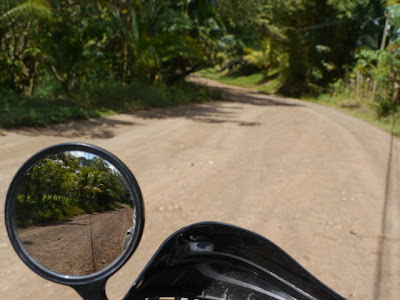 It was a winding, dirt, gravel and rock road climbing up the mountain the rest of the way. Emi was eating it up. I was enjoyed it too.

After about 2 hours of dual sport riding I pulled into the town of Santa Elena. I found a hostel/hotel named Pension Santa Elena.

After unpacking, I walked around the town a little to find something to eat. I found a decent restaurant and ordered up some food. It ended up costing about $8... tourist town... tourist prices.

When I returned to the hotel I inquired about a night tour of the park. The staff at the hotel told me that one could be arranged for about $23... again...tourist town...

The Monteverde area is know for having a rich abundance of plant and animal life. I knew that my best chance of seeing some of the local wildlife was to see it at night... so I signed up.

The night tour started at about 5:45pm. Our guide was really good. He was knowledgeable, but also seemed like he was genuinely enjoying showing the group and I the area in which he grew up. 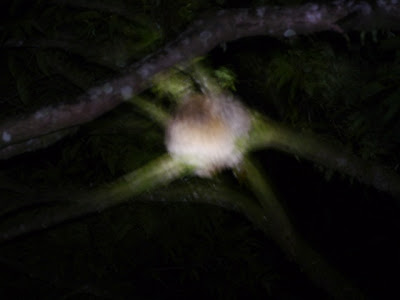 This is a terrible picture of a three toed sloth. 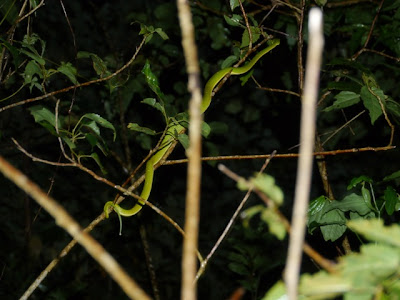 This is a green pit viper. Deadly if it bites you. 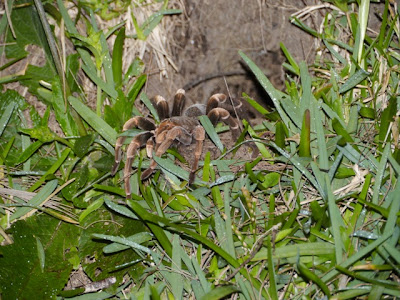 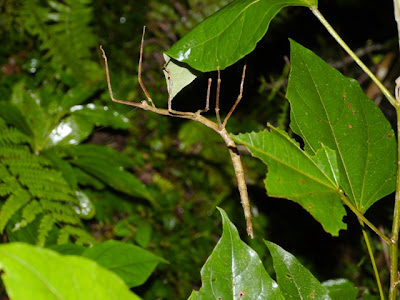 When I was about to leave Santa Elena the hotel owner and I got into a conversation. It appears that he and his sister lived in Austin. We talked about a number of things, but what struck me was a little gift that he gave me. It was a simple sticker that read, "Traveling Saved My Life". I asked him if the quote was from him. He said that it was. I took a moment and thought about it. Yeah, it could be true for a number of people.
By Troy - December 16, 2011