Baseball is huge in Nicaragua. It is more popular than football...and for many people it is considered the national pastime. I had to check it out.

Probably the best known Nicaraguan baseball player is Dennis Martinez who spent many years playing MLB with the Baltimore Orioles and Montreal Expos. In the capital city of Managua they actually named the stadium Dennis Martinez National Stadium.

I was visiting Granada where the local professional team is called Los Orientales. Granada is in the Oriente (Eastern) part of the country... thus the name. 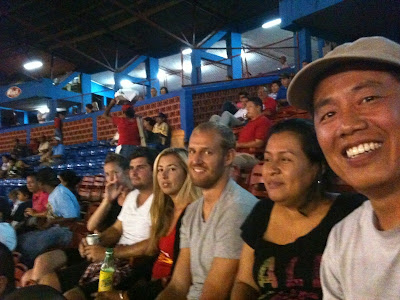 I asked a few fellow travelers from the hostal if they'd be interested in joining me. We had a pretty good group.

The stadium was about the size of a minor league stadium. There were general admission tickets for C$15 (US$0.65) or prime seats for C$40 (US$1.75). Being the big spending big baller that I am we opted for the prime seats behind home plate.

There were fans that brought their own instruments to make a band, a dancing bat boy, concessions with local food like gallo pinto, yucca and chicarrones, the local beer called Toña, kids collecting and recycling beer cans and dogs wandering around the stadium. 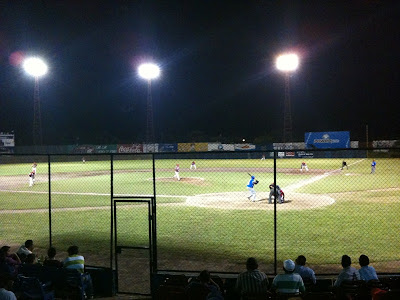 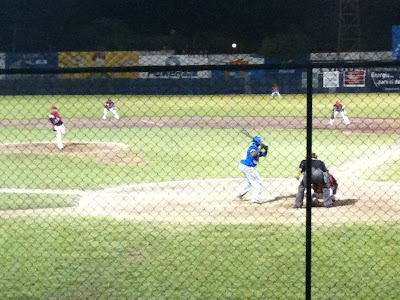 The Tigers jumped out to an early 2 run lead. The Orientals later scored 1 run to draw the game closer. The Tigers had a huge 5th inning and added 5 runs. In the last inning the Orientals made a small rally and scored 2 more runs. With the final score being 7 to 3, and the Tigers, the visiting team, winning.