I woke up this morning and had absolutely nothing planned. I had a simple breakfast of an apple, pear and banana. It was nice having something light. I sat in the hammock for a while. Then I decided that I felt like taking a little day trip. I went on a hike the day before so something different was in order. There is a stretch of towns linked together by a road called 8W or La Ruta de Las Flores. I thought that I'd take Emi out for a ride along this route.

I removed my bags from Emi and headed out. 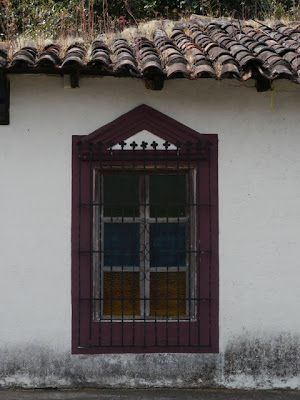 The first town was Apaneca. 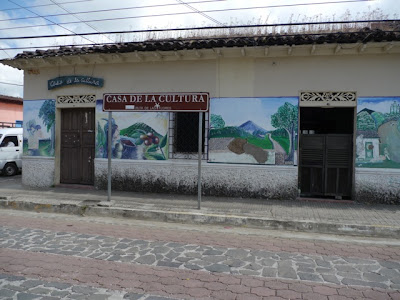 The town is noted for having painted murals on many of the houses. I rode street by street and snapped a few photos. 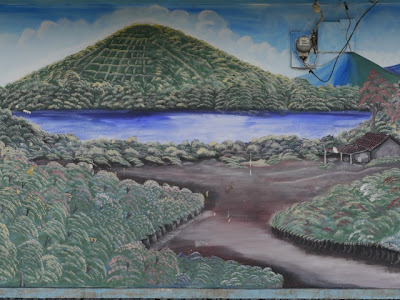 I suppose one could look at these simple murals as amateur drawings. But as a collection I think they make interesting folk art. 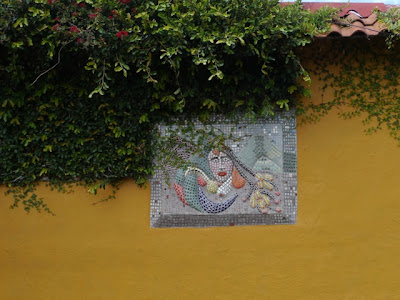 They definitely capture the sentiments of the towns' people about their surroundings. 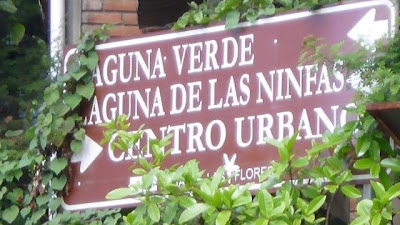 Just outside of Apaneca I saw this sign for La Luguna Verde (The Green Lagun). I decide to check it out. 4 km is not too far. 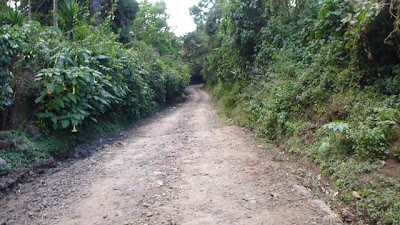 It started as a asphalt road, then turned to cobblestone, then to gravel, then to dirt and finally to rocks. 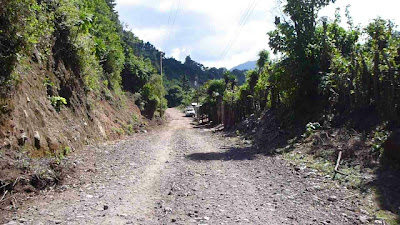 It was a little unexpected, but it was a fun ride with Emi. 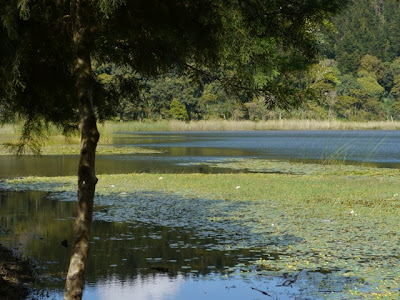 When I arrived at the laguna I found out why it might be called the Green Lagun. 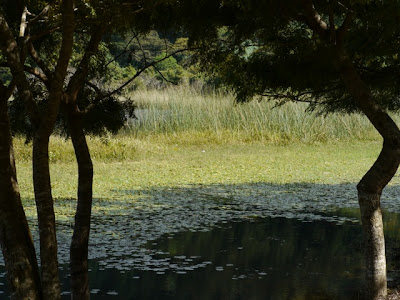 Although it is more of a lake covered with green, than a green lake. 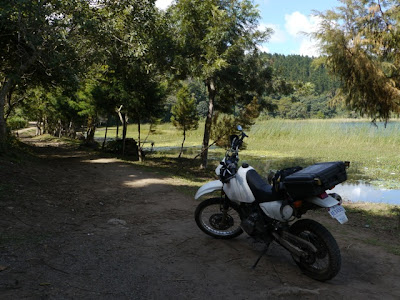 Sometimes it is not the destination, but the journey... that is the fun part.

It was about 1pm and I was getting a little hungry. I saw a sign for a restaurant for El Jardin de Celestre (The Celestial Garden). 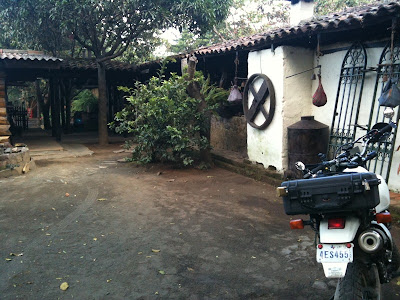 Pretty lofty name... so I decided to check it out. 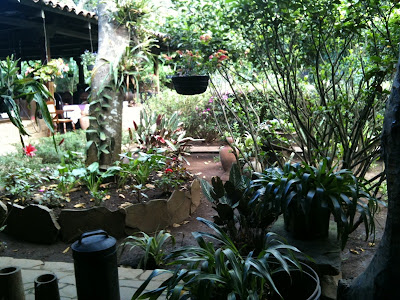 There was an intricate manicured garden on the inside. 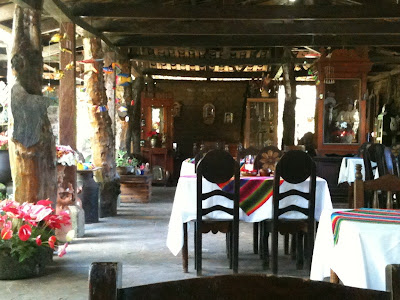 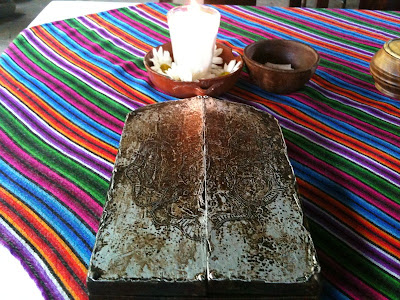 They had this really impressive presentation of the menu with this little wooden tablet. 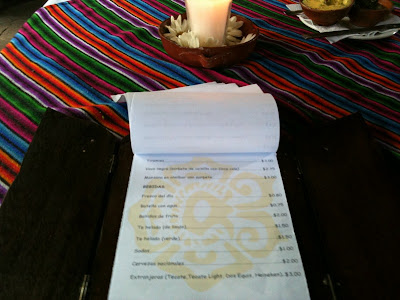 That opened up to reveal the menu. 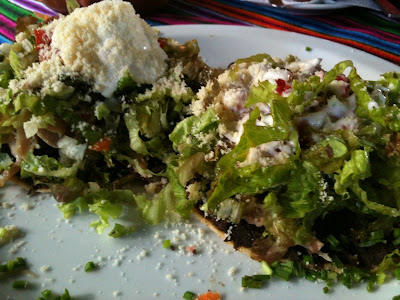 Bread with butter, herbs and olive oil and Salvadoran Enchiladas. 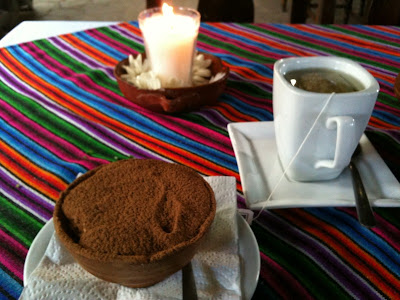 Tiramisu and Chamomile Tea. And all the food was delicious.

I could have taken a nap right there in the restaurant. But, I decided I should ride on.

The next town that I came across was called Ataco. It is noted for it's artesania and wall murals. 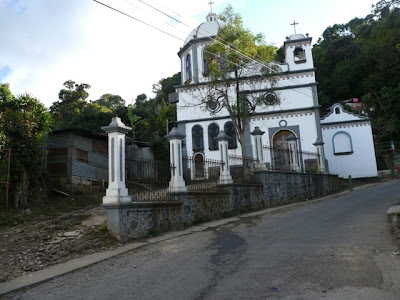 The first thing I noticed when I entered the town was this unique looking church. I'm not sure what style of architecture this might be, any guesses? 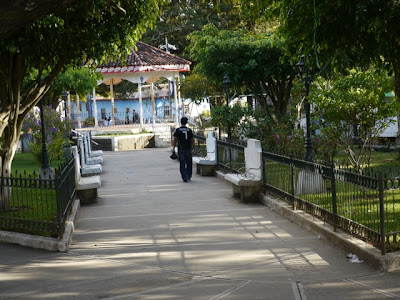 They also had a nice park. 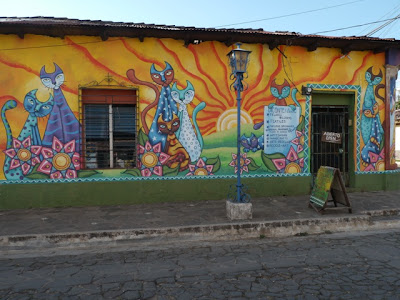 And this eclectic artesan shop. 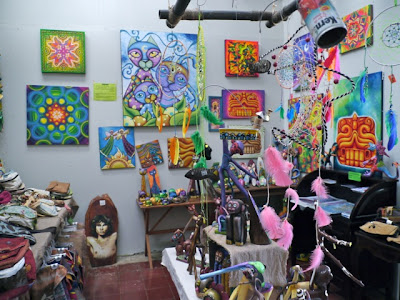 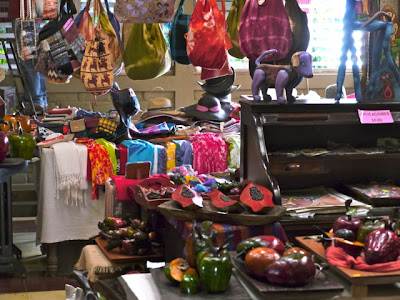 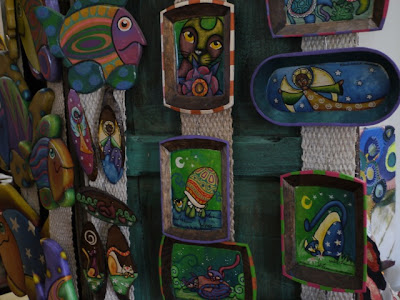 It was getting late so I needed to start heading back. It was a nice day of exploring without really having an agenda.
By Troy - November 23, 2011