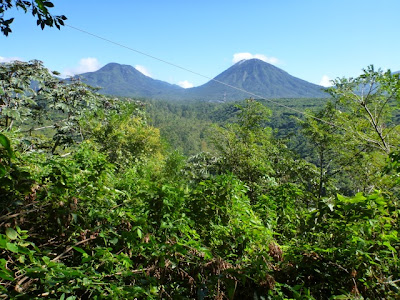 While staying in Juayua I heard about this area called Las Siete Cascadas (The Seven Waterfalls). 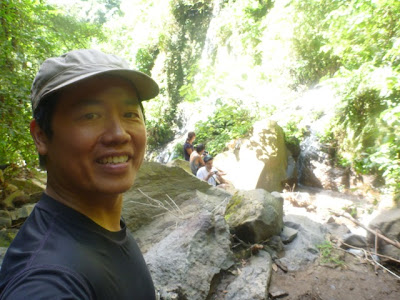 I met some other travelers and we decided to check it out. The Hotel Anahuac connected us with a guide named Douglas... he was great. 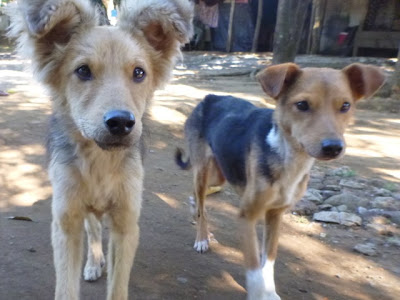 These cute little dogs decided to follow us and join in on the fun. 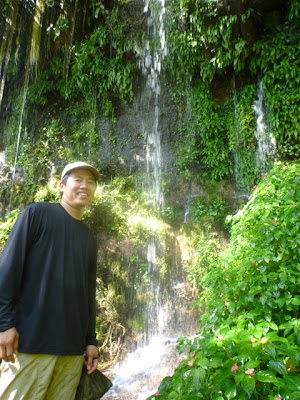 Here's one of the waterfalls. 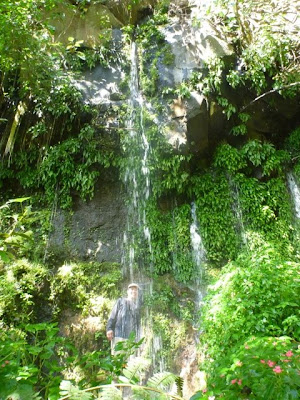 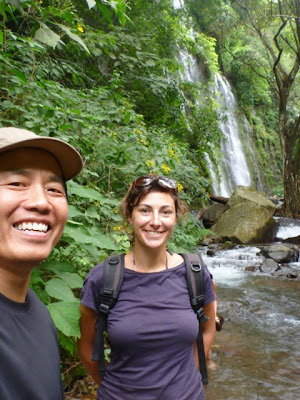 This is Lauren from Tasmania and another waterfall. Her self proclaimed nicknames was Osita (little bear). 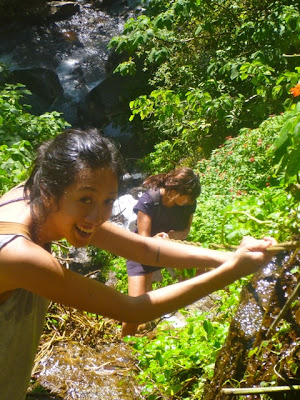 This is Catherine from Australia descending a waterfall. Her appointed nickname was Gatita (little cat). 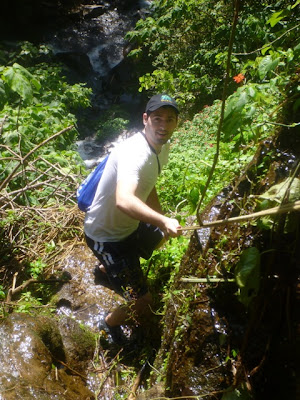 This is Jeff from New York descending a waterfall. No nickname. 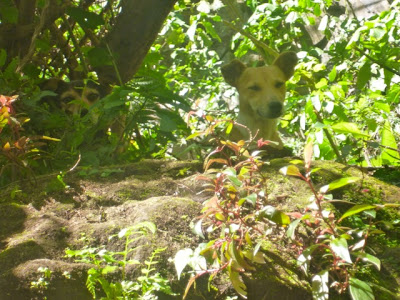 Four gringos walking through the forest seemed interesting to these guys. There were actually four dogs that followed us all the way. 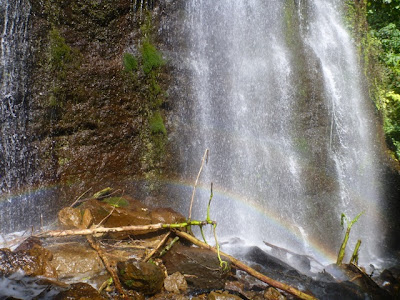 It looked like there was a double rainbow at this waterfall. Wow, what could it mean? 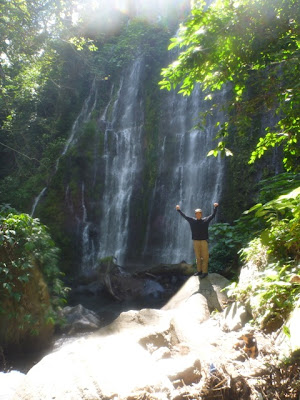 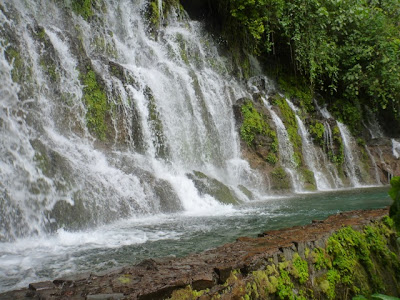 At the end we arrived at this waterfall which had a nice pool in which to swim. 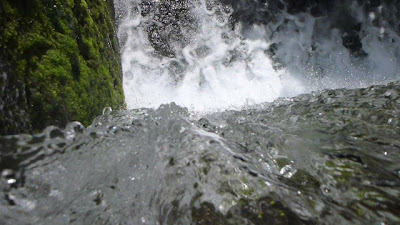 Looking over the edge of the top of a waterfall. 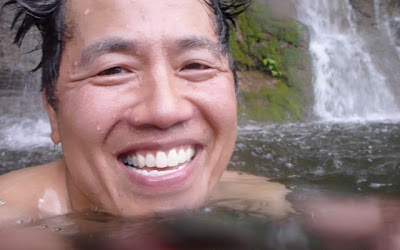 Just enjoying myself after a nice four hour hike with a little swimming.
By Troy - November 22, 2011