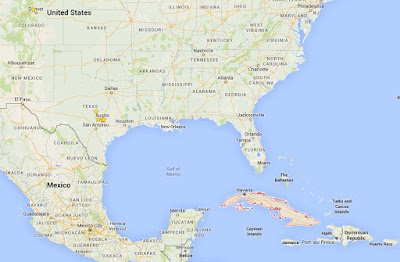 The Adventure Begins with the simple idea to travel to Cuba.

From elementary school, I remember history lessons about Cuba, the Cuban Missile Crisis and the Bay of Pigs Invasion. Over the years, I have heard stories of Castro, Che, Communism, baseball, music, salsa and beaches. 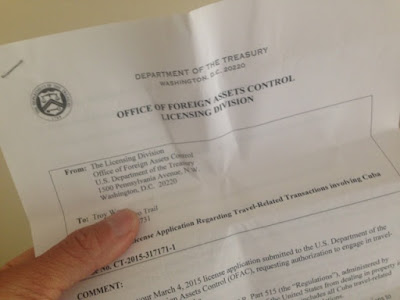 I chose the second option. 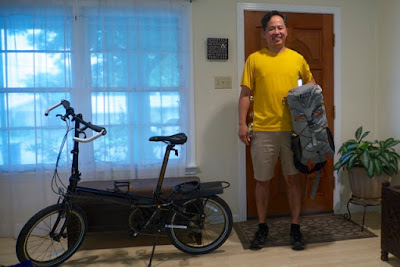 I decided to travel light… a folding bicycle, small backpack and my camera bag. 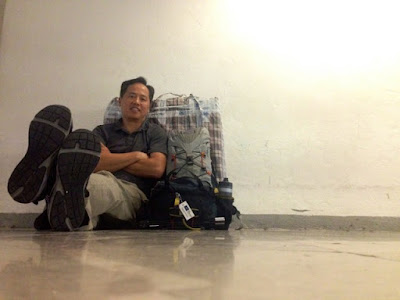 I flew from Houston to Mexico City, Mexico and spent the night in the airport since my flight was leaving at 6am the next morning. My bicycle folded up nicely and fit into the bag I'm leaning on. 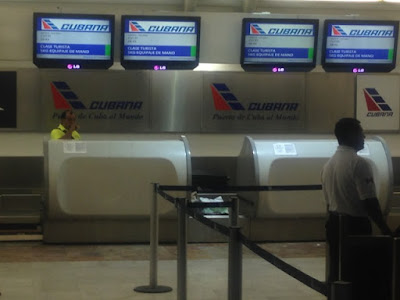 From Mexico City to Havana I was flying on Cubana Airlines… a first for me. 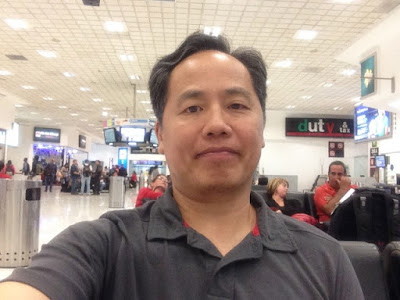 After checking in my baggage, I went to the departure terminal and waited. 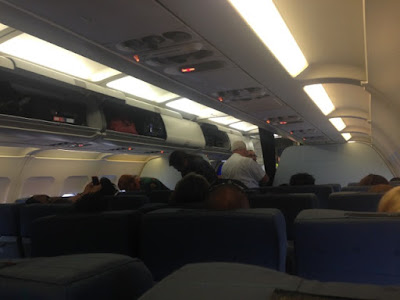 Once I boarded the Cubana airplane it appeared like just about any 1990 era airplane. 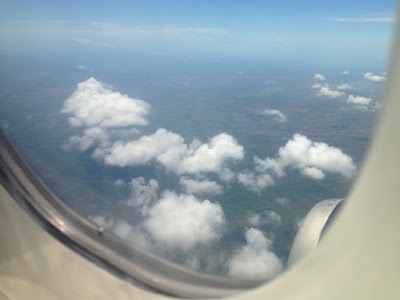 We flew for about two hours. We seemed to circle part of the island before landing. 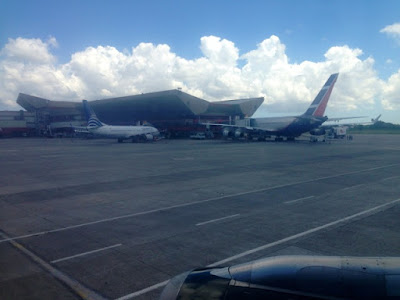 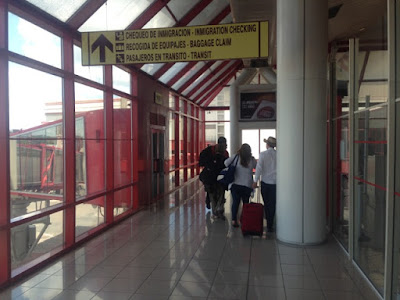 Inside it appeared modern.

I often get a sense of a city from the first few steps that I take after departing from an airplane. Is it cold, hot, dry or humid? Are the people in a hurry? Are they smiling, laughing or stoic? I expected Havana to be warm and humid since it is a Caribbean island. However, I was surprised that I deboarded into a cool and relatively temperate airport. 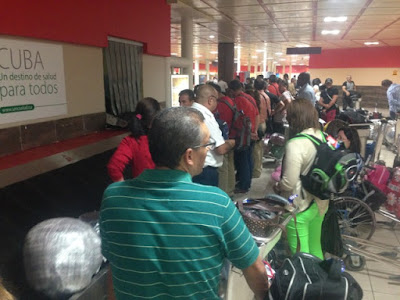 I waited for my bag with my bicycle along with all the other people. 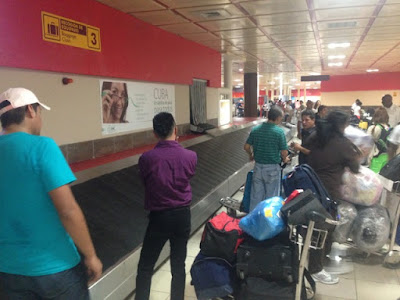 It did not show up after about 30 minutes. I was getting a little nervous so I started to ask around. 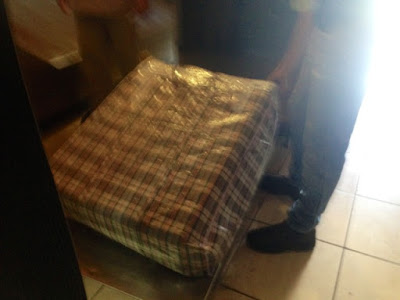 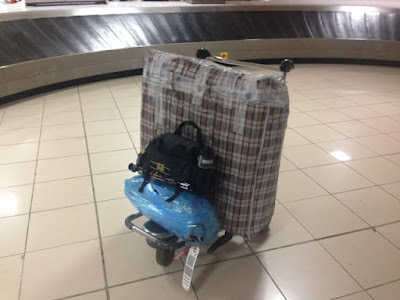 Here's all my gear… bike, backpack and camera bag. 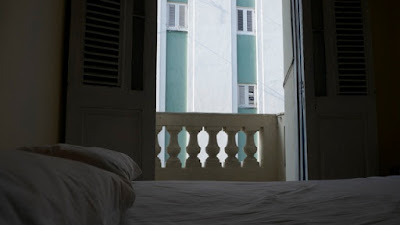 I caught a taxi into the center of town and found my hotel. Really it was a casa particular, something akin to a bed and breakfast called Casa de Don Gregorio.

The owner of the bed and breakfast was an interesting character. It turns out Don Gregorio was an Russian expat that visited Cuba a number of years ago and never left. He did not fit the stereotype of a Russian - tall, stern, serious. He was shorter than 6 feet tall, slender and quite affable. He met a tall slender Cuban lady and married her. Together they acquired an apartment on the sixth floor of a building in central Havana. Speculating that there would soon be a flood of tourists from America washing up on the shores of Cuba, he decided to open a casa particular. 10CUC or US$10 was all that he was charging. I was his first guest.

I was tired from traveling. I took a nap. 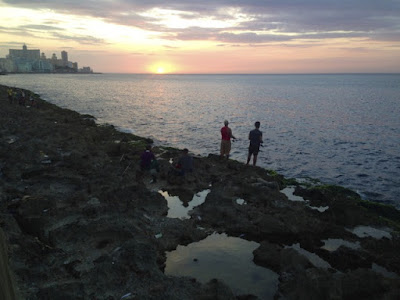 I woke up in the afternoon and went for a walk along the Malecon. I was greeted by the ocean, some fishermen and a Caribbean sunset. 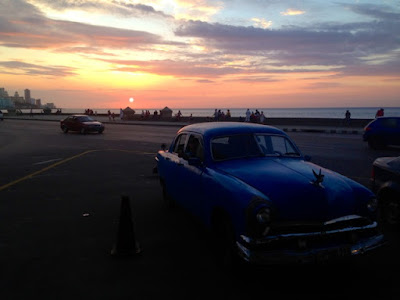 My casa particular was about four blocks from the Malecon - the famous seawall that stretches around the cost of Havana. As I walked along the Malecon there were a number of couples embracing and chatting. There were a number of men fishing. They had handmade wooden spools with fishing line, a weight, a hook and some bait. They would hold the spool in one hand and whirl the fishing line in the other hand and at the right moment they would sling the line into the ocean. When a fish would strike, they would jerk the line then quickly retrieve the line by winding the line around the spool. Simple. Effective.

I walked about a mile or so down the Malecon. I came upon the area known as the American Special Interest Section in Cuba. I peered from a distance, but turned around.